Presentation on theme: "Earthquakes Chapter 6. Types of Stress Millions of year and the following forces cause change in shape and volume Tension – stretches rock, occurs where."— Presentation transcript:

2 Types of Stress Millions of year and the following forces cause change in shape and volume Tension – stretches rock, occurs where two plates are moving apart Compression – pushes rock together and squeezes until it folds or breaks, occurs when one plate pushes against another Shearing – causes rocks to slip or break apart, pushes rock in two opposite directions

5 Types of Faults-along plate boundaries 1. Normal Fault – Rock above moves downward in relation to the rock below the fault Ex: Sierra Nevada’s  Hanging wall – block of rock above  Footwall – rock that lies below 2. Reverse Fault – Rock above fault moves up and over the rocks below Ex: Himalayans 3. Strike Slip Fault – Rocks moving past each other without much upward or downward movement Ex: San Andreas Fault of California other Regardless of their magnitudes, most earthquakes are the result of plates moving over, under and around each other

7 2.2 Seismic Waves – waves of energy produced during an earthquake, carries away Focus – point in Earth’s interior where the release of energy occurs, seismic waves are produced and travel from this point Epicenter – point on Earth’s surface directly above an earthquake’s focus Waves that travel outward from the focus: 1. Primary Waves – occur when the particles in rocks compress and stretch to transmit waves move in same direction - fastest 2. Secondary Waves – particles in rocks move at right angles to the direction of the wave - slowest Waves that move outward from the epicenter Surface Waves – move in an elliptical and back and forth swaying motion - lastlast

12 Locating an Epicenter Seismograph stations measure seismic waves (figure 14-8) The further apart the waves, the further away the epicenter is Three seismograph stations are needed to measure the epicenter. Distance from the station is measure then with two others it measures the direction of the epicenter Moho Discontinuity – boundary between Earth’s crust and the upper mantle; seismic waves travel slower above the Moho and faster below it due to density differences Shadow Zone – area where seismic waves cannot reach because Earth’s liquid outer core bends primary waves and stops secondary waves

15 Steps to Earthquake Safety – Drop, cover and hold!! Seismic safe structures – resistant to vibrations that occur during an earthquake  Page 192-193  Base Isolated Building - Rubber/steel blocks that buildings sit on  Cement pillars with reinforcing rods wrapped around them for highways Most loss of life occurs when people are trapped in crumbling structures

Download ppt "Earthquakes Chapter 6. Types of Stress Millions of year and the following forces cause change in shape and volume Tension – stretches rock, occurs where." 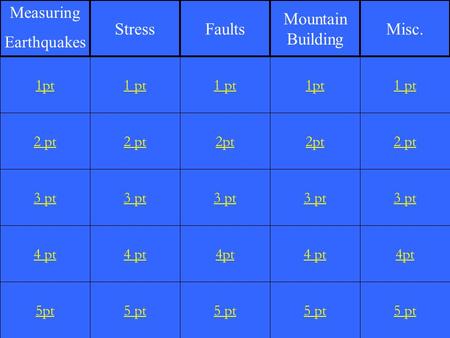 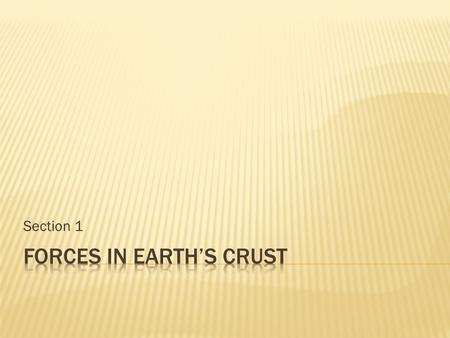 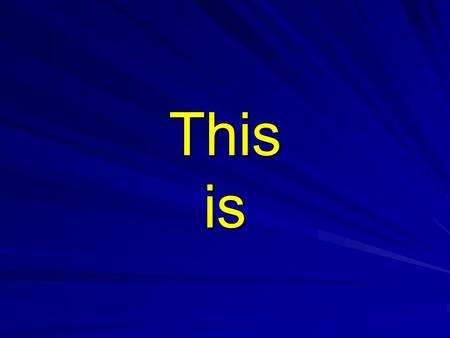 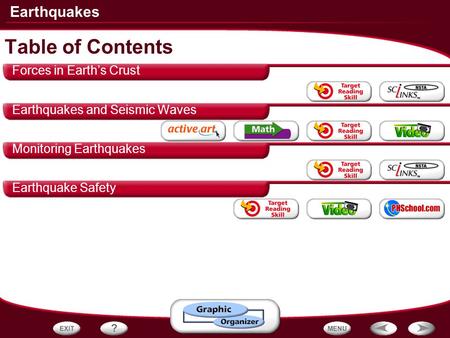 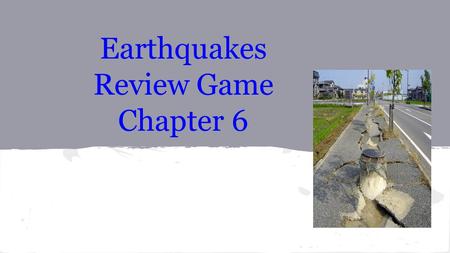 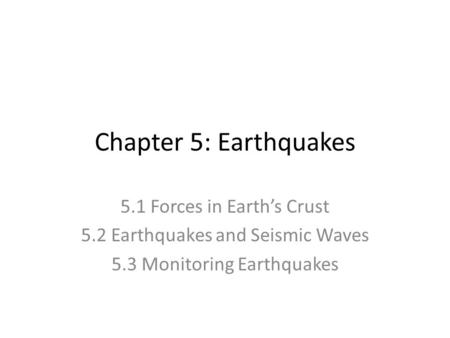 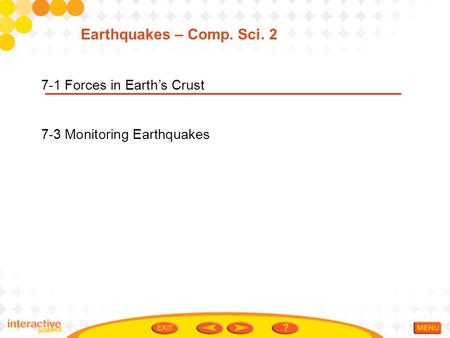 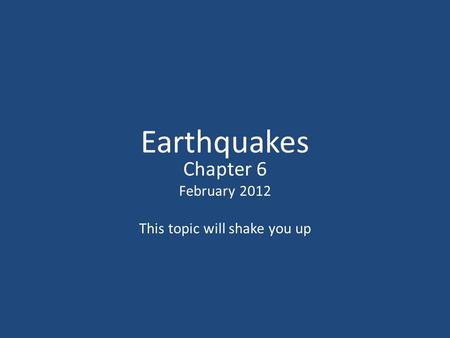 Earthquakes Chapter 6 February 2012 This topic will shake you up. 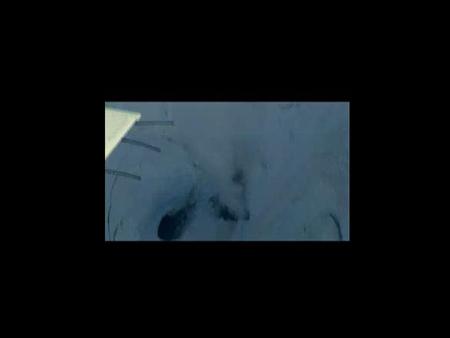 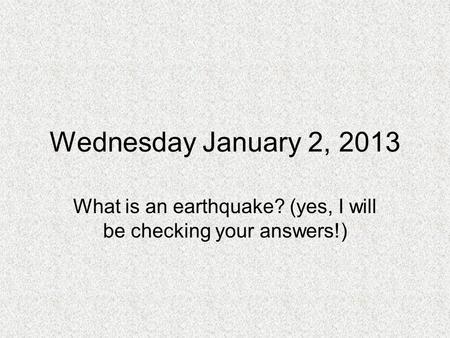