2 Preparation of the Law and Plan (1) The Basic Law on 『 Promotion of Geo-Spatial Information Utilization 』 was established in May 2007 〔 Politician’s Efforts 〕 (2) The Implementation Plan in accordance with the Basic Law will be published by the end of March 2008, subject to the Cabinet approval. 〔 Reaction by the related Governmental Offices 〕

5 Study on the system to deliver such information on operating status, etc of GNSSs must be conducted For stable utilization of GPS in Japan PNT in Japan is totally dependent on Others Periodical get together of “US-Japan GPS Talk” To communicate and coordinate with GNSS providers Car-Navi Surveying Transportation PND PNT is widely utilized in Japan It is imperative to secure effectively the environment to obtain reliable GNSS services in a stable manner Useful information such as satellite unhealthy must be provided to people Communication and coordination with the operators of GNSSs must be made ○Use of PNT depends heavily on GPS ○Status information of GNSS providers (GPS, GLONASS, Galileo etc) is needed Participation to the UN ICG and providers forum As J-Government, to promote coordination and cooperation among GNSS provider countries GPS : Global Positioning System 12

8 The main Role of the Government (2) C. Utilization of Geo-Spatial Information by Ministry Respective ministerial office will promote utilization of Geo-Spatial Information by making the effectiveness of GIS ／ Space-based PNT utilization widely known, for such fields where the municipal governments, etc. may attain efficiency and sophistication enhancement of their activities by making use of GIS ／ Space-based PNT.

9 Measures for Space-based PNT A. To secure the environment to obtain reliable PNT (1) Communication and coordination with GNSS providers: The Government of Japan will communicate and coordinate with the US Government to realize stable utilization of GPS in Japan through as far as possible periodical meeting of US - Japan GPS Talks, where relevant issues for GPS utilization is discussed based on "The Joint Statement of the both Government as to Utilization of GPS" of September, 1998. The Government of Japan will participate the ICG established by COPUOS, and the GNSS Provider Forum to gather information on the development and utilization of GNSS in the relevant countries ( GPS, Russian GLONASS and EU Galileo ), in addition to strengthening of the relationship between Japan and the GNSS provider nations by taking the use of GNSS from various nations into consideration.

10 (2) Information Supply for Improvement of Space-based PNT Utilization: The Government of Japan will study and take necessary measures based on the conclusion of such study, proper system to provide the relevant users with information on the operational conditions of GPS for reliability and stable availability. B. Basic Concept of R&D for Space-based PNT: The Government of Japan will undertake R&D mainly for the complementary space-based PNT system, while the private sector will conduct R&D for the augmentation system; provided, however, that the Government of Japan will be involved in high-risk R&D by the private sector, in consideration of the present conditions wherein Satellite Positioning is widely used for the people's life, and in recognition of needs for Japan to establish the technical foundation of space- based PNT, as well as keeping in mind active utilization of private sector resources and fostering of private sector industry.

11 The next step To establish the Basic Law for the Space Utilization which being under discussion at the LDP. 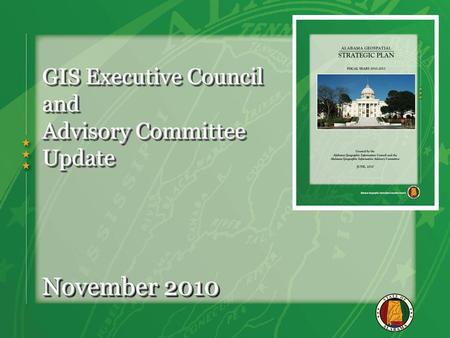 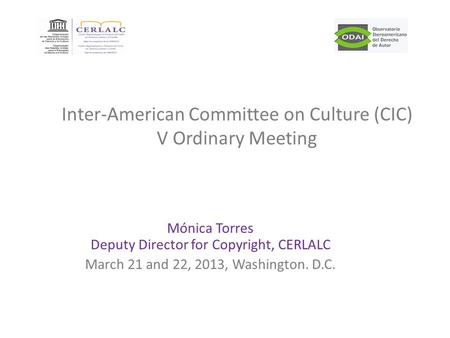 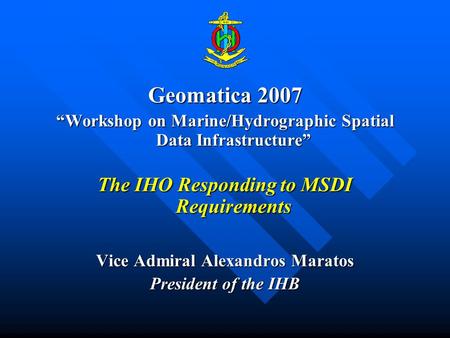 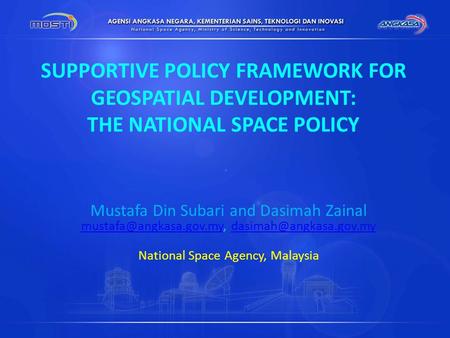 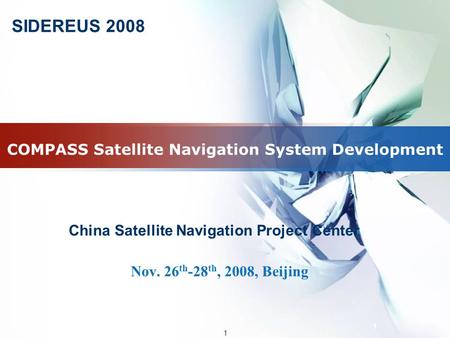 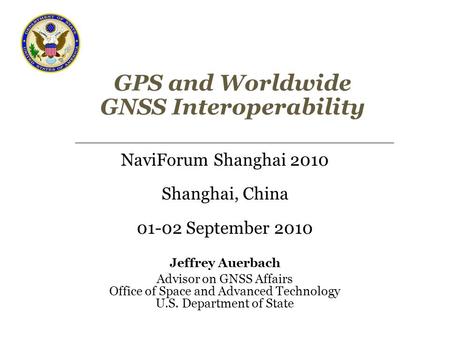 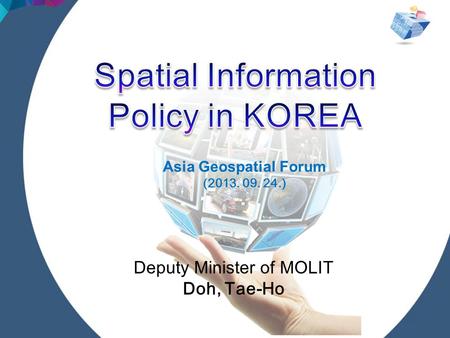 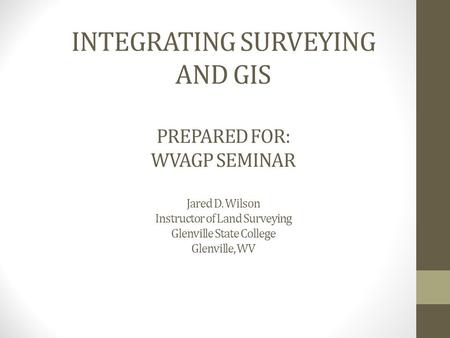 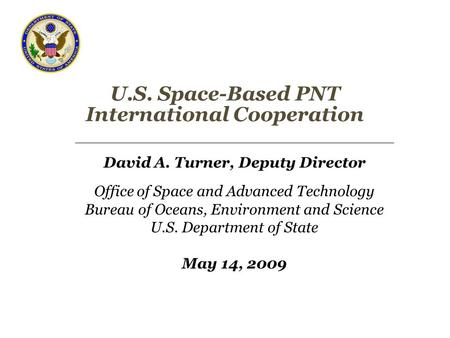 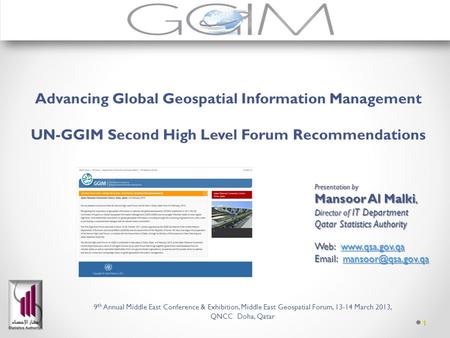 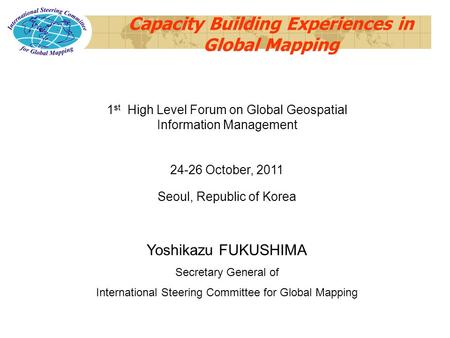 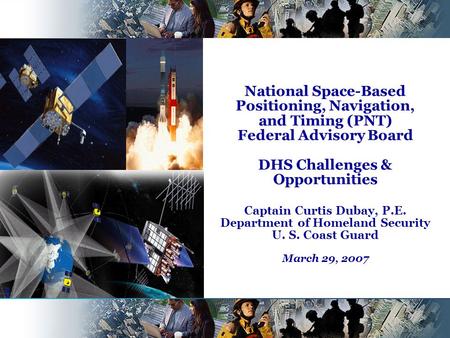 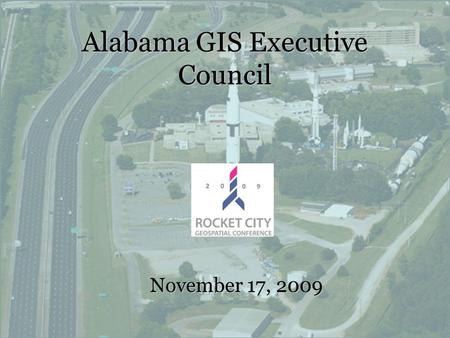 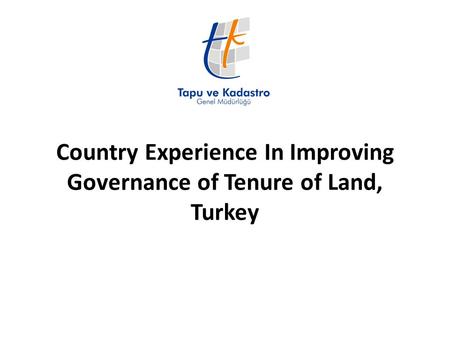 Country Experience In Improving Governance of Tenure of Land, Turkey. 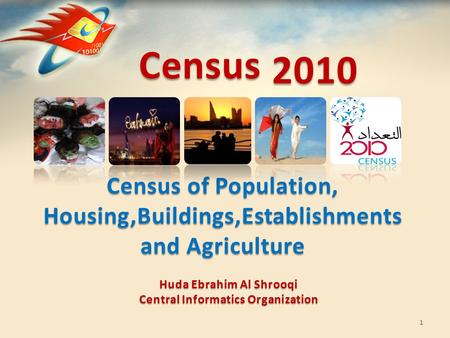 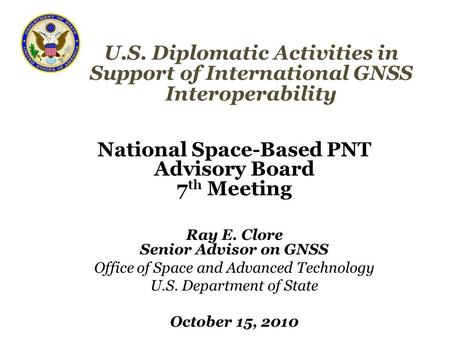 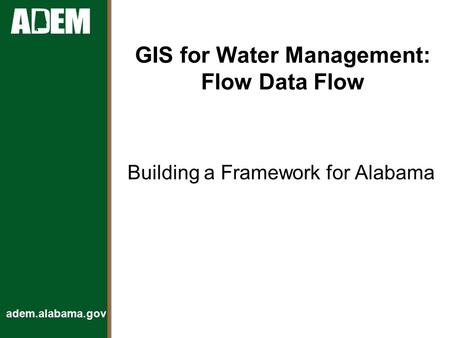