Presentation on theme: "Next page Chapter 16: The Personal Distribution of Earnings."— Presentation transcript:

1 Next page Chapter 16: The Personal Distribution of Earnings

2 Jump to first page 1. Describing the Distribution of Earnings

3 Jump to first page Annual Earnings Distribution, 2002 The distribution of personal earnings among full-time workers is highly unequal and skewed right. The distribution is characterized by (1) much bunching around the leftward mode, (2) and extended rightward tail, (3) a mean, $40,140, that exceeds the median, $30,000, (one-half above, one- half below).

4 Jump to first page Lorenz Curve The Lorenz curve provides a summary of the earnings distribution. The straight red line represents perfect equality in the earnings distribution. Twenty percent of all earners get 20 percent of all earnings, 40 percent of the workers would get 40 percent, etc. The curved blue line illustrates a Lorenz curve. The curve shows that lower income workers do not a proportionate share of all earnings. The greater the area between the line of perfect equality and the Lorenz curve, the more unequal the distribution of earnings. Percent of Full-timeEarnings Percent of Full-time Workers Perfect Equality 0 100 Lorenz Curve

5 Jump to first page Distribution of Annual Earnings, 2002 The distribution of personal earnings among full-time workers is highly unequal as the highest 20% of earners received 46.5% of all earnings.

9 Jump to first page n Other income sources u High wage income persons tend to higher rental, interest, and dividend income. F Including these sources increases inequality. u Low wage income persons are more likely to get income transfers such as welfare. F Including these sources decreases inequality. u If all other income sources are included, then the income distribution becomes more equal. F The income transfer effect is stronger. Cautions

10 Jump to first page 2. Explaining the Distribution of Earnings

12 Jump to first page u Persons with more formal education get on- the-job training and thus expands their earnings differentials with less-educated workers. u Workers with on-the-job training tend to work more hours per year and thus the variance in annual earnings. Human Capital Theory

13 Jump to first page n Ability u Direct effect F Persons with greater ability will have greater earnings due to their greater productivity. u Complementary effect F If elements of ability are complementary (e.g., IQ and motivation), then they will have a multiplicative rather than an additive effect on earnings. u Human capital effect F Persons with more ability will get more education and thus increase earnings inequality. Modified Human Capital Theory

14 Jump to first page n Family background u Direct effect F A child born into a family with a family- owned business is likely to employed in the family business and have higher earnings later in life. F Families with “good connections” may be able to help their children get high-paying jobs with friends and associates. u Human capital effect F High income families can more readily provide formal education for their children. Modified Human Capital Theory

18 Jump to first page 3. Mobility Within the Earnings Distribution

20 Jump to first page n There is a lot of churning or year-to- year movement across earnings categories independent of life cycle effects. n The earnings mobility rates are lower for blacks than whites and less in the lowest and highest earnings categories. Churning

24 Jump to first page n Deindustrialization u Employment has shifted to the low wage and high variance service sector. u The employment shift to services can only explain a small part of the rise in inequality. n Import competition and the decline of unions u Increased import competition and the associated decline in unionism has lowered the wages of less-educated workers and thus raised inequality. Why the Increase in Earnings Inequality?

Download ppt "Next page Chapter 16: The Personal Distribution of Earnings." 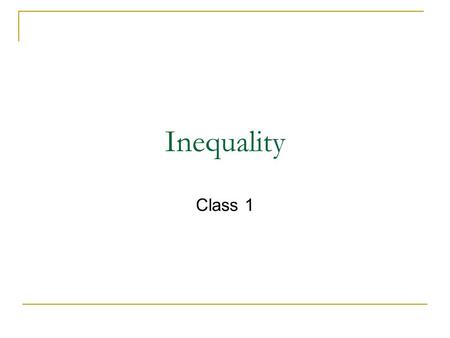 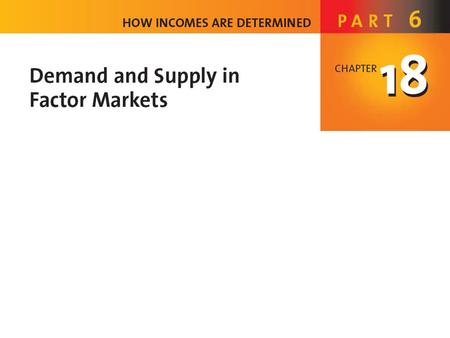 When you have completed your study of this chapter, you will be able to C H A P T E R C H E C K L I S T Describe the anatomy of the markets for labor, 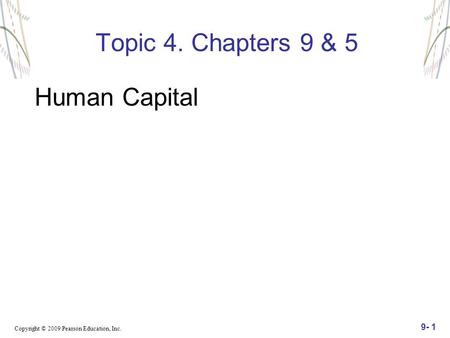 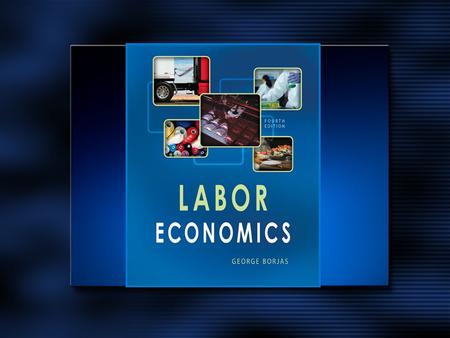 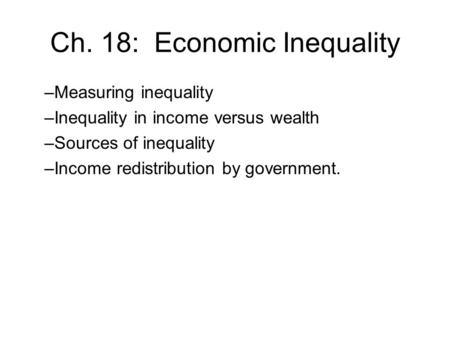 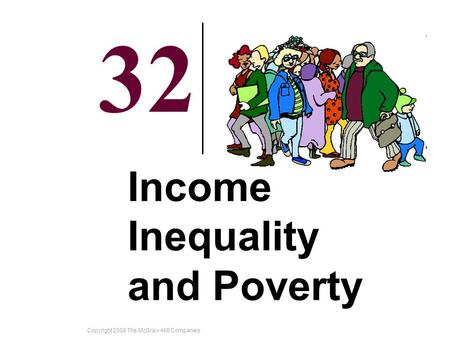 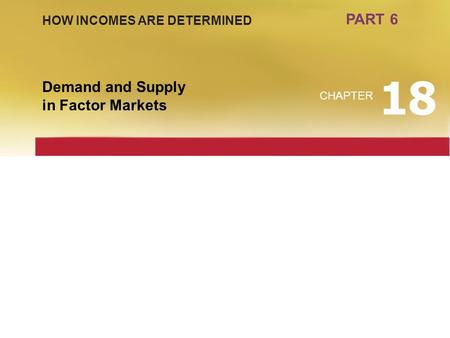 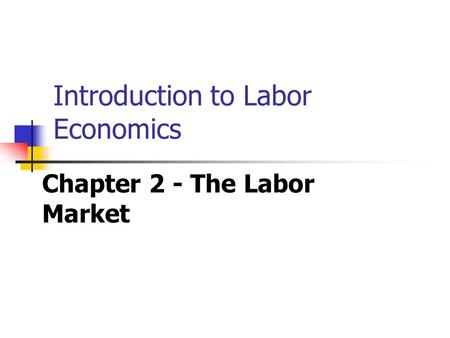 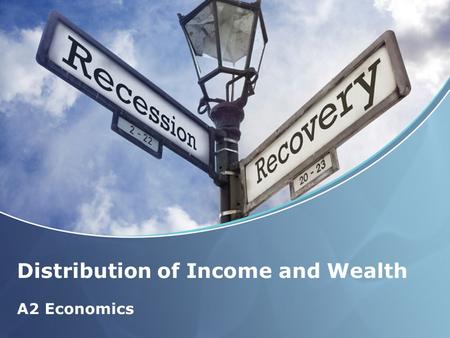 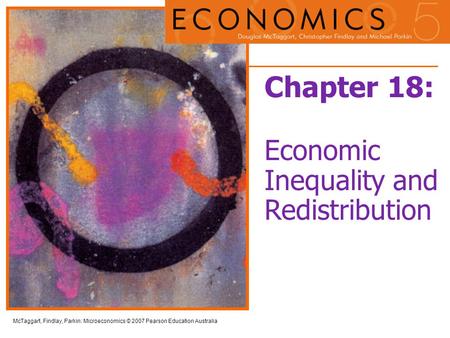 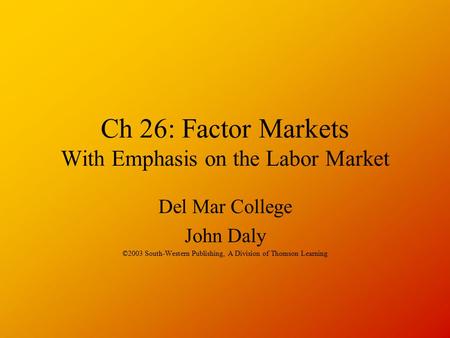 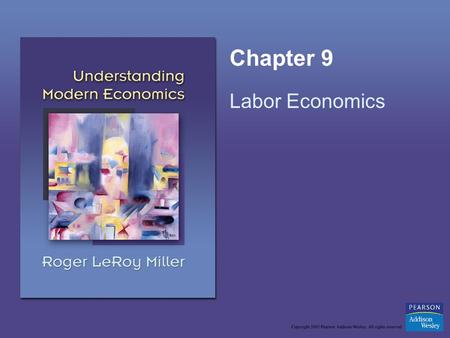 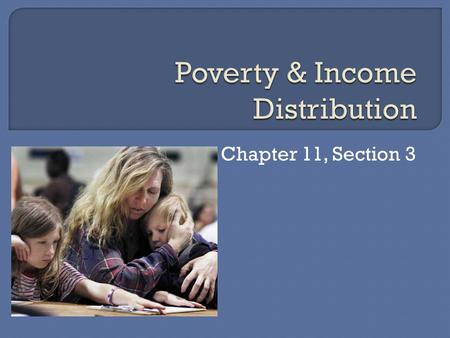 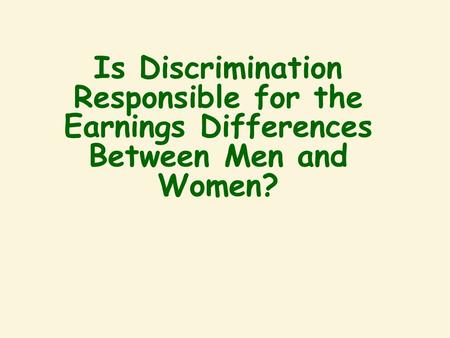