1 Semantic Similarity Computation and Concept Mapping in Earth and Environmental Science Jin Guang Zheng (zhengj3@rpi.edu), Xiaogang Ma (max7@rpi.edu), Stephan Zednik (zednis@rpi.edu), Peter Fox (foxp@rpi.edu)zhengj3@rpi.edumax7@rpi.eduzednis@rpi.edufoxp@rpi.edu Tetherless World Constellation, Rensselaer Polytechnic Institute, 110 8th Street, Troy, NY 12180, United States REFERENCES : [1] http://en.wikipedia.org/wiki/Entropy_(information_theory) [2] http://gcmdservices.gsfc.nasa.gov/index.html [3] http://cleanet.org/index.html SPONSORS: Ontologies have been widely adopted and used by Earth and Environmental Science community to capture and represent knowledge in the domain. One of the major problems that prevent us to combine and reuse these ontologies to conduct real-world applications is the semantic heterogeneity issue, for example, a same term from two different ontologies may refer to two different concepts; or two terms from two different ontologies may have the same meaning. In this work, we addressed the problem by (1) developing a semantic similarity computation model to compute similarity among the concepts in Earth and Environmental Science; (2) based on the computation model, we implemented a concept mapping tool that creates alignment for concepts that are semantically the same or similar; (3) we demonstrated the effectiveness of the tool using GCMD and CLEAN vocabularies and other earth science related ontologies. 1 ABSTRACT2 SEMANTIC SIMILARITY COMPUTATION MODEL DEFINITIONS Semantic Similarity: Semantic similarity measures how alike two things are at semantic and concept level. Information Entropy: Information entropy measures uncertainty of a given information. [1] Global Change Master Directory (GCMD): The GCMD holds more than 28,000 Earth science data set and service descriptions, which cover subject areas within the Earth and environmental sciences. [2] Climate Literacy and Energy Awareness Network pathway (CLEAN): Digital resources for teaching about climate science, climate change and energy awareness – resources are reviewed by educators and scientists, and annotated and aligned with standards and benchmarks. [3] 3 CONCEPT MAPPING BETWEEN GCMD AND CLEAN We provide an online interface for concept mapping service, where user can submit their RDF data. For each concept from ontology A, we return four most similar concepts from ontology B, where user can interact with the system to perform final selection. For each suggestion, we provide a similarity score computed by the system as a guide for the user. MINDMAP OF CLEAN VOCABULARIES MINDMAP OF SUBSET OF GCMD VOCABULARIES 5 CONCLUSIONS AND FUTURE WORK ESIP ‘Funding Friday’ Award 2013 In this work, we presented Information Entropy and Weighted Similarity Model, which computes semantic similarity among entities from different ontologies We developed an online concept mapping tool and performs concept mapping on GCMD and CLEAN. The result demonstrates we can find and match similar concepts between Earth science related ontologies. We implemented an explanation feature, where scientists will be able to see why such a mapping is created, and how two concepts are similar. We will also like to perform concept mapping using more Earth and Environmental related ontologies to demonstrate the applicability of this concept mapping tool in Earth and Environmental related studies. Semantic similarity score is computed using Information Entropy and Weighted Similarity (IEWS) Model IEWS Model consists three components: Information Entropy Computation Component, Property Weight Component, Triple-wise Similarity Computation Component Information Entropy Computation Component and Property Weight Component computes importance and amount of information are given by the description of entities. Triple-wise Similarity Computation component uses these information to compute triple-wise similarity score. Combining these triple-wise similarity score, we get a final similarity score for each pair of entities 4 TRACING SIMILARITY COMPUTATION We provide a list of triple-wise similarity records between two entities. Each record tells how similar two entities are according to one of these entities' features or property descriptions. Features or property descriptions can be dereferenced for further human analysis (why/how these features are similar/different). Scientists can study the similarity records to decide whether or not to accept the mapping. Both CLEAN and GCMD provides rich set of terms to describe Earth and Environment related concepts and knowledge, and are widely used by the scientists Some of the terms in both GCMD and CLEAN are describing same concepts Create a concept mapping between GCMD and CLEAN will enable more interesting works such as data integration Using this mapping tool, we performed concept mapping between GCMD and CLEAN, subset of result is shown in the table. LIST OF SIMILARITY RECORDS Get the poster at: 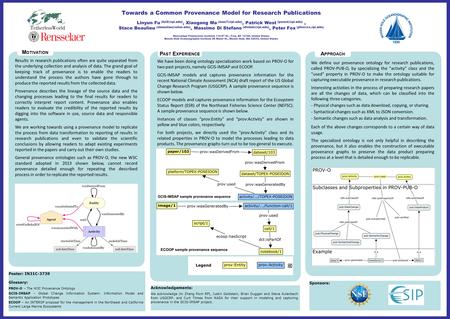 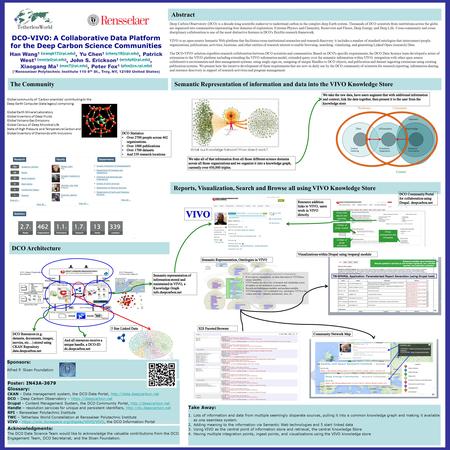 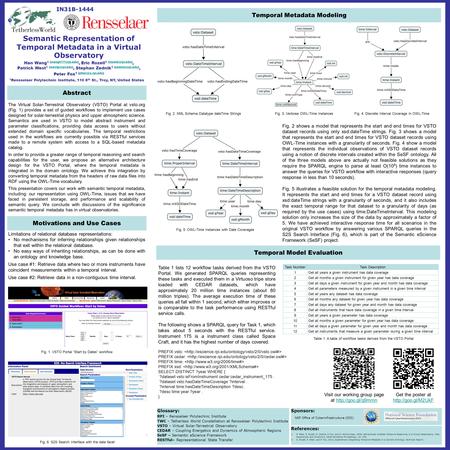 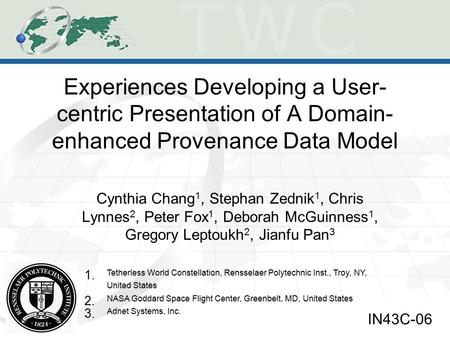 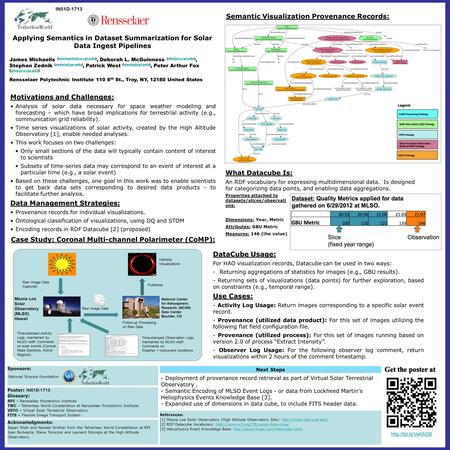 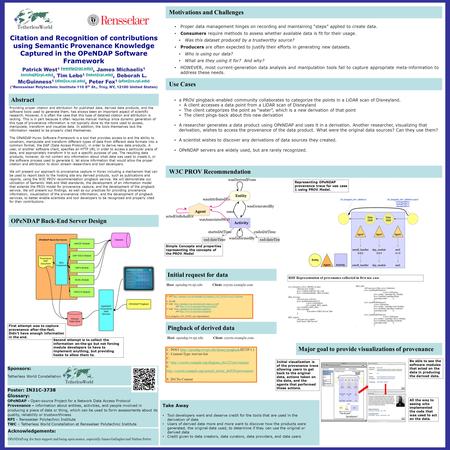 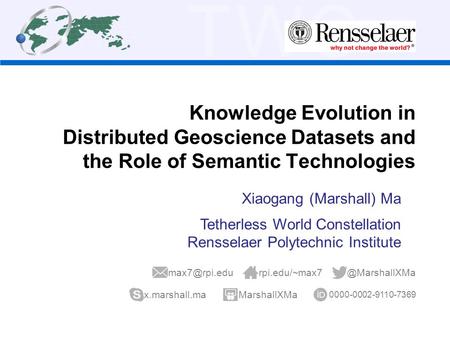 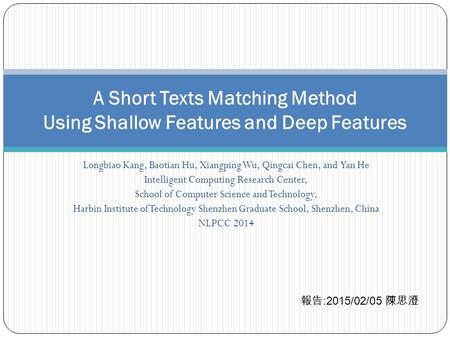 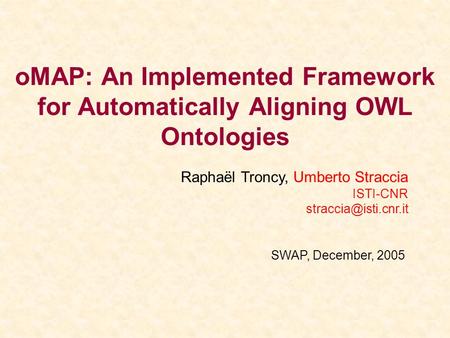 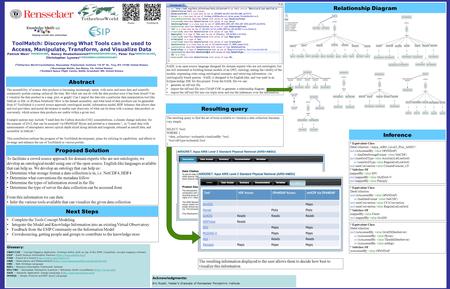 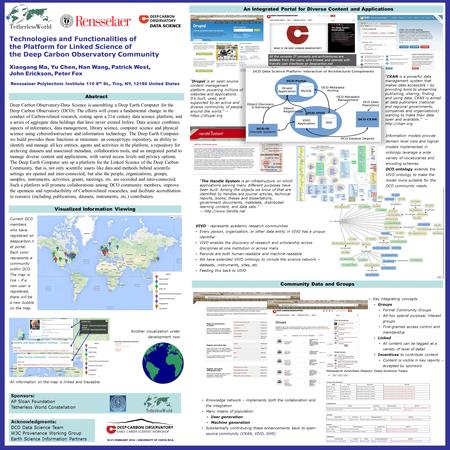 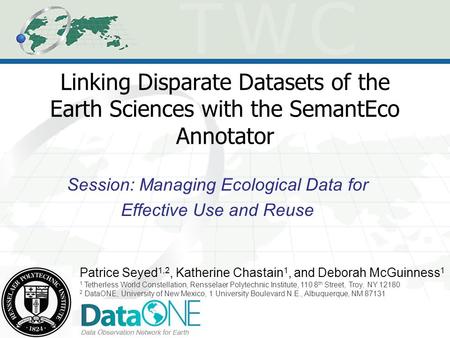 Linking Disparate Datasets of the Earth Sciences with the SemantEco Annotator Session: Managing Ecological Data for Effective Use and Reuse Patrice Seyed. 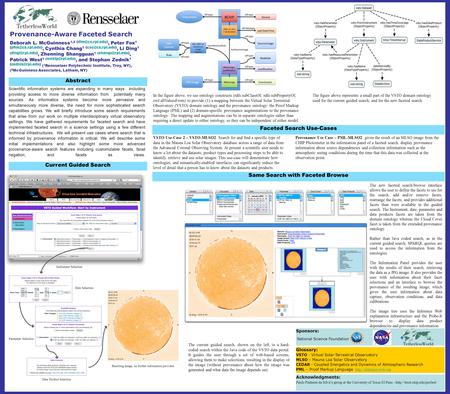 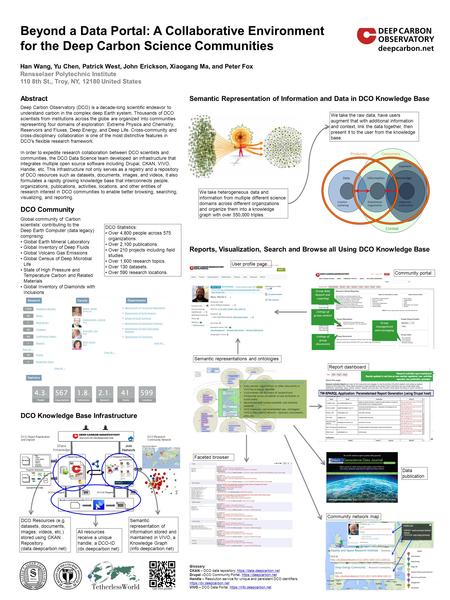 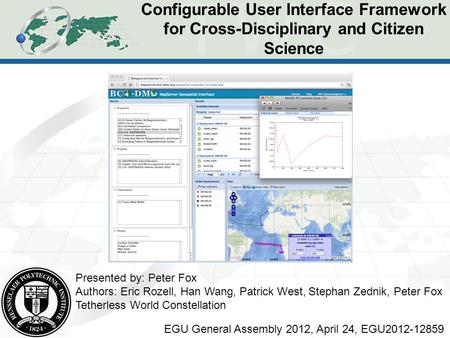 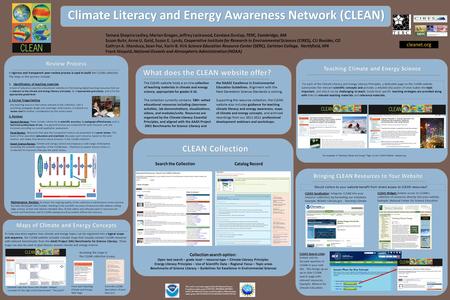 For each of the Climate Literacy and Energy Literacy Principles, a dedicated page on the CLEAN website summarizes the relevant scientific concepts and. 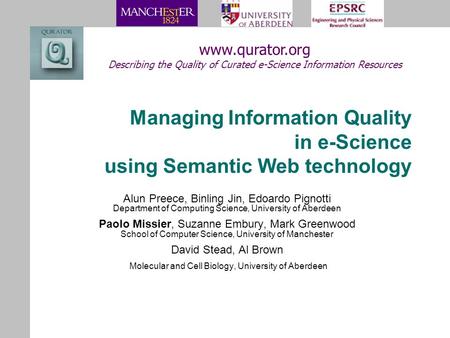 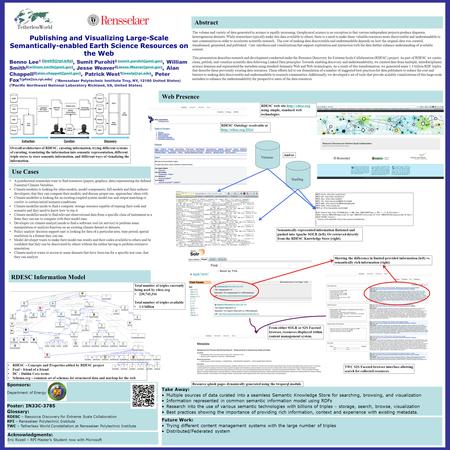 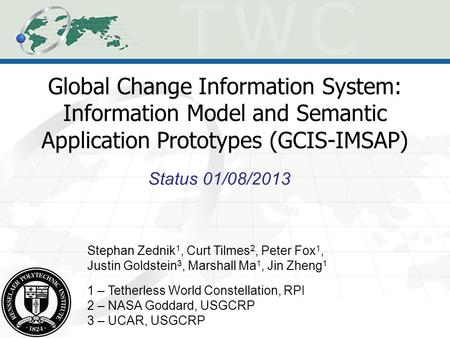 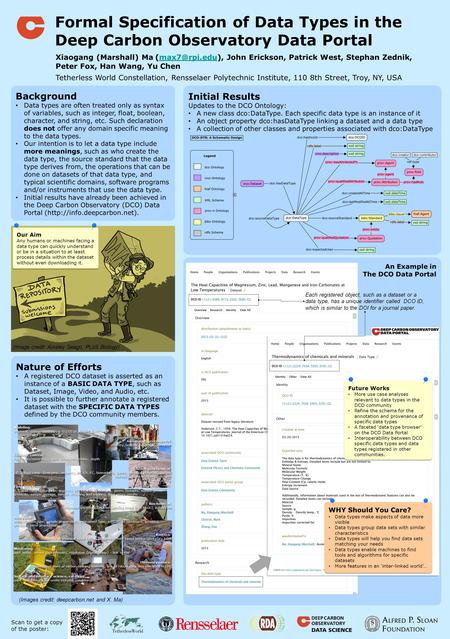