2 Cellular Energy Most of the foods we eat contain energy stored in proteins, carbohydrates, and fats. Before our cells can use this energy it must be transferred to ATP within the body’s cells. Cells transfer the energy in organic compounds to ATP through a process called cellular respiration. Process cellular respiration

4 Cellular Energy: Respiration
The energy-producing process in living things is called respiration. Respiration is the release of energy by combining oxygen with digested food (glucose). Carbon dioxide and water are also produced as byproducts. They are the waste products of respiration. A simple formula to show respiration looks like this: Glucose + oxygen  carbon dioxide (waste) + water (waste) + energy

5 Stages of Cellular Respiration
Cellular respiration occurs in three major stages Glucose is converted to pyruvate doubling the amount of ATP present. Aerobic respiration occurs: Pyruvate goes through the Krebs Cycle. Energy originally stored in glucose-pyruvate is transferred to NADH & FADH2 compounds. In an electron transfer chain, electrons and hydrogen atoms form H2O as a waste product. A phosphate group gets added to ADP and large amounts of ATP result from this.

7 Stage 1: Breakdown of Glucose
Glycolysis is an enzyme-assisted anaerobic (requires no oxygen) process that breaks down one six carbon molecule of glucose to two three-carbon pyruvate ions

10 Stage 1: Breakdown of Glucose: Glycolysis
Glycolysis is followed by another set of reactions that uses the energy temporarily stored in NADH to make more ATP. This next reaction is called the Krebs Cycle or Citric Acid Cycle.

11 Stage 2: Production of ATP
Stage 2: Krebs Cycle In stage 2, “when oxygen is present”, the pyruvate ions enter mitochondria and go through a series of chemical reactions. The result of this reaction is the creation of one molecule of CO2 (carbon dioxide as a waste product) and one molecule of the compound Acetyl-CoA. This Acetyl-CoA compound than goes through a series of reactions called the Krebs Cycle.

12 Stage 2: Production of ATP: Krebs Cycle
Summary: Stage 2 After the Krebs Cycle, NADH and FADH2 now contain much of the energy that was previously stored in glucose and pyruvate. When the Krebs Cycle is completed, the four-carbon compound that began the cycle has been recycled, and acetyl-CoA can enter the cycle again.

13 Stage 3: Electron Transfer Chain
Summary: Stage 3 In aerobic respiration, electrons donated by NADH and FADH2 pass through an electron transport chain. In this electron transfer chain, hydrogen ions get created. At the end of the chain, spent electrons and hydrogen ions combine with oxygen, forming water molecules (H2O) as a waste product. Hydrogen ions diffuse back into the inner compartment through a carrier protein that adds a phosphate group to ADP, making ATP. Up to 34 more ATP molecules are produced at this point by this transport chain.

15 Production of ATP: Summary
The total amount of ATP that a cell is able to harvest from each glucose molecule that enters glycolysis depends on the presence or absence of oxygen. Cells use energy most efficiently when oxygen is present. In the first stage of cellular respiration, glucose is broken down to pyruvate during glycolysis. Glycolysis is an anaerobic process (no oxygen required), and it results in a gain of two ATP molecules. In the second stage of cellular respiration, the pyruvate passes through either aerobic respiration (requires oxygen) or fermentation. When oxygen is not present, fermentation occurs instead.

16 Production of ATP: Summary
Most of a cell’s ATP is made during aerobic respiration. (requiring oxygen) For each molecule of glucose that is broken down, as many as two ATP molecules are made directly during the Krebs cycle, and up to 34 ATP molecules are produced later by the electron transport chain. 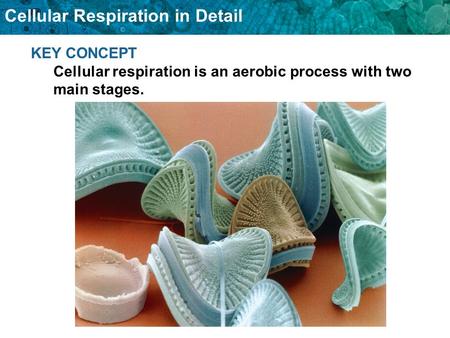 Glycolysis is needed for cellular respiration 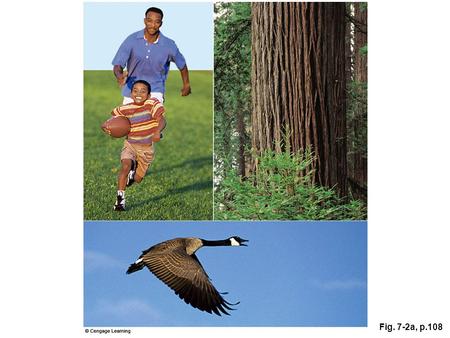 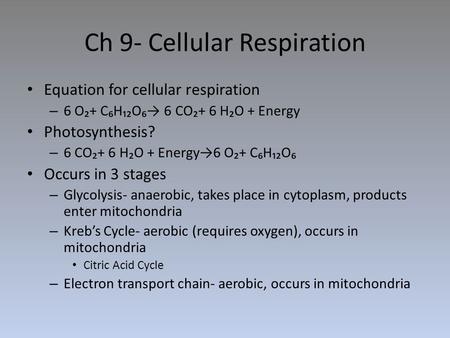 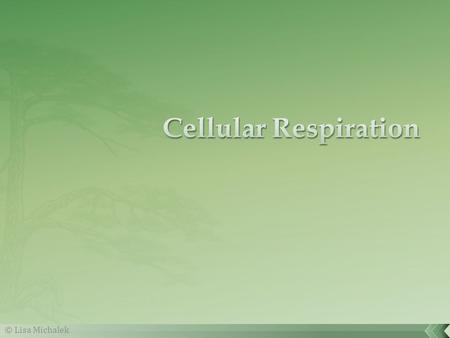 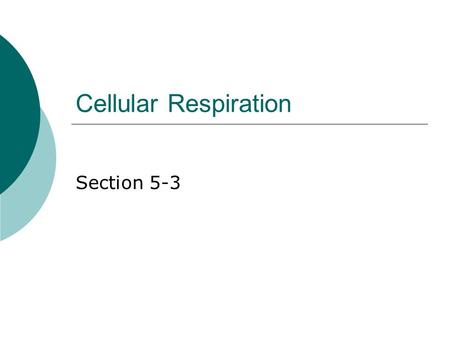 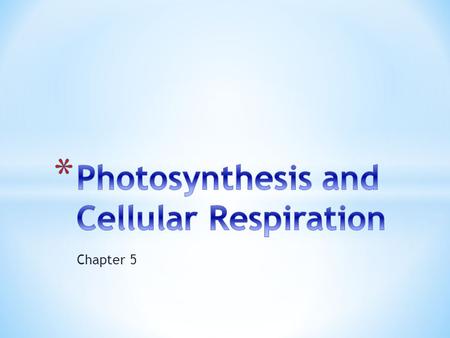 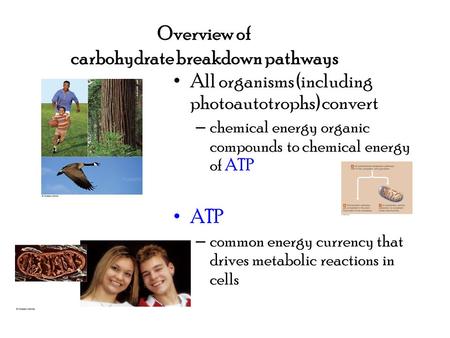 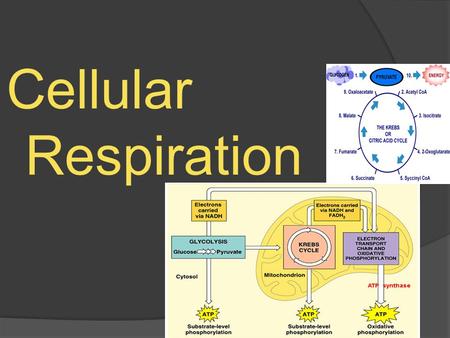 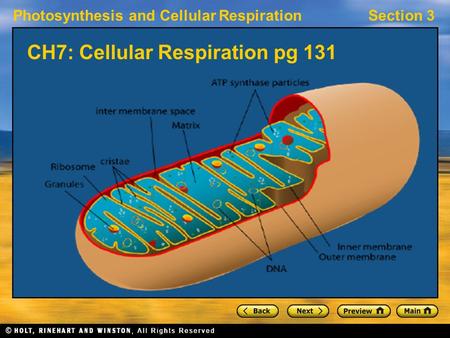 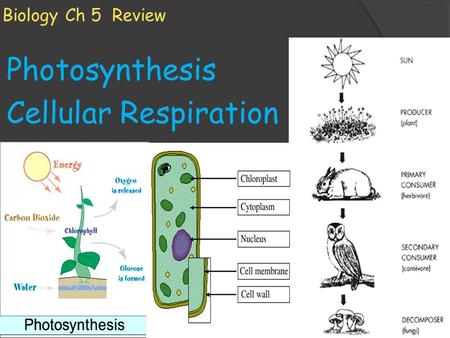 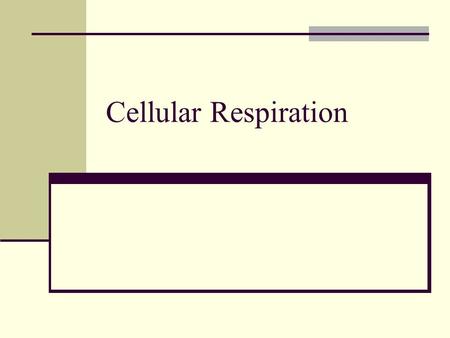 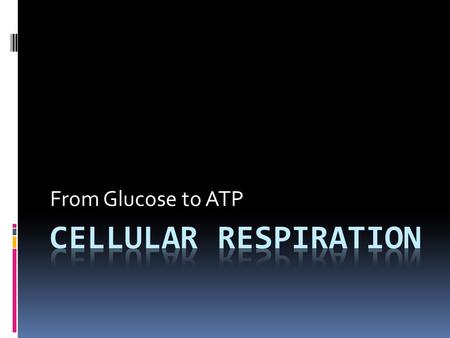 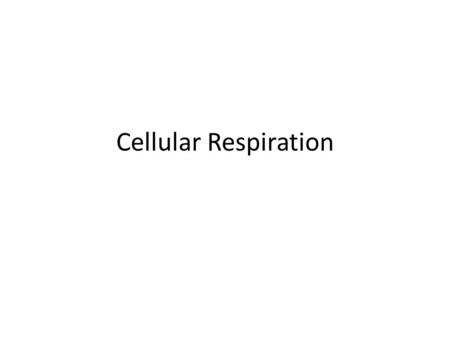 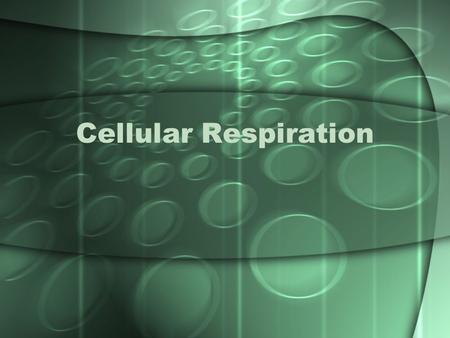 Cellular Respiration 1. g. Students know the role of the mitochondria in making stored chemical-bond energy available to cells by completing the breakdown. 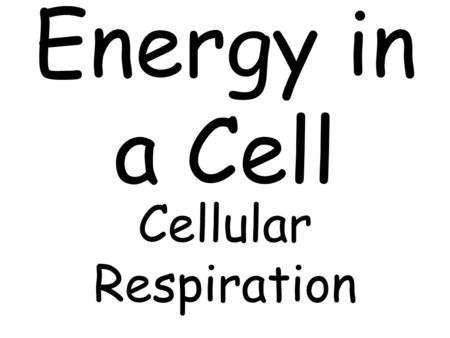