Presentation on theme: "Chapter 15 Comparative International Relations. This (that is the LAST!) Week."— Presentation transcript:

3 A Grand Experiment (on the Edge of Failure?) What is the EU? ▫Post-war cooperation ▫A regional bloc ▫Working together for the whole, or for one’s own benefit? The continuing economic crisis ▫Future of Greece and other struggling economies ▫The Euro

5 Globalization Increasing interactions between people, results in greater exchanges economically and socially Permeability of borders ▫Human and economic capital ▫So, not just goods, but service too ▫Global nature of labour and manufacturing Outsourcing and offshoring ▫In Western nations considered a significant problem ▫In developing states a sign of economic development

6 Globalization 2 Globalizing nature of the economy means more interdependence among states ▫Potential lack of economic/food security? Globalization is dependent upon the concept of comparative advantage ▫Specialization and efficiency

7 Globalization 3 Threats to the state: ▫Less control over the economy ▫Loss of industries ▫Loss of jobs (and the rise of the service sector) ▫Environmental damage (regulation and int’l trade) Protectionism ▫Taxes or tariff barriers

9 Immigration in a Global World Movement of people tends to be away from places with limited economic opportunity to places with more economic opportunity Can be contentious – Mexico and the US; France and Northern Africa; Germany and Turkey How much assimilation should states seek to achieve? ▫Only the most basic liberal values or complete integration? ▫Multiculturalism

13 The Realist Approach of International Relations Does not consider domestic issues, rather states are single rational actors Actors in a global anarchy ▫Defensive realism  Peace is possible ▫Offensive realism  Maximization of power Prefer a bipolar world with a balance of power Game theory

18 Constructivism International and local norms and values matter ▫States aren’t necessarily aggressive all the time ▫In certain contexts state relationships could range from competitive to cooperative History matters, relationships matter Still believe an anarchy, but do so with a mind that it needn’t only be a world dominated by power

19 Marxism Global class system Examines who gains and who loses in global systems ▫Economic power ▫Military power ▫Cultural power Violence is a consequence of capitalism, as the capitalists try to keep advantage and accumulate more

Download ppt "Chapter 15 Comparative International Relations. This (that is the LAST!) Week." 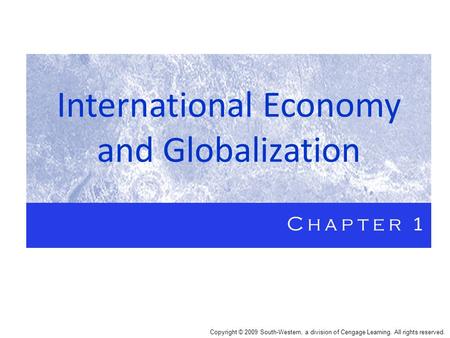 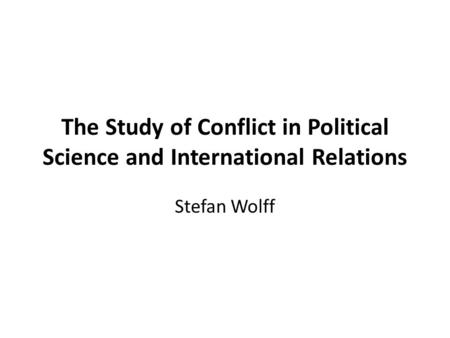 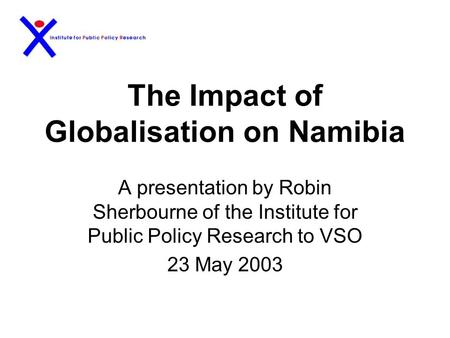 The Impact of Globalisation on Namibia A presentation by Robin Sherbourne of the Institute for Public Policy Research to VSO 23 May 2003. 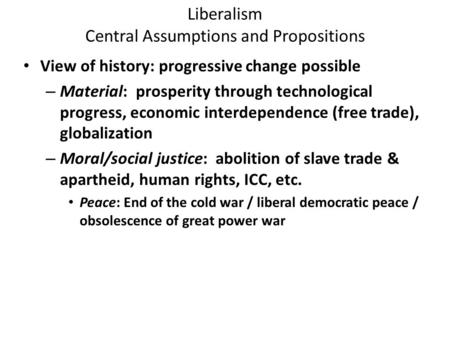 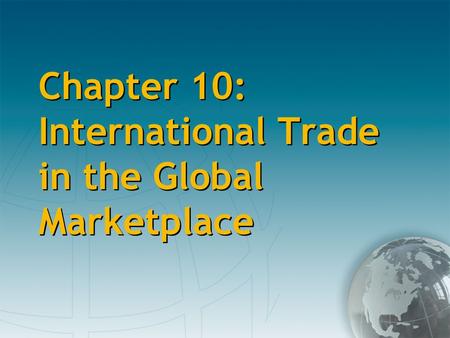 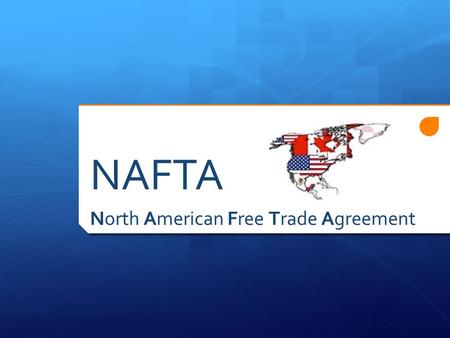 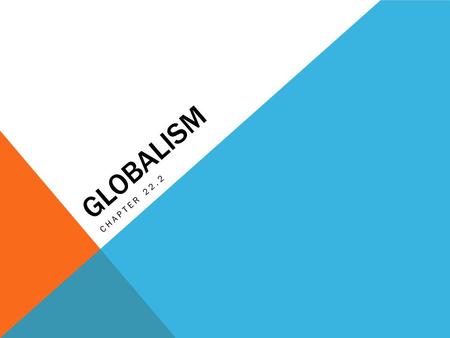