4  Many genes not related to sex are on the X chromosome  They are called sex-linked traits  Example: Drosophila (Fruit fly) eye color

6  Most sex-linked human disorders are due to recessive alleles  Examples: hemophilia, red-green color blindness  These are mostly seen in males  Why??? Figure 9.23A

8  Hemophilia is a deadly disease in which the individual’s blood does not clot properly.  It is caused by a recessive gene on the X chromosome. (X h )  Women can be XX, XX h (carrier), or X h X h (affected).  Men can be XY or X h Y (affected).

9  A pedigree is a diagram that shows how a trait is inherited over several generations.  Circles represent women, squares are men  Solid (dark) is affected (with disease, etc.)  Empty (white) is not affected  Half filled is a carrier (heterozygous)

12  A female who is not color blind, but whose father was color blind marries a color blind male. What is the probability that they will have a child who is colorblind?

17  Huntington’s Disease  Autosomal Dominant  Weakness and deterioration of brain  No symptoms appear until middle age  A person might not know he or she had the gene until after having children. 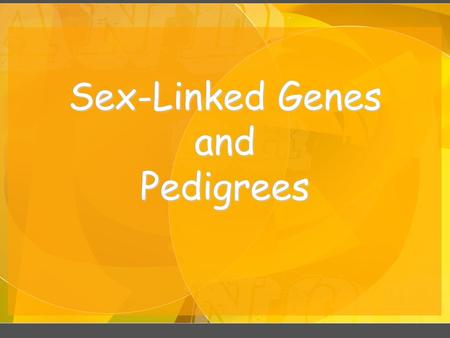 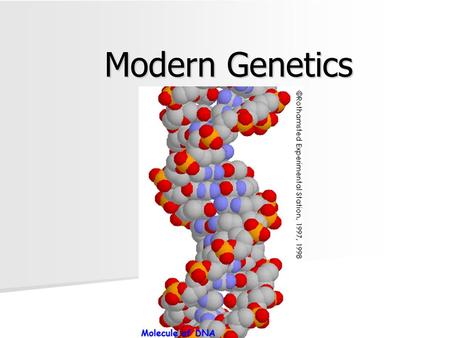 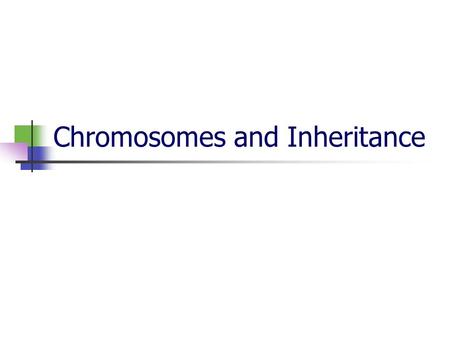 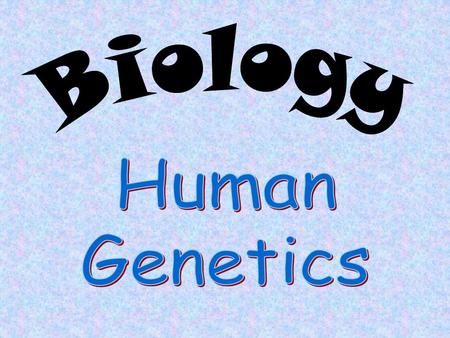 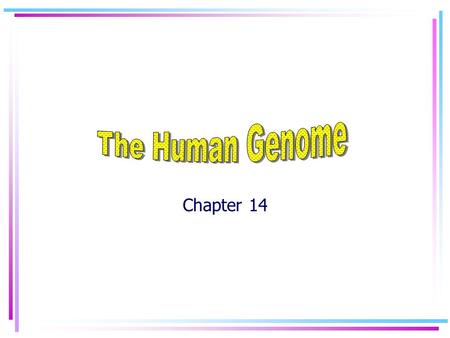 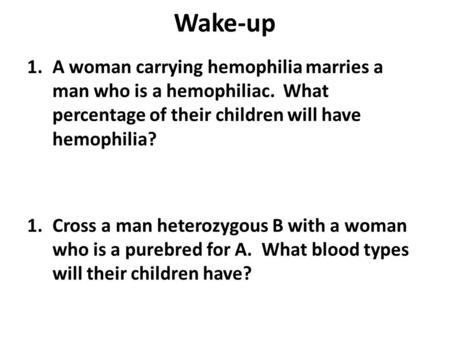 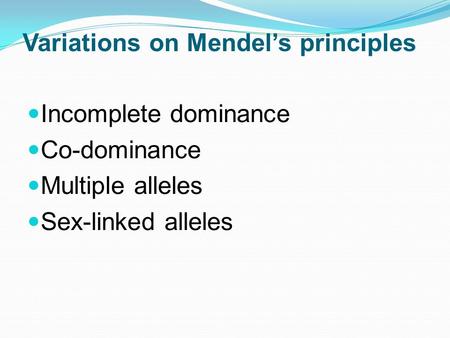