Presentation on theme: "Did not exist under the Articles of Confederation Americans wanted one elected person other countries could identify and respect They didn’t want someone."— Presentation transcript:

3 Able to serve two successive four-year terms (per the 22 nd Amendment in 1951) The delegates of the Constitutional Convention created the Electoral College They wanted only wise, politically experienced citizens electing the president

4 The institution that officially elects the President Equals the number of members in Congress. Ohio has 18 total representatives therefore we have 18 electors in the Electoral College The candidate that receives the absolute majority (270) of electoral votes is elected to President States with the largest numbers: California – 55 Texas – 38 New York – 29 Florida – 29

7 Earns $400,000 a year Lives in the White House—rent free Travels for free via Air Force One Receives $191,300 each year after leaving office

10 Inherent: powers the president uses in foreign affairs that aren’t in the Constitution but are necessary The executive order: to help interpret or carry out a law Personal Influence: encourages people to listen to “the office”

12 The Constitution establishes a process to impeach (bring charges against) and remove the president for “treason, bribery, or other crimes and misdemeanors” The process: 1. A majority of the members of the House of Representatives must vote to impeach 2. The Senate conducts the trial of the president; the Chief Justice of the Supreme Court presides 3. All senators vote 4. If 2/3 vote guilty, the vice president becomes president

14 Allows the Vice President to choose his own VP should he/she become president (due to death, assassination, impeachment, etc.) Included provisions for determining disability of a president, when power shifts to the VP, and how the president may regain power

16 Serves as president of the Senate Succeeds the president in the event of death, resignation, or a disability Nine vice presidents have assumed the office Excluding the last 20 years, the presidential candidates chose running mates for their vote-getting appeal more than their abilities

19 Established in 1939, has 15 staff agencies to help the President Office of Management and Budget (OMB) Prepares and oversees the executive budget Council of Economic Advisors Created by the Employment Act of 1946 Prepares the annual economic report to Congress National Security Council (NSC) Created in 1947 Develops policy for national security and foreign affairs

20 A multi-agency advisory council to the President Heads of the agencies are called secretaries (except the head of the Department of Justice—that’s the Attorney General) The Agencies: JusticeStateTreasuryInteriorAgriculture CommerceLaborDefenseHealth and Human Services Housing and Urban Development TransportationEnergyEducationVeterans’ AffairsHomeland Security

Download ppt "Did not exist under the Articles of Confederation Americans wanted one elected person other countries could identify and respect They didn’t want someone." 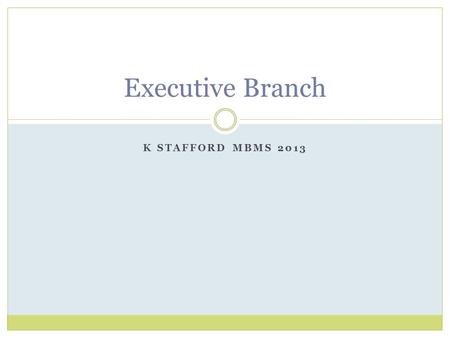 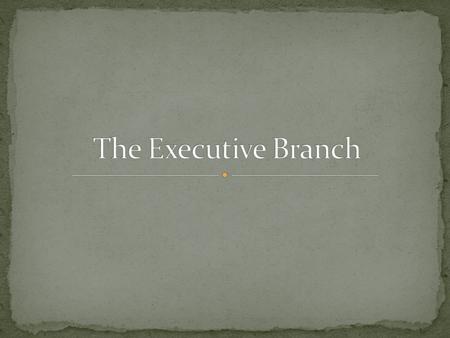 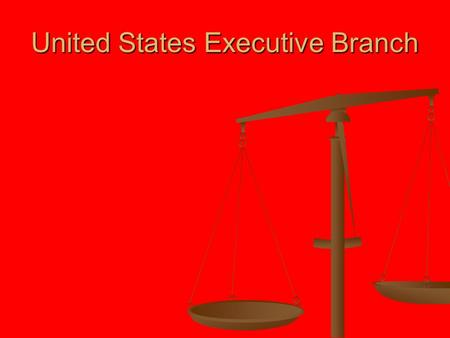 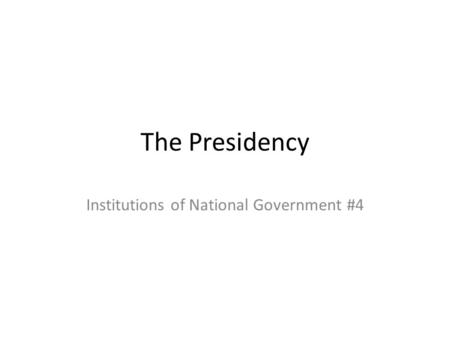 The Presidency Institutions of National Government #4. 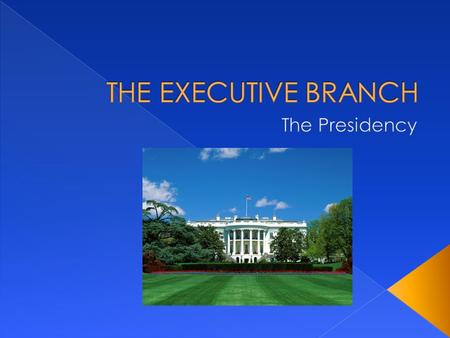 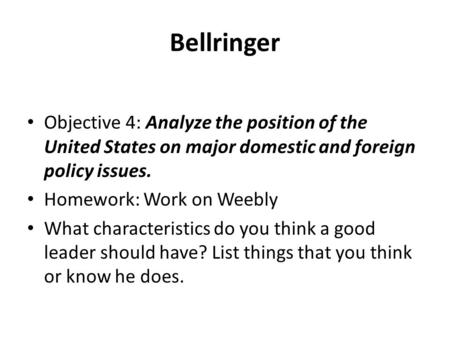