2 History of Congress Congress created bicameral legislature (2 houses) with Great Compromise Until the 20th century Congress was the dominant institution of the federal government. House of Representatives viewed as most responsive to popular will Prior to 1913 the Senate was elected by state legislatures 17th amendment resulted in direct election of senators by the people

3 Enumerated Powers Specific Powers of Congress spelled out in Article 1, Section 8 Right to impose and collect taxes Right to borrow and coin money Right to regulate foreign and interstate trade Right to declare war Right to create post offices and federal courts below the Supreme Court Right to raise and maintain army and navy

5 Implied Powers Congress is not limited to specifically mentioned powers. It has implied powers derived from the necessary and proper clause (elastic clause) McCulloch v. Maryland gave Congress implied powers by recognizing its authority to create the second Bank of the US

7 Who serves in Congress? 100 Senators – 2 from each state
435 representatives in House – based on population House based on 10-year census data – reapportionment may occur with population shifts. States may lose or gain Representatives based on decade demographic changes. Redistricting - State legislatures or appointed citizen’s groups can change the congressional district boundaries within a state. Gerrymandering is practice of state and local political parties trying to redraw congressional district lines to benefit their party or candidate

8 15th District – Eric Swalwell
Union City was recently redistricted from the 13th to the 15th district The Representative from our district is Eric Swalwell, a Democratic serving since 2012 The freshman Congressmen defeated Pete Stark, the longest serving US Congressmen

9 Advantages of Incumbency
Prior to 1950’s many legislators only served one term. In recent decades membership has become career, with incumbents being elected over and over again. Incumbents have great electoral advantage: Districts are often controlled by one party, making it difficult for challengers from opposing party to be elected. Incumbents have great name recognition, and more fund raising capability.

10 Advantages continued:
Incumbents have franking privileges (allowed to mail to district for free) Incumbents get credit for specific projects that benefit district (pork barrel projects) State and local voters have enacted term limits, but not at federal level.

14 Party Organization in the House
Speaker of the House is the leader of the majority party and presides over the House. Power includes deciding who is recognized on the floor, interprets rules on motions, and assigns bills to committee, influences which bills are brought up Majority party elects floor leader or house leader. Minority party elects a minority leader.

16 Each party has whip that is in charge of rounding up votes Congressional rules have changed since 1990’s – No committee chairman serves for more than six years. Seniority less important for selecting committee chairs. Party unity is still apparent but less cohesion since the 1990’s

20 Step: 1 Bill Introduction
8,000-10,000 bills are introduced, but only 10% become law. A bill is a proposed law. Many people and groups can draft bills: e.g. Executive branch, party leadership, caucus, individual member, and interest group. Bill can be either in House or Senate or simultaneously (except tax and spending bills which have to be brought to House first)

21 Step 2 : A Bill in Committee
Various committees discuss, amend, and approve bills. Bills can be tabled, not sent on. Once a bill is out of committee in the House it goes to the Rules Committee where it is decided when it will be introduced, how much time will be allowed for debate. Senate does not have a Rules committee, so bill goes directly to floor.

22 Step 3: Bill on the Senate Floor
Senate a more deliberative chamber, senators are not limited to amount of time that they can speak. Filibuster is a prolonged speech designed to delay legislative action 1917 rule 22 allowed debate to be cut off if two thirds of senate agreed to cloture motion. Senators can add unrelated amendments to a bill called riders. A bill with many riders is called a Christmas tree.

23 Step 3: Bill on House Floor
In House, bill usually goes before Committee of the Whole, which only requires 100 representatives to discuss and debate a bill. However, for a bill to pass 218 members of the House (a quorum) must be present to pass a bill. On the floor Congress can have a voice vote, standing vote, or electronic vote.

24 Step 4: Bill in Conference Committee
House and Senate members meet to resolve differences in versions of bill. A compromise bill is sent to House and Senate for approval with no amendments. 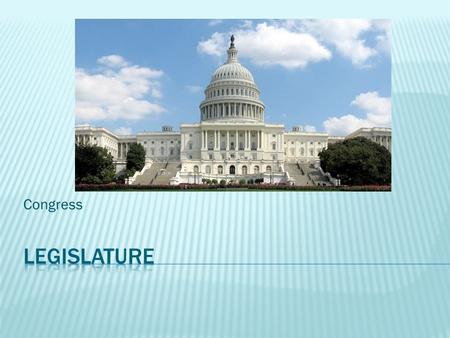 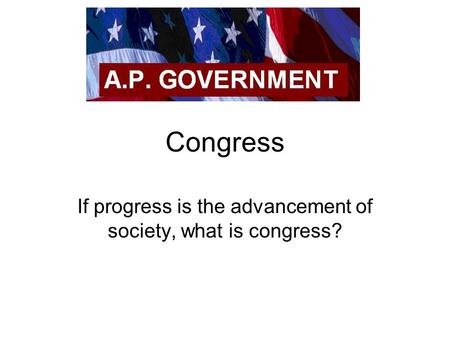 Congress If progress is the advancement of society, what is congress? 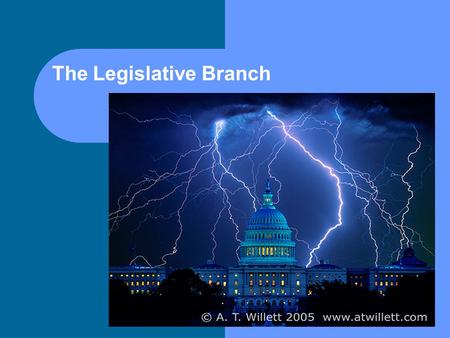 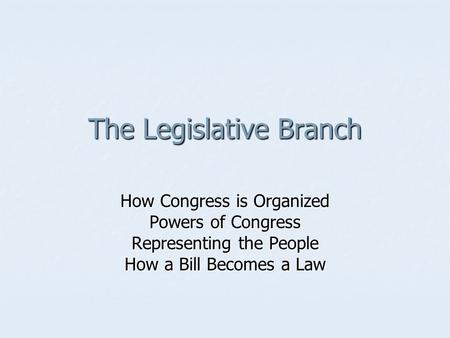 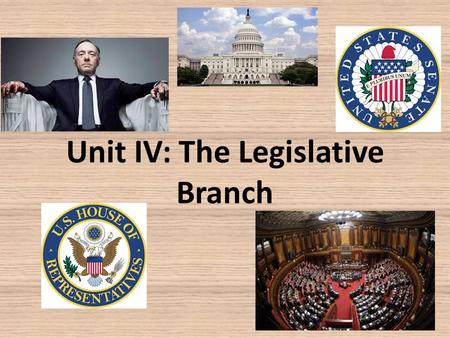 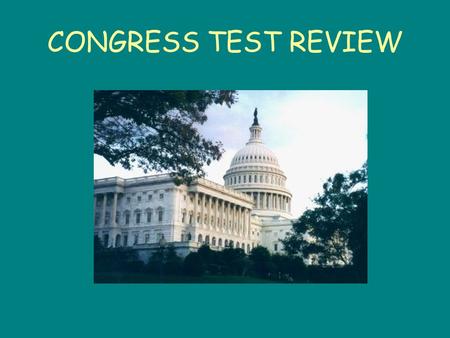 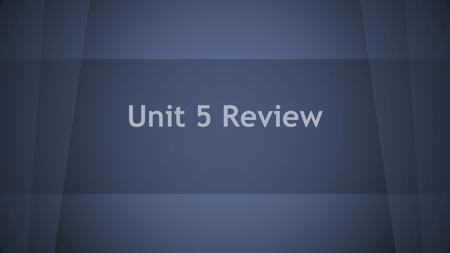 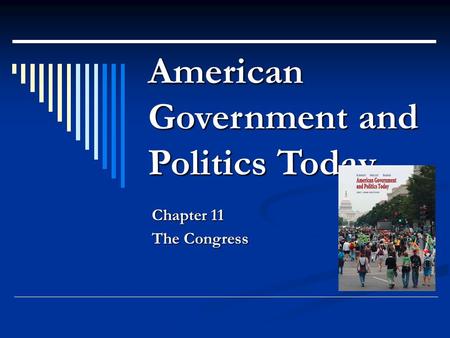 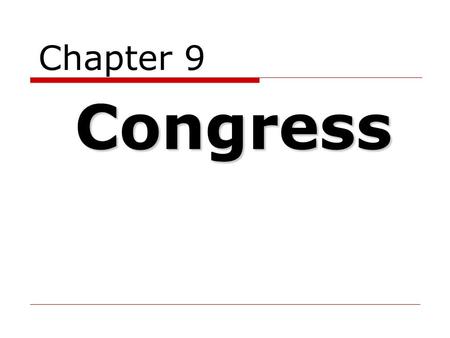 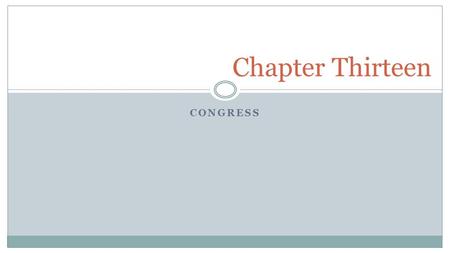 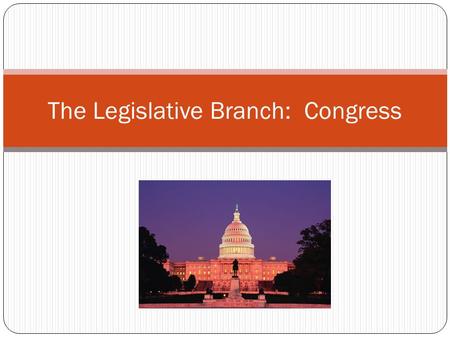 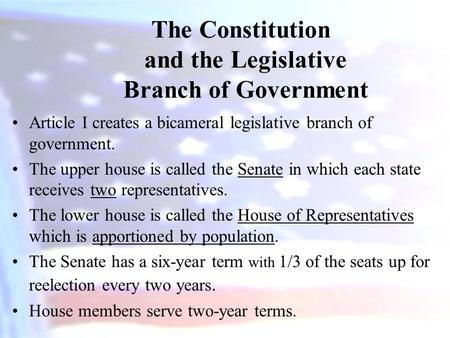 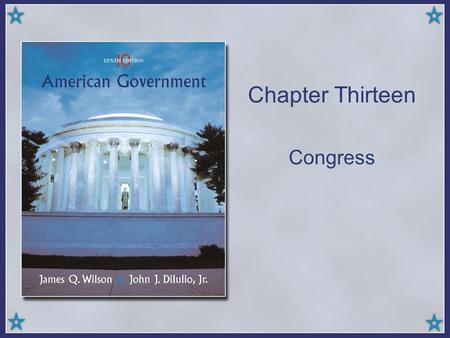 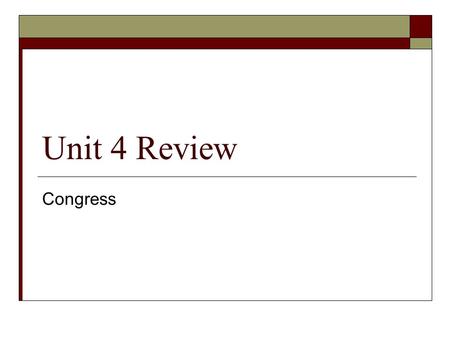