3 Define: 1. Imperialism – 2. Colonialism –
Control over another country. This can take different forms such as economic or political. 2. Colonialism – Having and maintaining colonies outside of your own country.

4 Background 3. Approximately how long was Britain a ruling force in India? 2 centuries 4. What happened during WWII that further inflamed Indians? GB committed Indian soldiers 5. Who was the leader of the Muslim League? Muhammad Ali Jinnah 6. What were the 2 political parties in India? Muslim League & Congress Party (Indian Nat. Congress)

5 New Country 7. The Partition formed another country. What country?
Pakistan 8. How was that country different than it is now? There was East & West Pakistan 9. How did WWII push GB toward granting India freedom? War debts and continued rebellions 10. Approximately how many people died in the summer of 1947? 1 million

6 Religion 11. Which religious group headed to Pakistan?
Muslims 12. Which religion aligned itself with Hindus? Sikhs 13. Who killed Gandhi in 1948? A Hindu extremist 14. In what way was the assassination of Gandhi ironic? He was peaceful, yet killed in a violent way. And, killed by his own religion’s extremist.

7 Disputes 15. Over what region did the UN call a cease-fire in 1949?
Kashmir 16. What significant “title” did India achieve in 1947? The largest democracy in the world 17. What causes continual fighting over Kashmir to this day? Religion, borders, & water

8 Leadership 18. Who became India’s first Prime Minister in 1947?
Jawaharlal Nehru 19. What important figure had Nehru followed and admired? Gandhi 20. How did Nehru attempt to organize the states? By Language 21. Who became the next Prime Minister when Nehru died in 1964? His daughter, Indira Gandhi

9 More Leadership 22. What religious group caused much trouble for Indira Gandhi? Sikhs 23. What conflict caused her to be assassinated? Over the Golden Temple at Amritsar 24. Who became the next Prime Minister? Her son, Rajiv Gandhi 25. What happened to him? He was assassinated by political rivals in 1991

10 Looking Ahead 26. What do both India and Pakistan have that causes other countries to worry? Nuclear Warheads 27. What is expected to happen to India’s population by 2035? That it will surpass China 28. Why were east and west Pakistan so unstable and divided? They are 1000 miles apart 29. What country was formed from East Pakistan in 1971? Bangladesh

12 Island Country 34. What did Sri Lanka used to be called?
Ceylon 35. What ethnic group lives in Sri Lanka? Tamils 36. What do the Tamils continue to fight for to this day? Their own nation

13 Thinking Deeper 37. What struggles have all of these newly independent nations shared? Economic & political instability 38. What factors are out of human control that have also caused problems for these countries? Harsh climates, floods, droughts 39. How does the study of religion help us see problems in these countries? 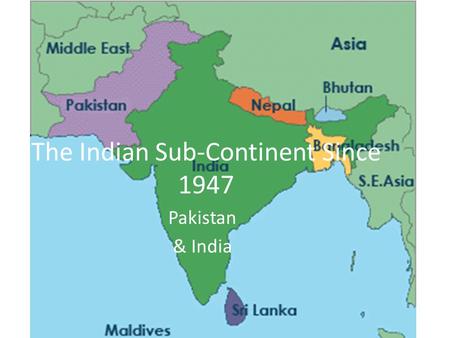 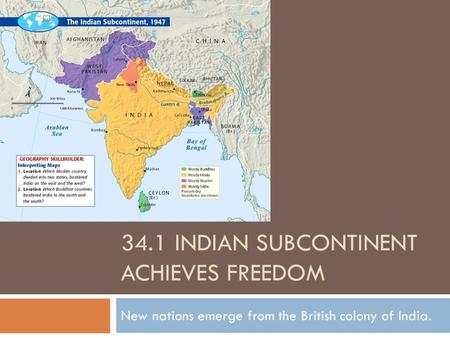 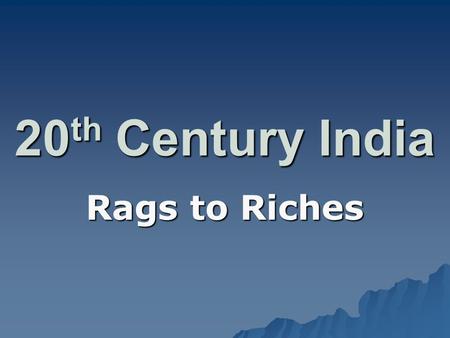 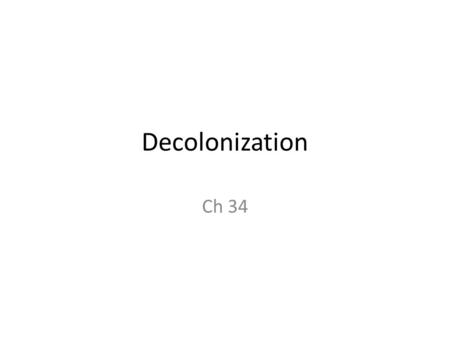 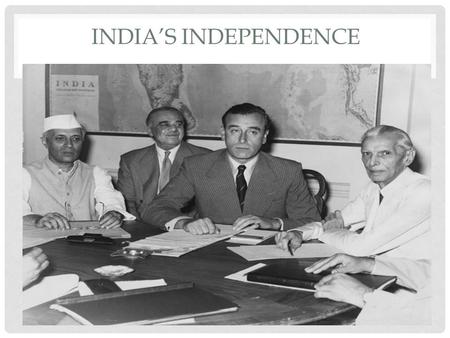 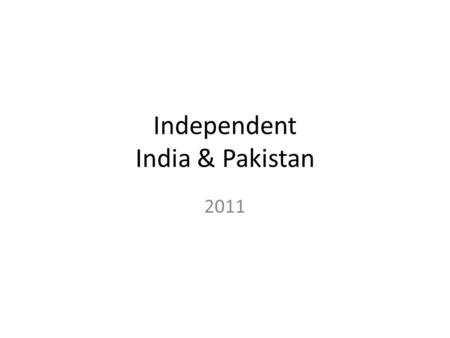 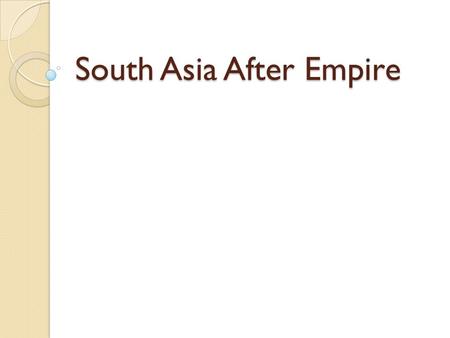 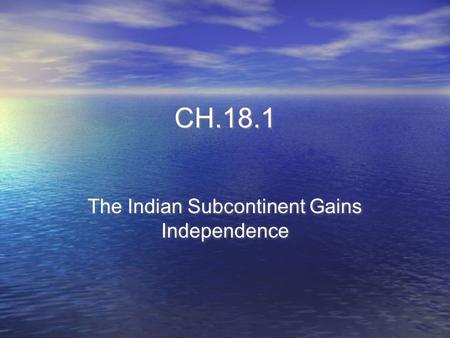 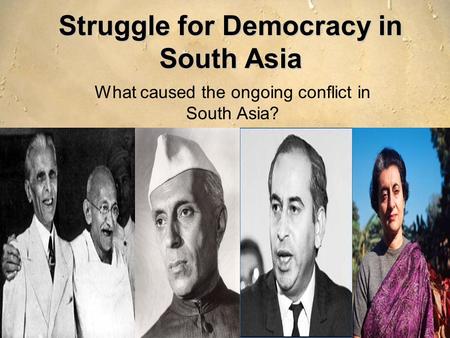 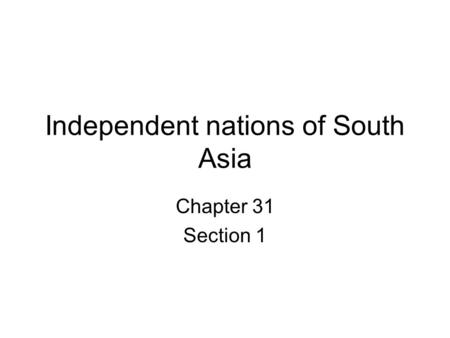 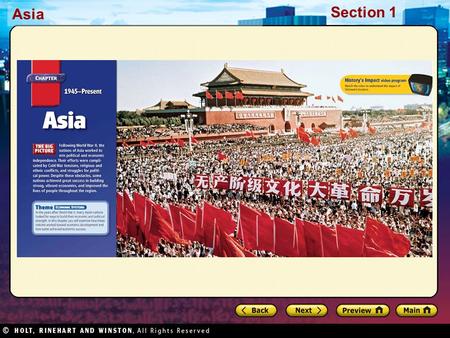 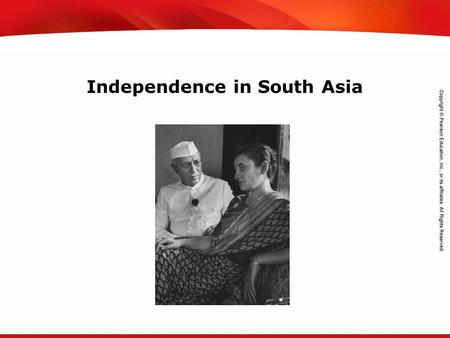 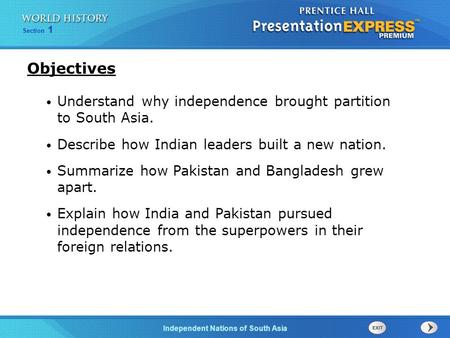 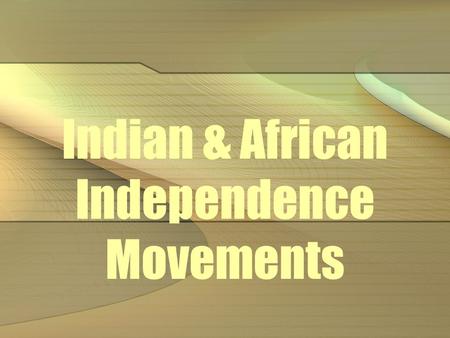 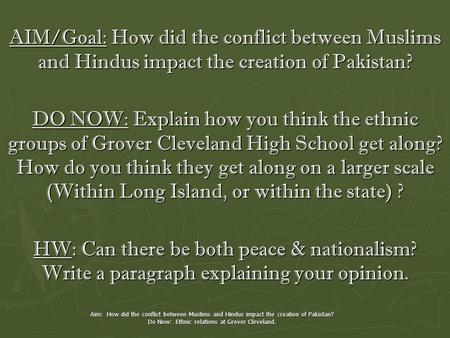 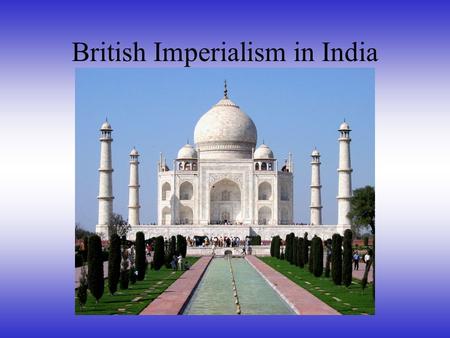