4 Early Societies of Africa
Early societies of North Africa were influenced by Mediterranean cultures such as the Phoenicians & Romans By 750, North Africans were part of the Islamic Empire, converted to Islam, & shared Arabic culture

6 How did early people in Sub-Saharan Africa live?

7 Characteristics of Sub-Saharan Africa
While the societies of sub-Saharan Africa were diverse, they shared some similarities: Most societies lived in farming villages in family-based clans Few societies had written languages; Histories were shared orally by storytellers (griots) Made iron tools

8 Characteristics of Africa
Sub-Saharan people were polytheistic: Practiced animism, a religion in which spirits exist in nature & play a role in daily life

10 What factors shaped the culture of East Africa?

14 Closure Activity Compare the impact of geography on the development of Greece, China & Africa How are Greek myths similar to the myths and folk stories told by Africans? Why would someone say that trade is the most important factor in the development of East African and Roman culture? What comparisons could you make between African animism and Indian Hinduism? How are Swahili and Hellenistic cultures similar? How are they different?

16 What factors shaped the culture of West Africa?

22 West Africa The kings who ruled Mali after Sundiata converted to Islam
The most important king was Mansa Musa: He built a 100,000 man army to keep control over Mali He divided Mali into provinces ruled by appointed governors

25 West Africa When he returned from Mecca, Mansa Musa built mosques throughout Mali, including Timbuktu This trade city attracted scholars, doctors, religious leaders It had a university & became an important center for learning

27 West Africa After Mansa Musa, Mali declined & was replaced by Songhai
Kings gained control of trade cities along the gold-salt routes Songhai grew into the largest of the West African empires Its fall in 1591 ended a 1,000 year era of empires in West Africa

29 Closure Assignment Create a tombstone for each of the following African & Arab people: Ibn Sina Ibn Battuta Sundiata Mansa Musa Each tombstone should include a name & 3 facts about their life or their impact on the world 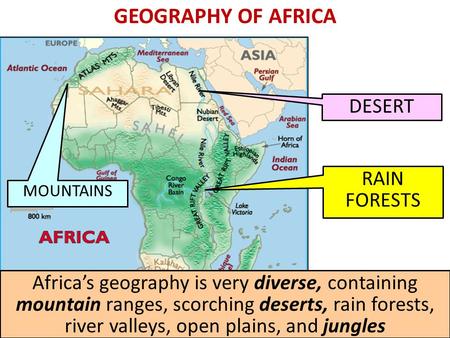 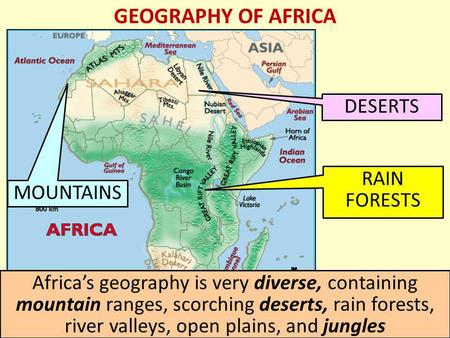 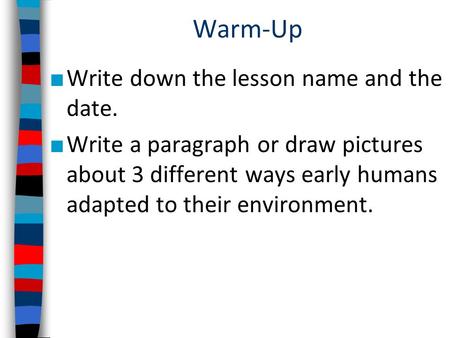 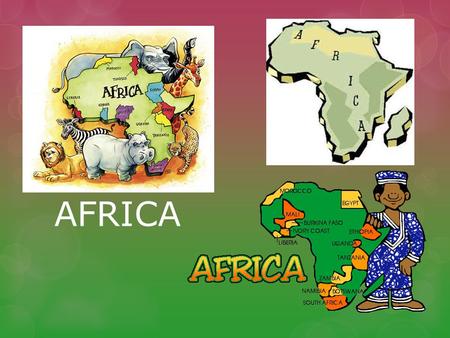 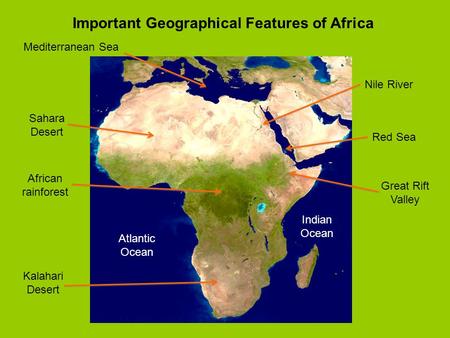 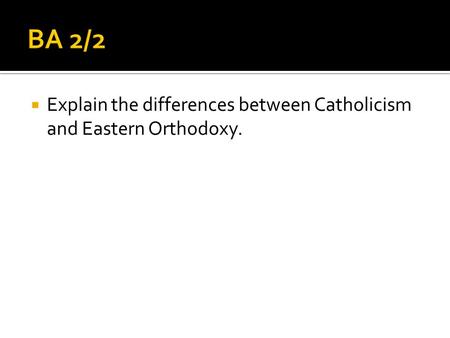  Explain the differences between Catholicism and Eastern Orthodoxy. 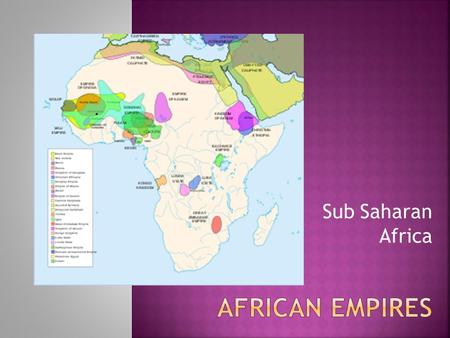 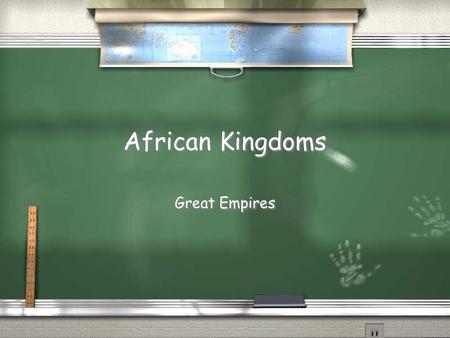 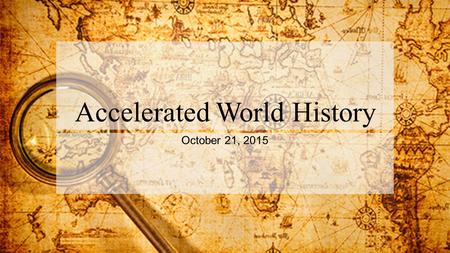