1 Chapter 5 The Struggle to Found Colonies

2 Lesson 1-Hard Times In Virginia
As Spain settled colonies in the New World, England decided to try to start some colonies as well. England’s, Queen Elizabeth I (the first) wanted to start settlements in North America hoping to find gold or other natural resources. Sir Walter Raleigh, one of the Queen’s advisors and an English soldier offered to organize the first colony.

3 Roanoke Island Colony Sir Walter Raleigh sent the first group of English colonists to an island off of the coast of what is today North Carolina in 1585. However, because of a hard winter they returned to England in 1586, starving! In 1587, Raleigh sent 100 men, women and children led by John White back to Roanoke Island. When supplies ran low, White left the colonists there and went back to England to get more. Unfortunately, England was at war with Spain and he did not return to Roanoke Island with supplies until 1590!

4 Roanoke Island (con’t)
Once he arrived back on Roanoke Island he found that all of the colonists had disappeared. All he found was a tree that had the word, “CROATOAN” carved into it. The Croatoans were a Native American tribe that lived near the island. No one knows for sure what happened to them. Were they killed by the Natives , the Spanish or perhaps disease and starvation? Or did the move south with the Croatoans? This colony became known as “The Lost Colony.” CROATOAN

5 The Battle of the Spanish Armada
Spain’s King Phillip II was mad at the English for trying to start colonies in North America. Spain was also mad at an English Explorer, Sir Francis Drake, because on his historic voyage around the world from he captured a bunch of gold from Spanish ships. In 1588, King Phillip II decided to attack England with his armada, which is a huge fleet of war ships. The English defeated the Spanish, which helped make England one of the world’s most powerful nations and allowed England to work on starting colonies in North America.

6 The Jamestown Colony King James I of England gave the Virginia Company a charter to start a colony in North America in 1606. In ships, Discovery, God Speed and the Susan Constant, carrying 120 colonists reached North America. They sailed up a river and named it James River. They decided on a location on the river for their colony that could be easily defended from people and wild animals, they called it Jamestown.

7 The Jamestown Colony (con’t)
John Smith said that this spot was a good place to start a city. Unfortunately, he was wrong. The area was swampy and loaded with disease carrying mosquitoes. Settlers began to die as soon as they arrived at Jamestown.

8 If you don’t work, you don’t eat!
Captain John Smith If you don’t work, you don’t eat! The English colonists thought that they would find gold like the Spanish did, but they didn’t! Since they spent their time looking for gold, they began to run out of food and some died of starvation. Captain John Smith was elected to be the leader of the colonists and proclaimed the famous quote… The colonists started building houses , digging wells, planting crops, fishing in the river and trading with the Powhatan Indians that lived nearby.

10 “Starving Time” In 1609, John Smith went back to England.
Without him there to lead the colonists people quit working and began dying from hunger, this is why it was called the “Starving Time”. Just when the Jamestown colony was nearly abandoned more settlers along with a new leader, Lord De La Ware, arrived from England. Under De La Ware’s leadership the Jamestown colony was saved and became the 1st permanent English Settlement in North America.

11 Tobacco Tobacco is native to America and became popular in England in the 1600’s. John Rolfe planted tobacco in Virginia in 1612 and it soon became the cash crop of Virginia. King James did not approve of tobacco because he said it was “hateful to the nose, harmful to the brain, and dangerous to the lungs.” But he enjoyed the profit he was making off of it. Indentured servants and slaves were put to work growing and harvesting tobacco.

12 Self-Government in Virginia
The leaders of the Virginia Company which owned the colony said that the colonists should have a government that benefited the people of the colony. On July 30, 1619, the first law making assembly in an English colony met. It was called the House of Burgesses, which helped start the tradition of self-government in the English colonies. 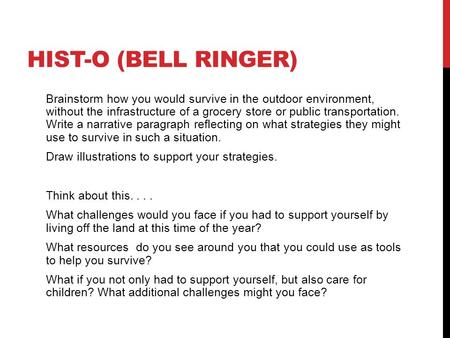 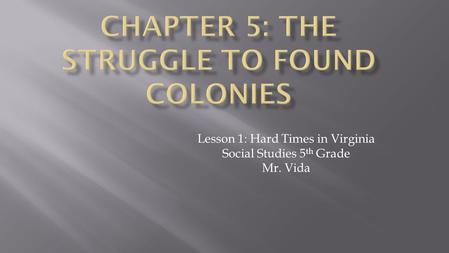 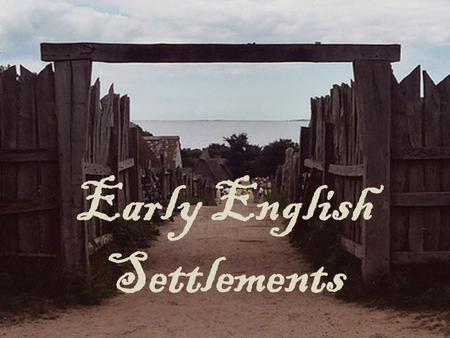 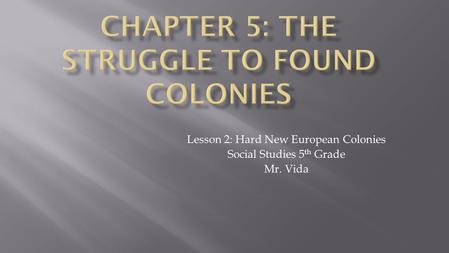 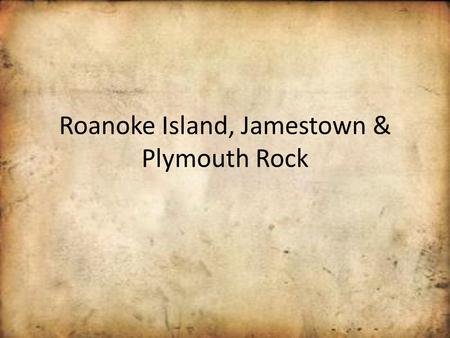 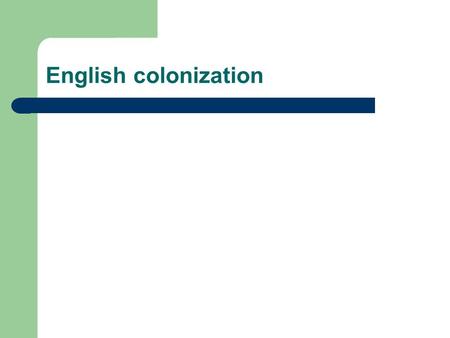 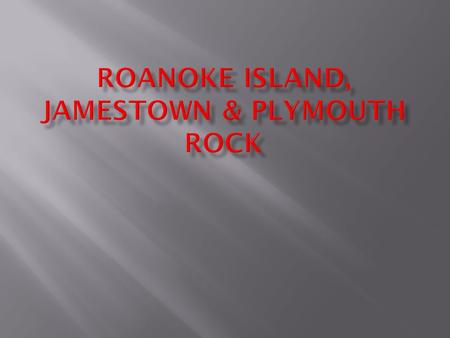 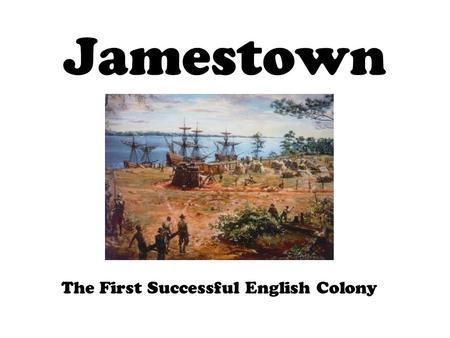 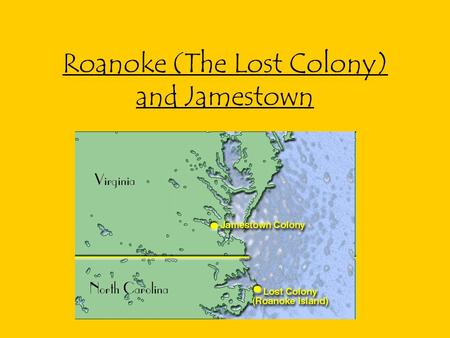 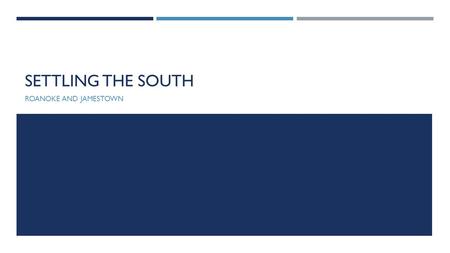