5 Given three noncollinear points, you can find a quadratic function whose graph passes through those points. Example: Find a quadratic function that includes the values in the table: X Y 2 3 3 13 4 29 Solution: Substitute the values of x and y into The result is a system of 3 linear equations : Set up in a matrix to solve this system: The solution is a = 3, b= -5 and c = 1. Substitute these into the standard form to get:

8 Then hit graph and the data points will be graphed Once the data is in, we can use the calculator to get an approximate equation to model the data How to: Hit the STAT button Arrow right once Then either hit the number 5 or arrow down to QuadReg QuadReg will appear by itself on the screen Hit enter The calculator will then give you the coefficients for the variables and the constant for the quadratic equation. Write these numbers down and use them to make an equation in the y = editor. After entering this into the y = editor, hit graph again, and you will see the graph going through the previously plotted data points Do example 4 on page 240 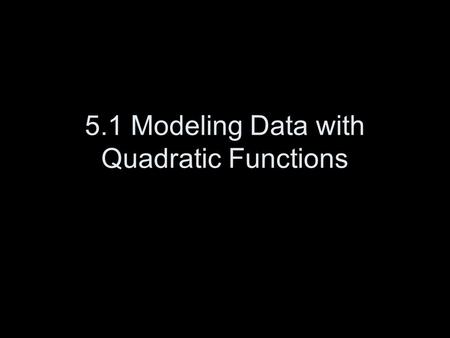 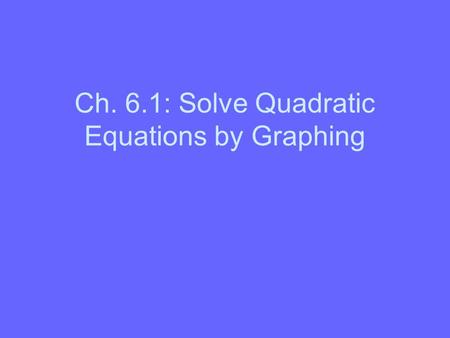 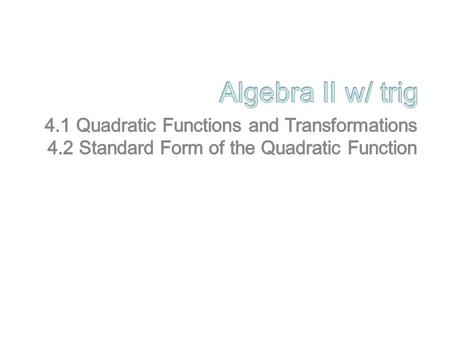 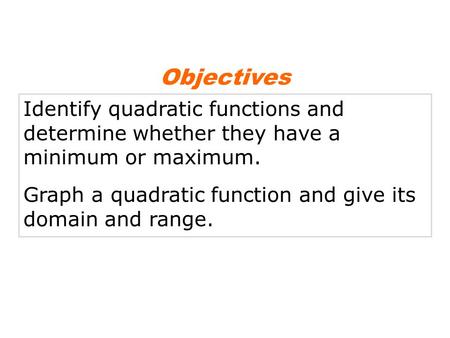 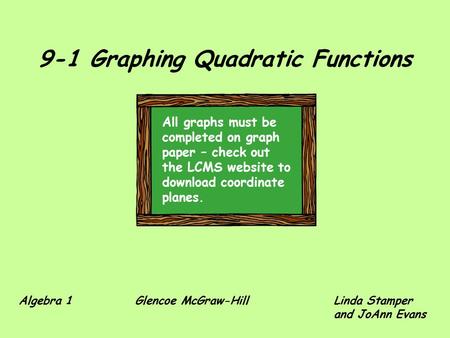 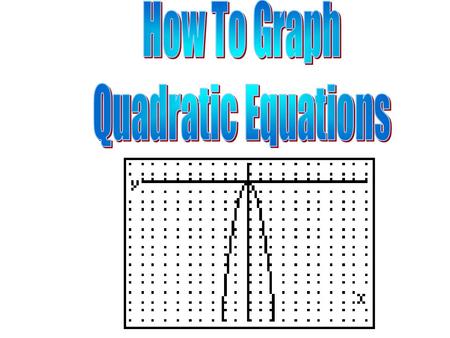 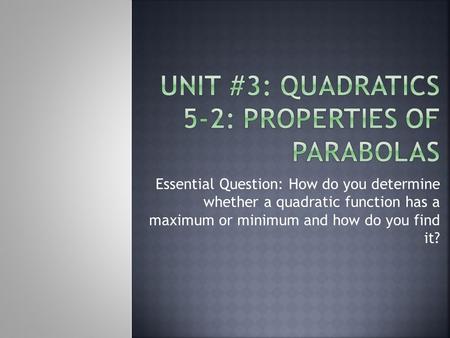 Essential Question: How do you determine whether a quadratic function has a maximum or minimum and how do you find it? 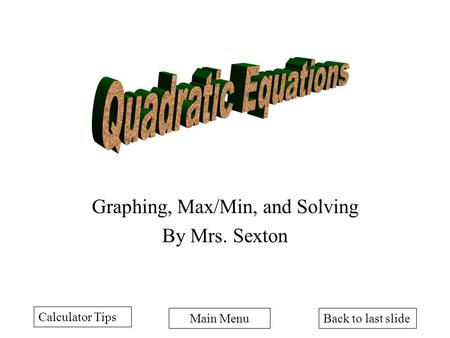 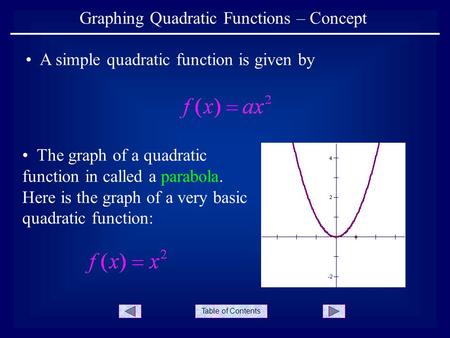 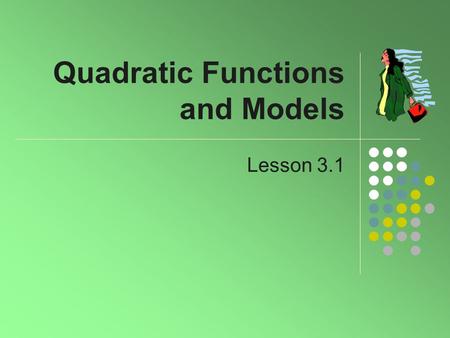 Quadratic Functions and Models Lesson 3.1. Nonlinear Data When the points of the function are plotted, they do not lie in a straight line. This graph. 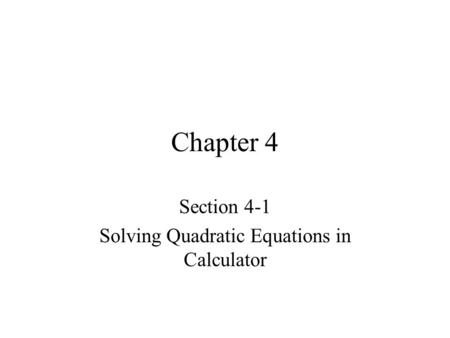 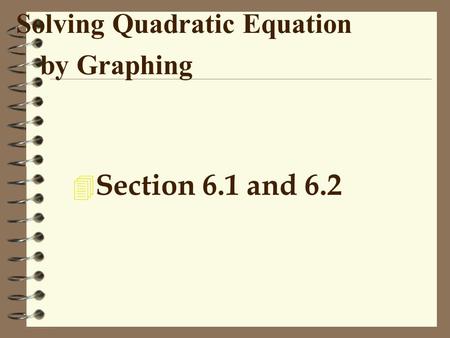 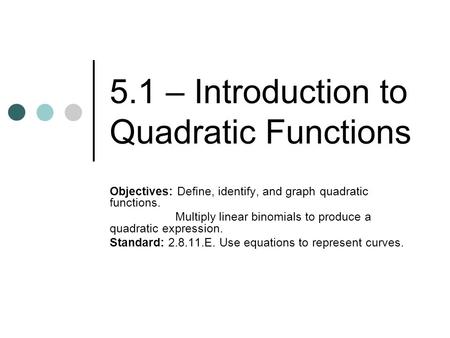 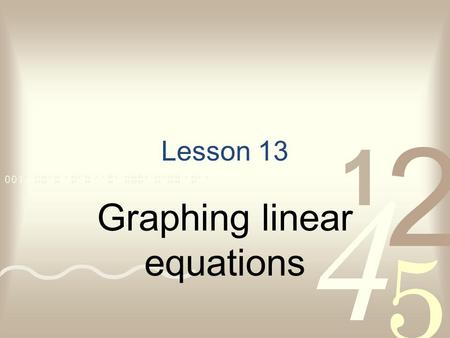 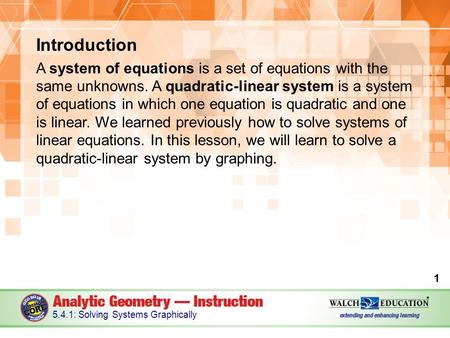 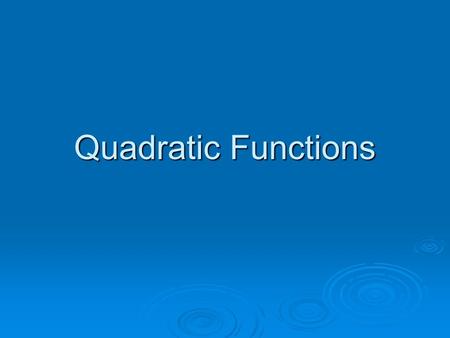 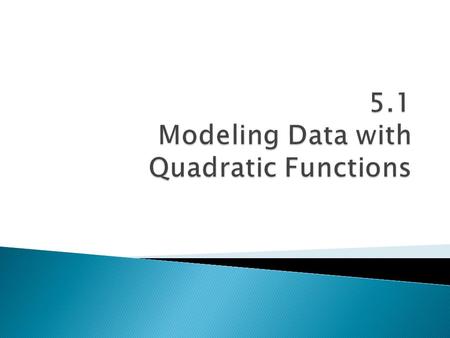 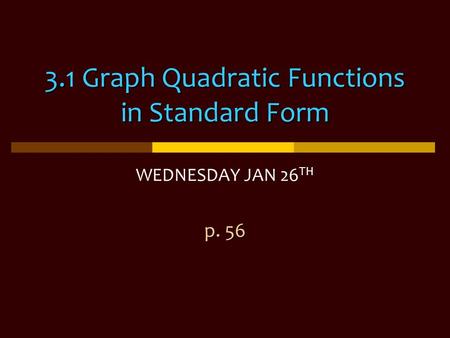 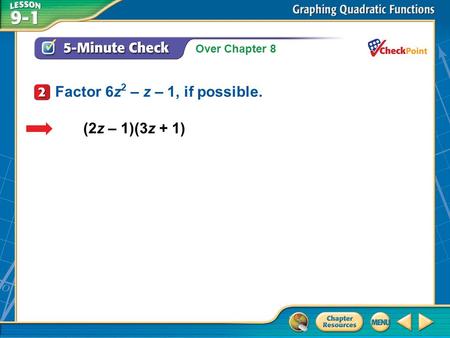 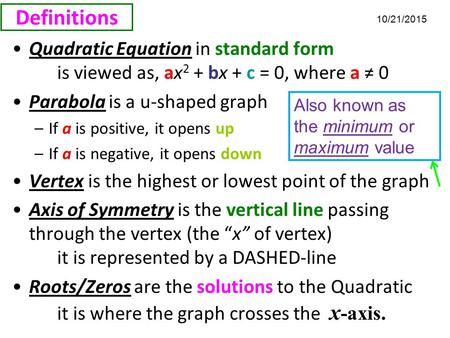