Presentation on theme: "Atomic Structure. Inside an Atom Over time, scientists have come up with many theories about the inside of atoms. Today we believe that an atom has a."— Presentation transcript:

2 Inside an Atom Over time, scientists have come up with many theories about the inside of atoms. Today we believe that an atom has a center nucleus surrounded by one or more electrons. The nucleus is the central core of the atom. nucleus

6 The Periodic Table Different atoms have different numbers of protons, neutrons and electrons. The periodic table can you find out how many p, n and e - an atom has.

9 Example… If the atomic number of potassium is 19, how many protons and how many electrons does a potassium atom have? Protons= 19 Electrons= 19

10 Every atom has mass. The mass of an atom is equal to the weight of its nucleus. This is because electrons have basically no weight. Therefore the number of protons and neutrons in the nucleus gives us the mass of the atom.

11 Mass Number An atom’s atomic weight is listed on the Periodic Table. If you round the atomic weight to the nearest whole number you get the atom’s mass number. Round 4.003 to 4

13 To find the number of neutrons, you can… Mass number – atomic number

16 Isotopes An isotope is an atom with the same number of protons but a different number of neutrons from other atoms of the same element. The atomic weight of an atom is an average of the weights of the different isotopes of that element.

Download ppt "Atomic Structure. Inside an Atom Over time, scientists have come up with many theories about the inside of atoms. Today we believe that an atom has a." 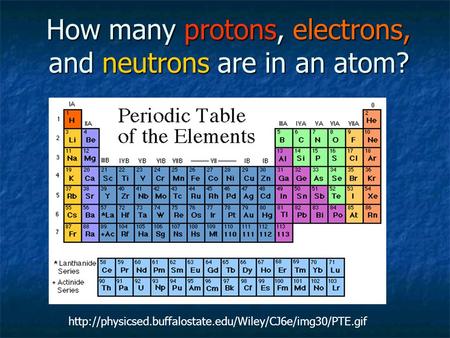 How many protons, electrons, and neutrons are in an atom? 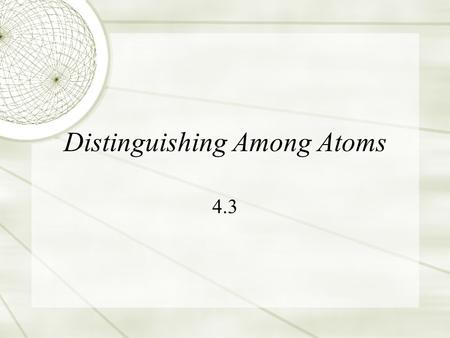 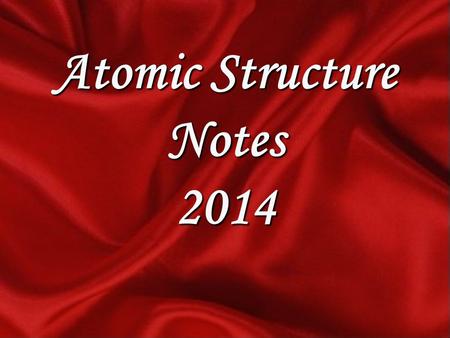 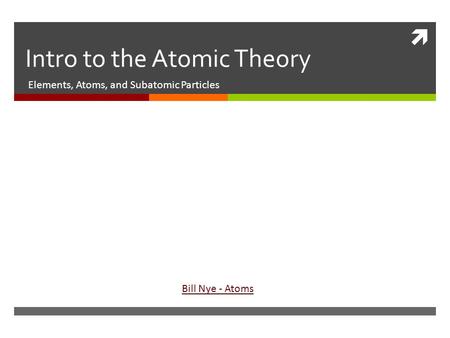 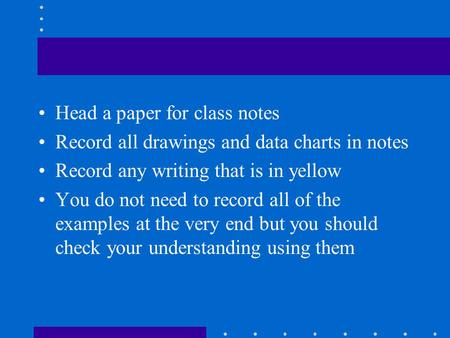 Head a paper for class notes Record all drawings and data charts in notes Record any writing that is in yellow You do not need to record all of the examples.