1 The British Empire Color all the British empire RED/

2 Empires In the 1400’s two Italian cities controlled most of the trade between Europe and Asia. Portugal, Spain, France, and England wanted to earn profits and power from similar trade with Asia. Portugal – the first European Colonial Empire. They claimed land on the west coast of Africa and set up trading posts as they explored southward in an attempt to find a sea route around Africa to Asia. Vasco de Gama was the first to sail around Africa to Asia. They added outposts and trading posts on the coasts of Asia as they traveled. Their largest and most profitable colony was the huge colony of Brazil in South America. Spain - Spain searched for a route to Asia through North and South America. They began to set up colonies in large areas of North and South America. The first of these was the colony founded by Columbus in the Bahamas. The Spanish Empire was one of the largest in history and lasted almost 500 years. It stretched from Europe to Asia in the Philippines. England – (by the early 1700’s England, Wales, and Scotland were joined as Great Britain) The English Empire was the largest in history. At its largest, it controlled huge areas of North America, Asia, Australia, Africa, and many islands and small countries throughout the globe. In the 1920s almost ¼ of the world’s population was under British control

3 Empires France – from 1600 through the 1900s France was one of the largest Empires in the world. They controlled colonies in North and South America, Asia, and Africa. Many were islands in the Caribbean and Pacific Ocean. They also dominated Europe in the mid 1800’s, controlling parts of Germany, Italy, and Spain. Only the British Empire was larger and more powerful than the French. 1.What country’s cities dominated trade between Europe and Asia in the 1400s? 2.In which islands did Columbus set up the first colony in the New World for Spain? 3.Which country colonized first? Where? 4.Which country’s empire was the largest and most powerful? 5.How was Europe affected by its colonies and empire building?

5 The French Empire in BLUE 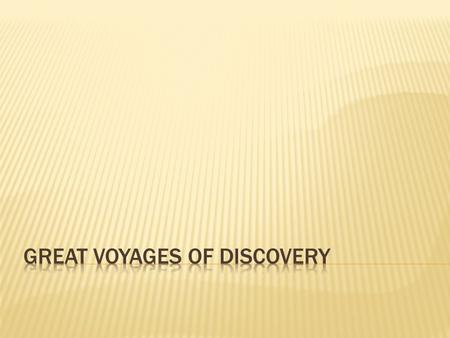 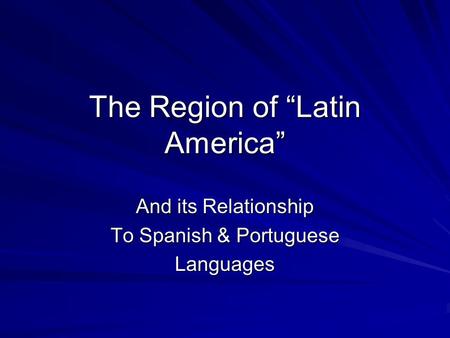 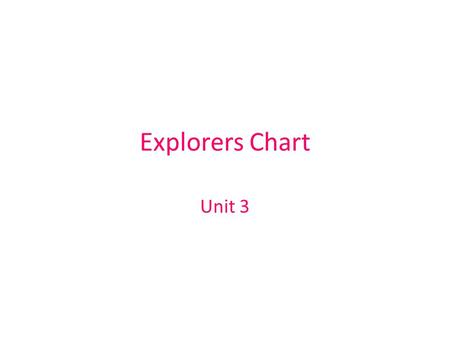 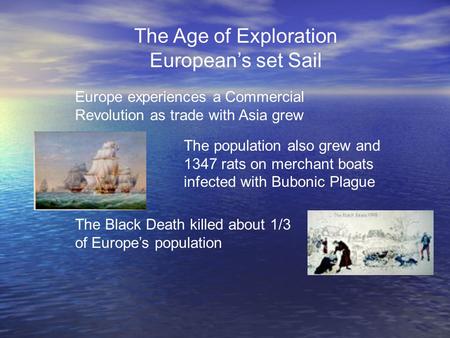 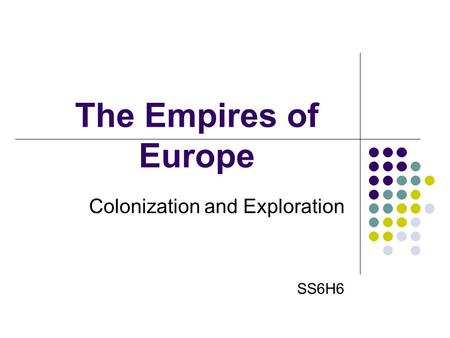 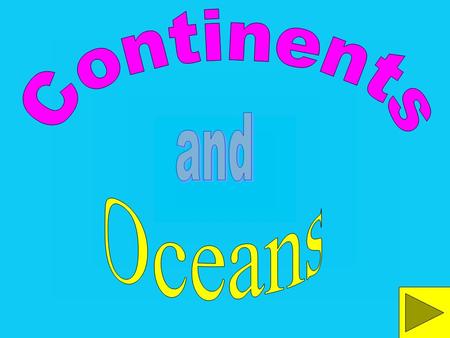 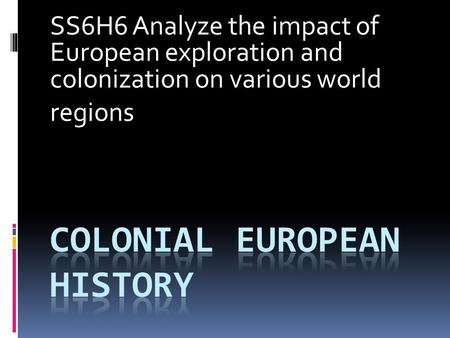