4 Causes of Plate Tectonic Motion
Believed heat and gravity may be responsible for the movement of tectonic plates. Gravity pulls oceanic plates under land plates.

9 Weathering and Erosion
Weathering: Rocks broken apart by wind, water, ice and organisms. Erosion: Rocks and particles are broken down and carried to a new location. Weathering Erosion

11 The Hydrosphere It is made up of all water on Earth’s surface. 70% of Earth’s surface is covered by oceans. Water circulates through evaporation, condensation, precipitation, and runoff.

14 Tides and Currents Gravitational pull of the moon causes tides, a cyclic rise and fall of the oceans. Ocean water is moved by surface and deep sea currents.

15 The Atmosphere and Weather
The atmosphere is an envelope of gases around Earth. The gases of the atmosphere absorb solar radiation, moderate temperatures and distribute water. Orographic Precipitation Windward Side Leeward Side

16 Effects of mountains and elevation on weather and climate:
Increase in elevation causes drop in temperature. Mountains cause orographic effect: moist air meets a barrier and is pushed upward, causing cooling, condensation, and precipitation. Mountainside facing wind is the windward, wetter side; side facing away from wind is the leeward, drier side, called the rain shadow.

26 The Biosphere and Biomes
Biosphere refers to all life on Earth. Biomes are variations in climate which lead to distinct regions based on similarities of plant and animal life. Temperate Deciduous Forest: ample rain, moderate temperatures, trees change colors in fall Tropical Rainforests: found in the tropics/near the equator. Great abundance of plant/animal life. Grasslands/Savanna/Steppes: climate is drier, not enough rainfall to support trees. Grasses dominate with grazing animals. Deserts: Receive less than 10 inches of rain/year. Tundra: Soil is so cold trees cannot grow. Found near the poles.

32 Review Can you think of any examples of weathering, erosion or deposition that have affected your own community? Which best explains why we experience four season on Earth? the gravitational pull of the moon The distance between Earth and the sun The tilt of the Earth on its axis as it revolves around the sun the effect of tectonic plate movement on Earth’s oceans Answer: C In what way are climate regions and biomes related? The type of climate determines the types of animals and plant life in the area where the climate exists. 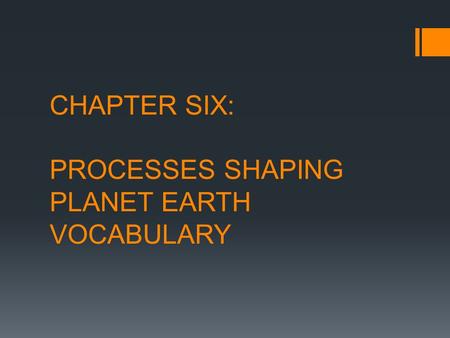 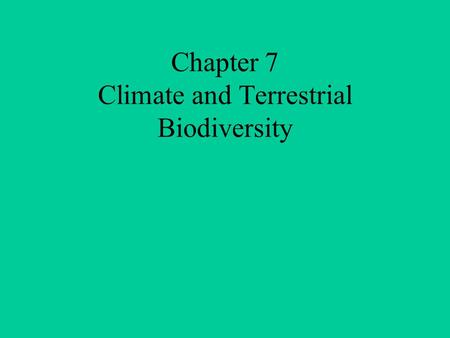 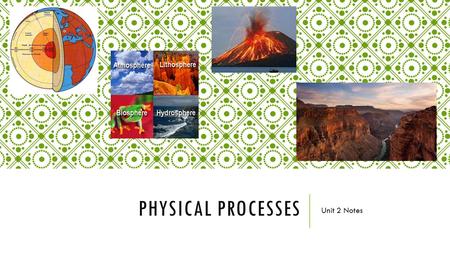 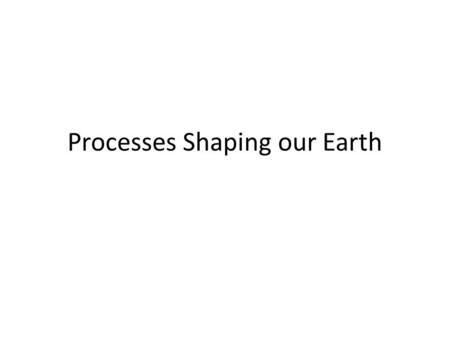 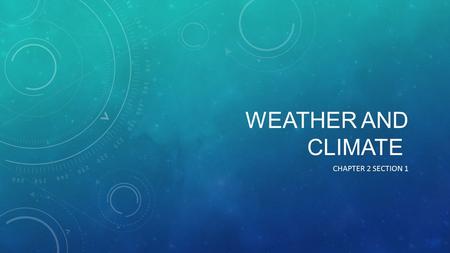 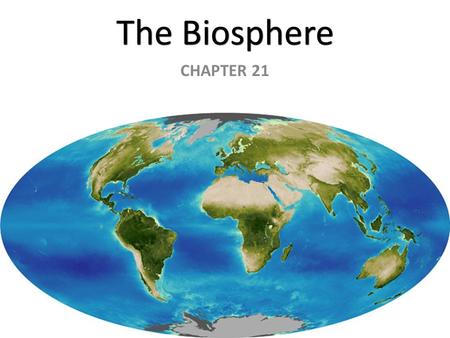 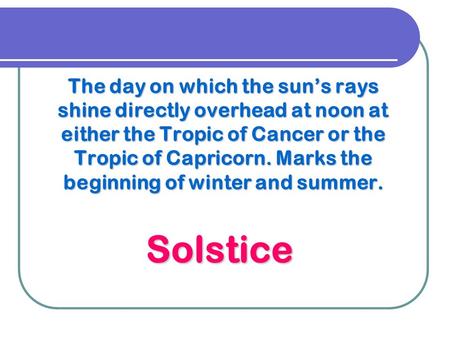 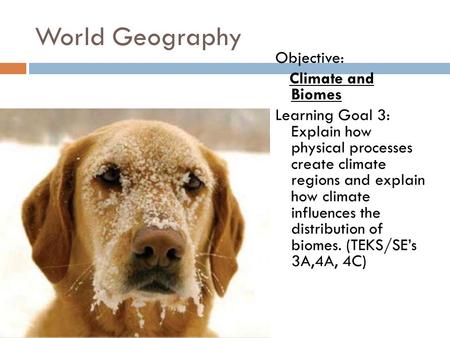 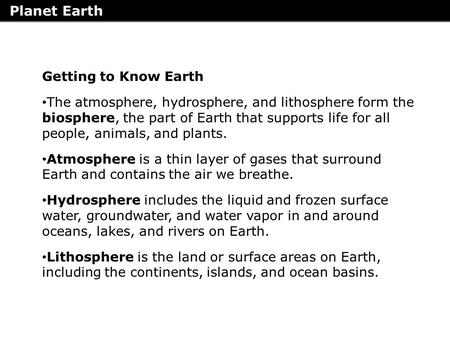 Planet Earth Getting to Know Earth The atmosphere, hydrosphere, and lithosphere form the biosphere, the part of Earth that supports life for all people, 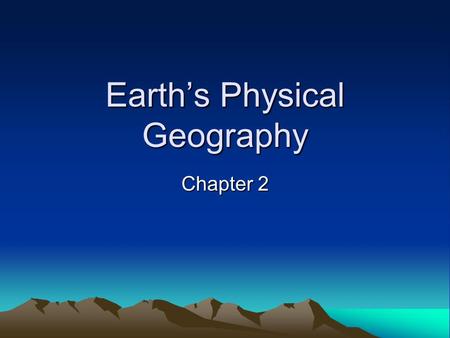