3 This is a developmental stage of development
What is Adolescence? This is a developmental stage of development Age range varies, but generally thought to begin with the pubescent years around the age of ten and continues up until physical maturation is reached around the end of the teenage years. For the duration of this time, significant developments happen with regard to sexual and physical development as well as cognitive changes The World Health Organization (WHO) defines ‘‘adolescents’’ as individuals 10–19 years of age, and ‘‘youth’’ as 15–24 years of age

5 HIV among Adolescents CDC estimates that youth aged account for 39% of all new HIV infections in the United States; 15-29 year olds comprise 21% of the US population Although overall rates of HIV diagnoses remained stable from 2006 to 2009, HIV diagnosis rates increased for youth aged 15–19 and 20–24 years over the same period Approximately 68,600 young people aged 13–24 years were living with HIV infection at the end of 2008; of those, nearly 60% did not know they were infected. Some youth are more affected than others Young men who have sex with men – especially young men of color Adolescent minorities

7 HIV Risk among Adolescents
47% have had sexual intercourse at least once. 40% of currently sexually active students did not use a condom the last time they had sex. 15% have had four or more sex partners. 6% had sexual intercourse for the first time before age 13. 2% have injected illegal drugs at least once. Sexually transmitted infection rates are highest among adolescents

8 HIV Testing in Adolescence
The 2011 Youth Risk Behavior Survey found that 13% of 9th–12th grade students had ever tested for HIV 46% of high school students have had sexual intercourse HIV testing varies by factors such as: Sexual experience Race/ethnicity Among sexually active students who did not use a condom the last time they had sex, 30% had ever been tested for HIV HIV testing is recommended by CDC as a routine part of health care for adolescents and adults aged 13–64 years for reducing the spread of HIV

9 Risk Factors for Adolescents
Substance use – club drugs (e.g., methamphetamines, cocaine, ecstasy) other drugs and alcohol linked to unprotected sex Dating violence – link to HIV risk behaviors among adults and adolescents involved in partner violence Impulsivity - sensation seeking, rises dramatically during adolescence and increases risks to healthy development Peer influences – perceptions of what peers do often more important than actual behaviors of peers Education and awareness - Research has shown that a large proportion of young people are not concerned about becoming infected with HIV 24% of high school students had 5 or more drinks in one day in the past 30 days and 21% had smoked marijuana in past 30 days

11 Homeless Youth Rates vary between 5% - 17%; even lowest of this range is about twice that of the prevalence rates of non-homeless youth High levels of “substance use disorders” among homeless youth Homeless youth may be involved in higher risk activities such as injection drug use and sex exchange Many homeless youth have experienced abuse – particularly sexual abuse Strategies that may decrease risk include the elimination of need to rely on illicit activities for income, provision of basic needs, increased outreach efforts, and early identification of and protection from childhood sexual abuse

12 Young Men Who Have Sex with Men (YMSM)
HIV rates among YMSM continue to rise, particularly among young men of color Among adolescent males ages 13-19, about 91% of all diagnosed HIV infections are from male-to-male sexual contact

13 Specific Risks for YMSM
Strong relationship between drug use and HIV transmission Experiences of harassment, violence and victimization can lead to poorer mental health and HIV risk-related behaviors Societal and familial homophobia contribute to mental health and well-being of YMSM Limited resources such as sexual education and outreach for HIV prevention efforts Additional stressors can increase risk for involvement in risky behaviors Social media and mobile phone apps may present additional risk

14 HIV Among YMSM by Race/Ethnicity

16 House and Ball Communities
Derived from Harlem Balls of the 1920s, underground celebrations and competitions House and Ball communities work in tandem to develop and support a community involving primarily African American and Latino individuals of diverse sexual and gender identities Houses are different groups of individuals that compete against each other during Balls Balls are underground events involving competitions focused around dance, athletics, and gender expression. Houses are identified as having a sense of family, friendship, and support and have a Mother and/or Father The limited research with these communities suggests HIV is a major public health concern

17 African American Female Adolescents
One in four girls (14-19) has an STI; and nearly half (48%) of the African-American girls had at least one STI Despite reporting greater frequency of condom use than their White and Hispanic counterparts, African American female adolescents experience disproportionately high rates of HIV/STIs Younger female adolescents are more susceptible to STIs due to biological factors (e.g., cervical ectopy, maturing immune system) Issues related to higher rates include: Limited partner communication Sex refusal self-efficacy Condom use self-efficacy STI knowledge Research has found that parent–adolescent communication about sex is protective for young African-American females

19 The Cascade of HIV Prevention: Linkage to Care
Adolescents may experience unique challenges in this arena: Insurance and confidentiality Sense of “invincibility” Maintaining relationships with providers Medication adherence 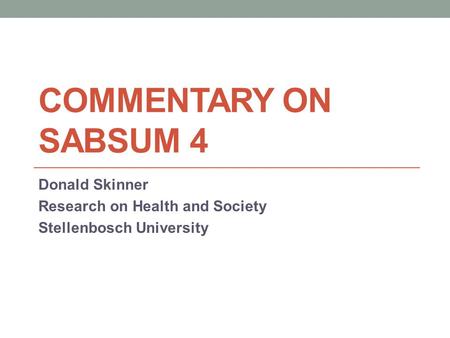 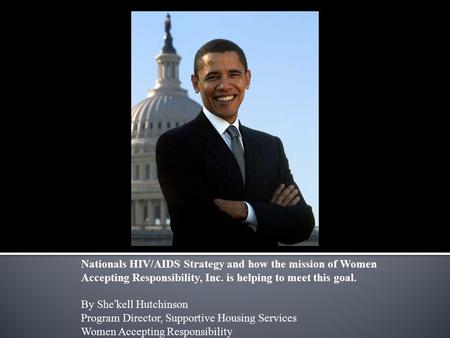 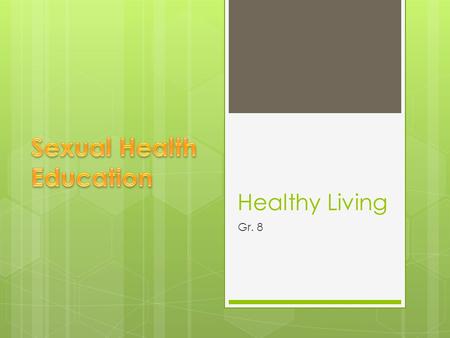 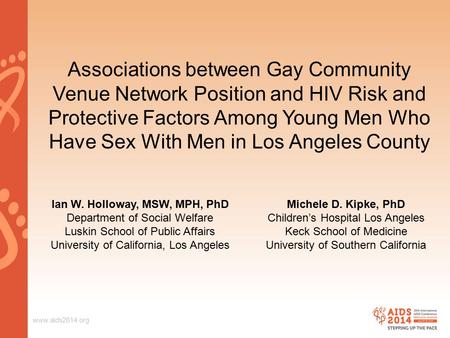 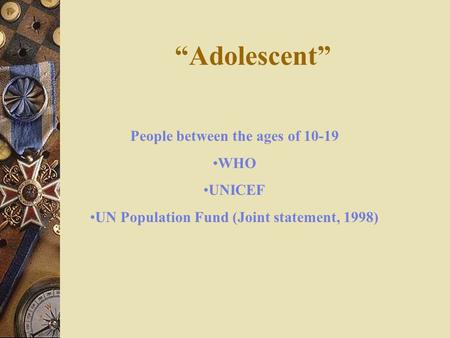 “Adolescent” People between the ages of WHO UNICEF UN Population Fund (Joint statement, 1998) 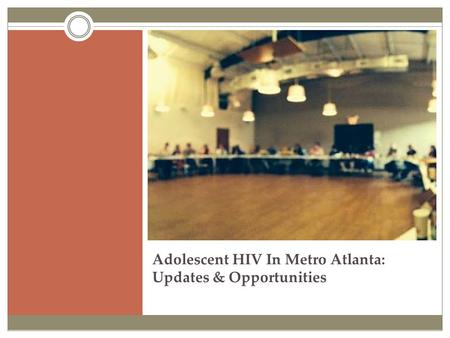 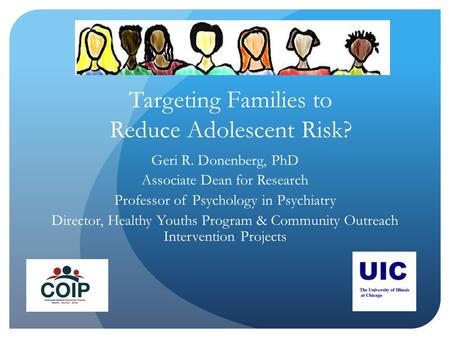 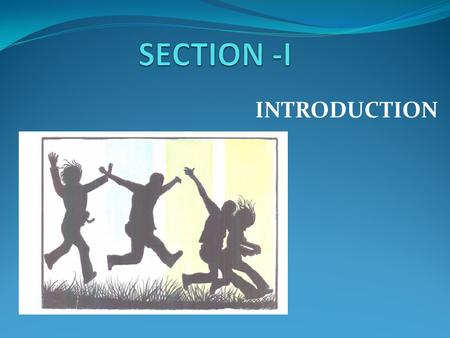 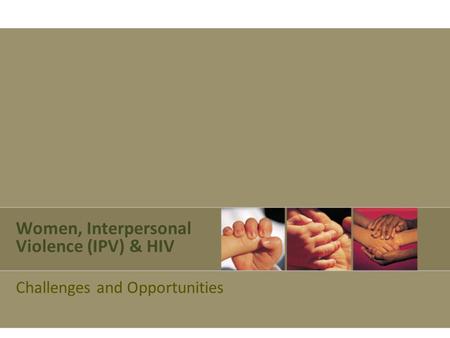 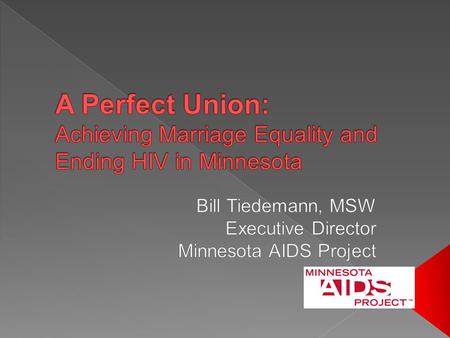