2 Its your turn!!! On your OWN think of a definition of “Family”.
Write it down, but think about it first, its not as simple as you may think! Be prepared to share your definition with the rest of the class!

3 What do sociologists think?
Many sociologists assume that the family is a universal social institution. They claim that groups of kin living together as recognised families occur in all human society. However other social scientists criticise this view by showing that there are exceptions to any definition to the family, except for those which are extremely broad.

4 George Murdock: a Functionalist perspective
Murdock concluded from his research that some form of family existed in every society. He compared 250 societies and claimed that although there were variations in the kinship systems of these societies, they all corresponded to what he defined as the “family”

5 Murdock’s definition “The family is a social group characterised by common residence, economic cooperation and reproduction. It includes adults of both sexes, at least two of whom maintain a socially approved sexual relationship, and one or more children, own or adopted, of the sexually cohabiting adults.

6 What do you think of Murdock’s view
Make some notes on your paper of your views of Murdock’s definition. What are its good points? How would you improve it?

7 Murdock continued Murdock see the nuclear family as the basic unit around which all family systems are organised. However he notes that in many societies the nuclear family may be part of a large kinship group. Firstly it may be part of a polygamous family where individuals are allowed more than one wife (polyandry) or more than one husband (polyandry) Secondly in many cultures the basic family unit is an extended family e.g. 3 generations living together

8 Why does Murdock think the nuclear family unit is universally present?
He says that it performs four essential functions without which society could not continue. They are: Economic Reproductive Sexual Educational

9 In other words…… The family regulates sexual behaviour.
Produces the nest generation of society Acts as a basic economic unit, cooperating in tasks and sharing in resources It socialises children into the culture of their society.

10 Is Murdock wrong? There Is evidence that organisations which Murdock would NOT define as a family are capable of performing the families functions. For example the Kibbutz in Israel. They share property and work together. Although men and women marry and have children, they do not look after them. Children are seen as the responsibility of the tribe as a whole. They are brought up by specially trained foster parents in a separate children’s house. They are only allowed to visit their parents for a very short time each day. Some sociologists argue that this is not a family because they do not all live together and share money etc.

11 Is there any point in arguing that families are not universal?
Many sociologists now argue that families are pretty much universal. They say that rather than arguing about whether or not the family is universal we should look at what family actually means to different cultures and in different countries. When we look at the family in this way it is a socially constructed unit, it is not a natural unit created from biological necessity.

12 Activity 1) Do a brief survey among your friends or workmates and find out how many live in nuclear families, how many live in classic extended families and how many have modified extended families. You will have to think of suitable ways of measuring the features of these families, such as how near relatives live, how often they see each other, what relatives live in the household apart from parents and children, and so on. 2) Ask them what it is like living in these different types of family. On the basis of your findings and using also your own experience of family life, make a list of the advantages and disadvantages of living in each types of family 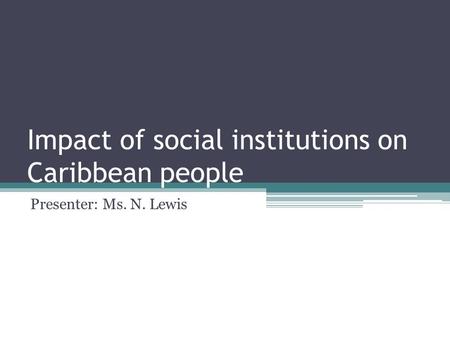 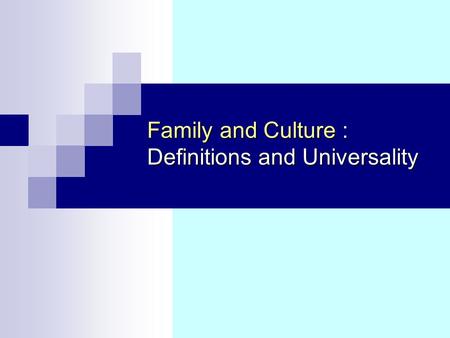 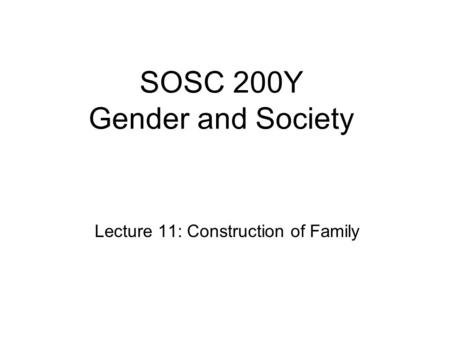 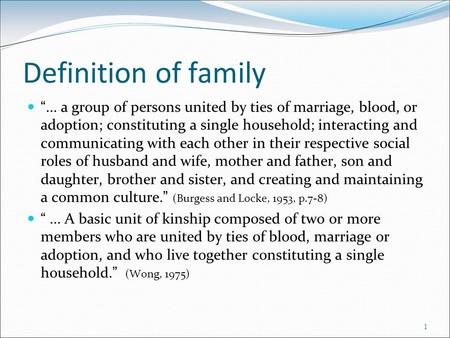 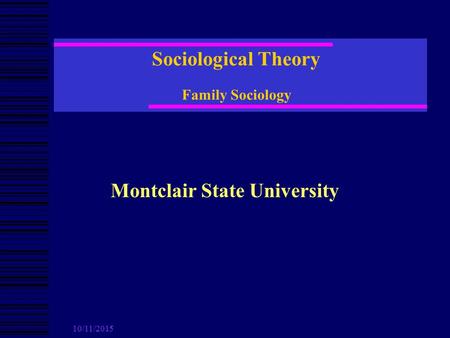