1 Chapter 7 Human Geography of Canada: Developing a Vast Wilderness
Three major groups in Canada—the native peoples, the French, and the English—have molded into a diverse and economically strong nation.

5 The First Settlers and Colonial Rivalry
Colonization by France and Britain • French explorers claim much of Canada in 1500–1600s as “New France” • While the British settlers colonized the Atlantic Coast • Coastal fisheries and inland fur trade were important to both countries though. • Britain wins French and Indian War, so the French surrender their land, but (1754–1763); French settlers stay

8 Continental Expansion and Development
From the Atlantic to the Pacific • With so much more land to settle Canada went about making the land more accessible by building roads, canals and railroads • In 1885 a transcontinental railroad goes from Montreal to Vancouver • European immigrants arrive and Yukon gold brings fortune hunters - Copper, zinc, silver also found; This leads to growing railroads and towns. Urban and Industrial Growth • Farming gives way to urban industrialization, manufacturing - Especially within 100 miles of U.S. border due to climate, land, and available transportation. • Canada even becomes major economic power in 20th century

10 Section 2: Economy and Culture of Canada
• Canada is highly industrialized and urbanized, with one of the world’s most developed economies. • Canadians are a diverse people.

12 Continued An Increasingly Diverse Economy
Canada’s Primary Industries These include: • Farming, logging, mining, fishing: - Canada is the world’s leading exporter of forest products • Mining: uranium, zinc, gold, and silver are exported around the world • Fishing: domestic consumption is low, so most of catch is exported

13 Continued An Increasingly Diverse Economy
The Manufacturing Sector • 13% of Canadians work in manufacturing, create 1/6 of GDP - They make cars, steel, appliances, equipment (high-tech, mining) - Most manufacturing is centered in the heartland, from Quebec City, Quebec, to Windsor, Ontario.

14 A Land of Many Cultures Languages and Religions Canada is a nation of many cultures • The Mixing of French and native peoples created métis culture • Canada is bilingual: English is most common language, except in French-speaking Quebec. • English Protestants and French Catholics dominate, Canada but they often clash over religion and culture. So the Canadian government promotes cultural diversity. - increasing numbers of Muslims, Jews, other groups have starting arising in Canada.

15 Continued A Land of Many Cultures
Canada’s Population It is influenced by climate and land. • Densest population is in port cities (Montreal, Toronto, Vancouver) and farmlands • The Environment keeps 80% of people on 10% of land (near U.S. border) • Urbanization: in % of people lived in cities, today it’s 80% • Various ethnic groups cluster in certain areas of Canada: - 75% of French Canadians live in Quebec - many native peoples live on reserves — public land set aside for them - most Inuits live in the remote Arctic north - many Canadians of Asian ancestry live on West Coast

19 Section 3: Subregions of Canada
• Canada is divided into ten provinces and three territories. • It then can be divided into four subregions from these provinces and regions: the Atlantic, Core, and Prairie Provinces, and the Pacific Province and the Territories. • Each subregion possesses unique natural resources, landforms, economic activities, and cultural life. 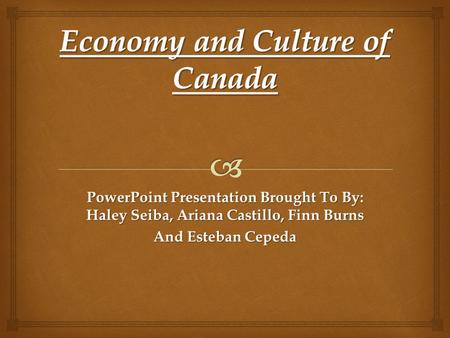 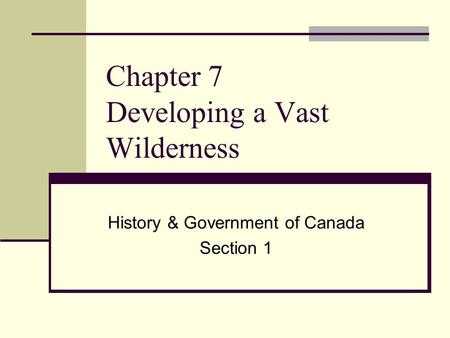 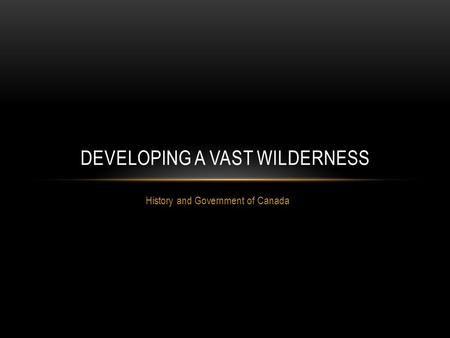 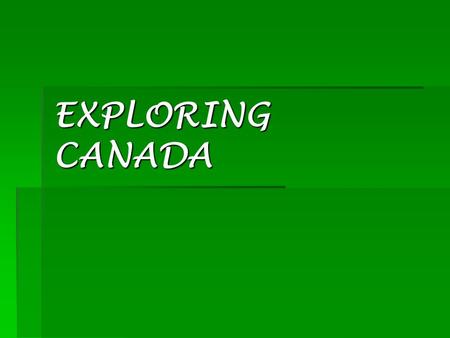 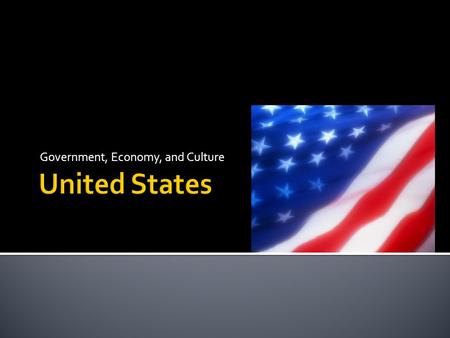 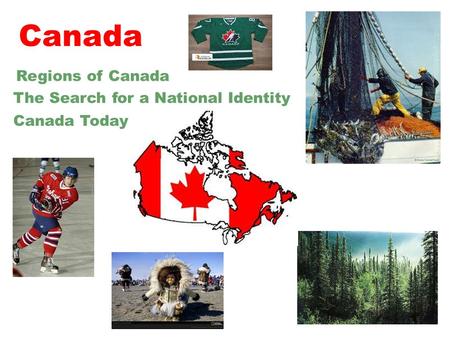 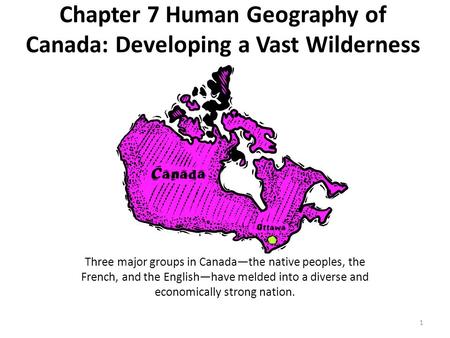