6 HARAPPAN CIVILIZATION Harappan civilization reached its zenith about 2500 B.C.E. Most important advancement of the Harappan people was the development of planned cities – Cities were laid out in a grid pattern

7 ARRIVAL of the ARYANS About 1500 B.C. a group of peoples called Aryans invaded the Indus River valley thru the Kyber Pass ARYANS

8 ∆ Nomads at first, settled down into agriculture in Indus Valley ∆each tribe led by a Rajah (chief) ∆Cattle served as basis of diet, eventually used as money ∆spoke Sanskrit language ∆wrote the Vedas – means “Books of Knowledge” – formed basis of the Aryan religion that would become Hinduism ARRIVAL of the ARYANS

10  Outcasts  Harijan (“Children of God”)  Chandalas (“Impure Ones”) Too low to be in the caste system Considered “impure” from birth Perform jobs that are traditionally considered “unclean”  Scavengers, clean toilets and sewers, handle dead bodies Originally-could not enter villages/city during the day -could not walk in same street with other castes -shadow was considered impure -very sight of them was a bad omen -generally lived on outskirts of villages/cities -unknown/uncared for MOVEMENT THROUGH CASTE SYSTEM COULD ONLY BE ACHIEVED THROUGH REINCARNATION UNTOUCHABL ES 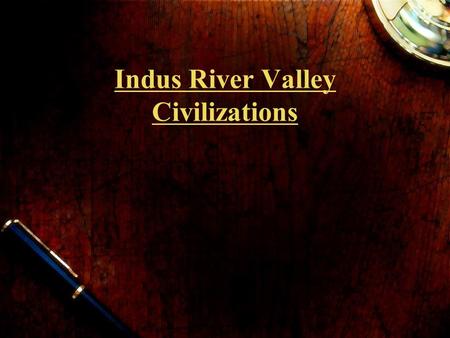 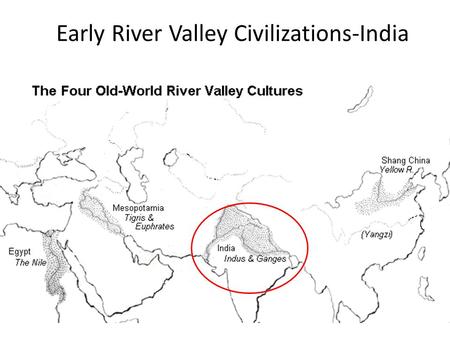 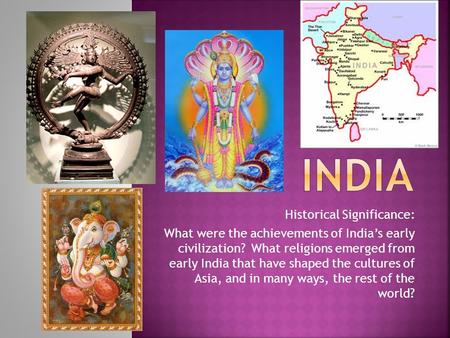 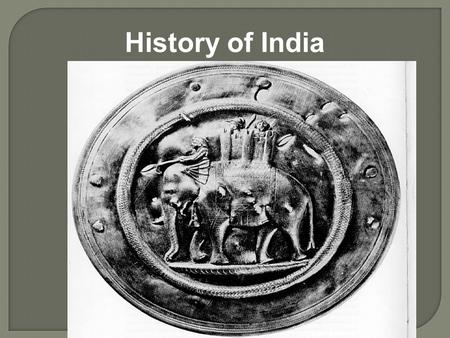 History of India. Standard  SSWH2 The student will identify the major achievements of Chinese and Indian societies from 1100 BCE to 500 CE. Element  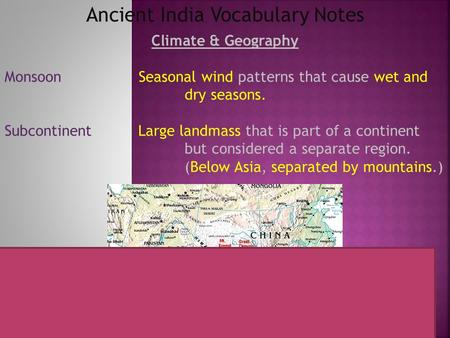 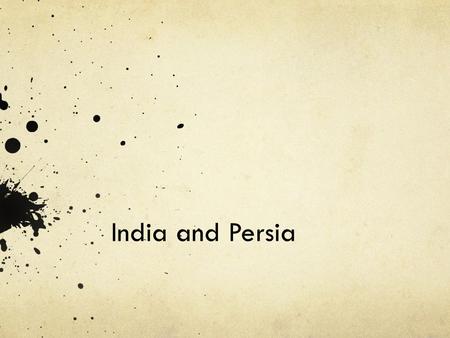 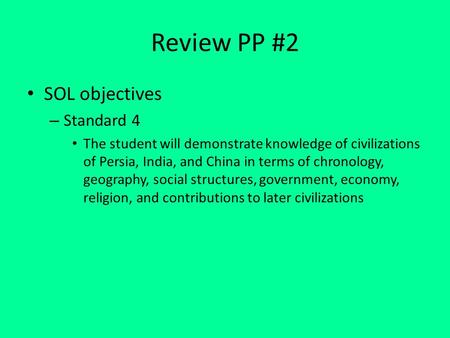 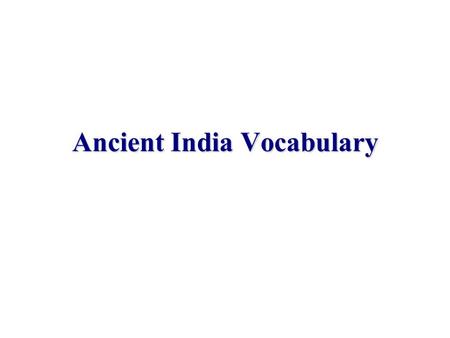 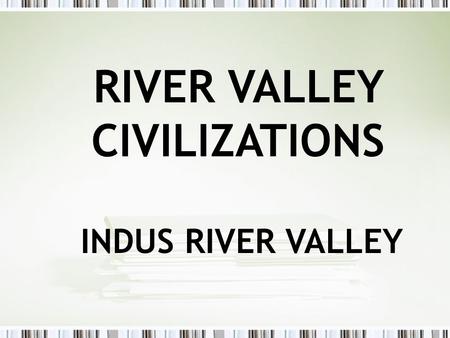 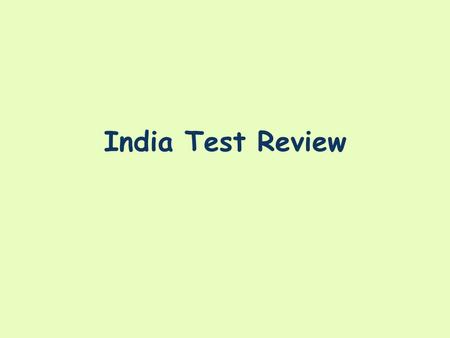 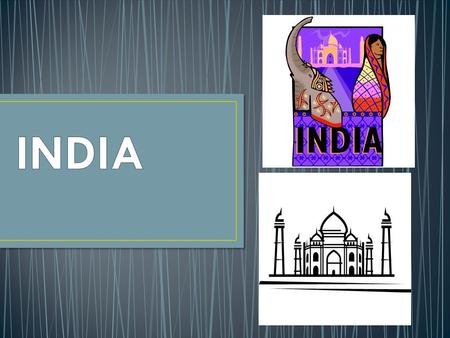