17 Beat Jost, Cern Data Transfer Protocols ❏ In general data are pushed through the system without acknowledgment (“fire and forget”) ➢ Simple data sources ➥ Little/no buffering needed ➥ No protocol handling ➢ Assumes only very few packets are lost on the way… ❏ Upon L0-trigger “Yes” the detector front-end electronics push the data through the GOL links towards the DRUs ❏ The DRUs do all the necessary processing and push the data towards the CPU farm ➢ Events (triggers) are packed into Multi-Event Packets (MEP). The packing factor is configurable and ~10 ➥ Reduction of the transport overheads (Ethernet and IP headers) ➢ The data format through the readout network is raw IP packets ➢ The destination (Farm node) is assigned by the RS and conveyed through the TFC network to each DRU. 17 TIPP 2, Chicago, 9 June 2011

18 Beat Jost, Cern Rate Limitation/Overload protection ❏ Reasons for overload ➢ The front-end electronics has a limited de-randomizing buffer of 16 events. At a readout speed of 900 ns/event this buffer could overflow ➢ At this level the system is completely synchronous to the (LHC) clock ➥ Thus the Readout Supervisor can predict when the buffer would be overfilled  conversion of trigger “Yes” to “No” ➢ The output buffer of the DRUs could fill up because of to high data rate ➥ System at this level is asynchronous ➥ DRUs assert throttle signal towards the RS to stop data from flowing in ➢ The CPU farm can be busy ➥ Each farm node signals its readiness to receive data to the RS with a MEP request packet. ➥ RS will throttle trigger when there are no open MEP requests 18 TIPP 2, Chicago, 9 June 2011 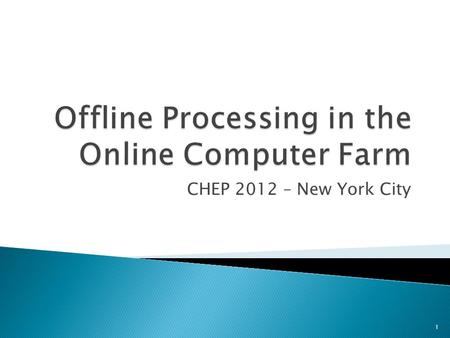 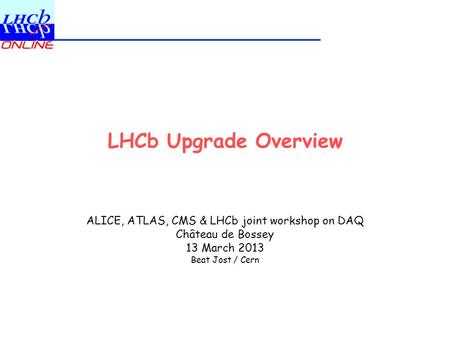 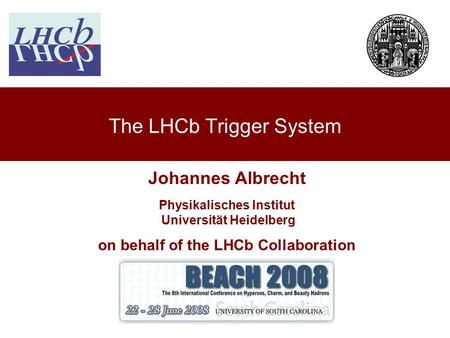 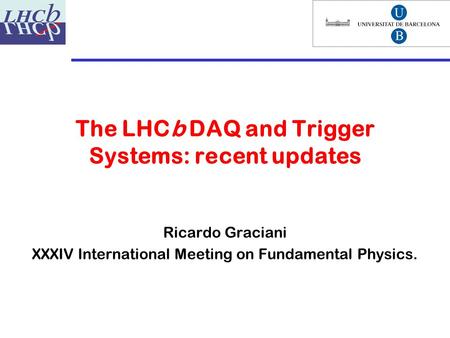 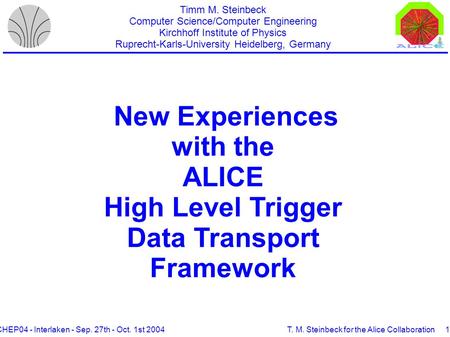 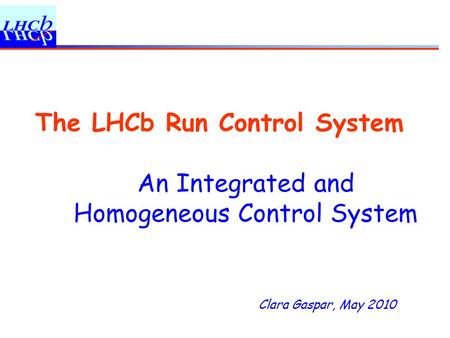 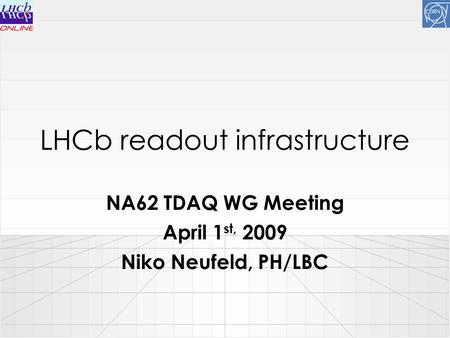 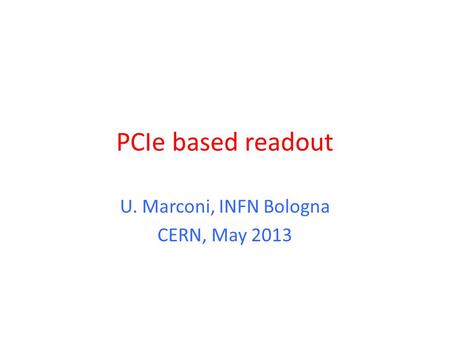 PCIe based readout U. Marconi, INFN Bologna CERN, May 2013. 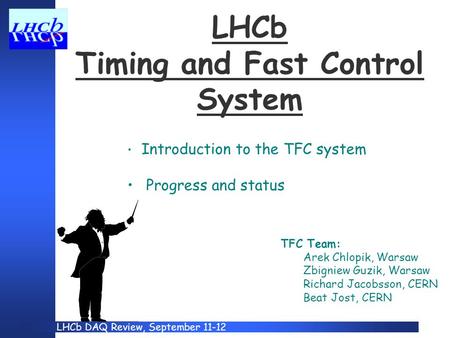 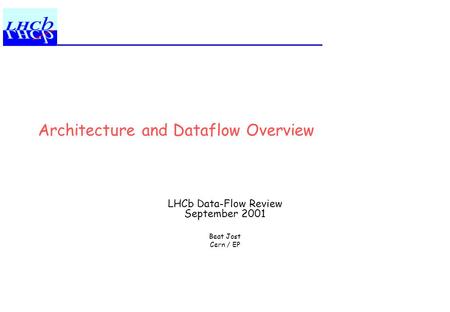 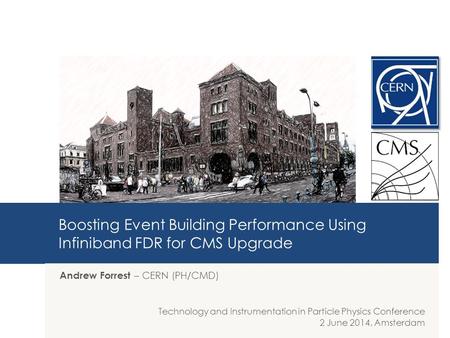 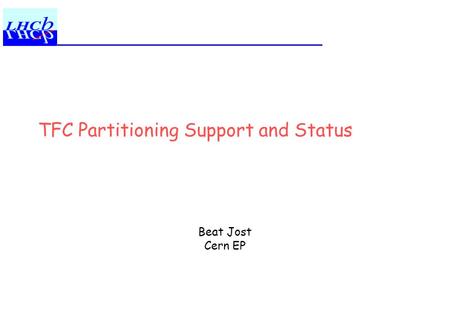 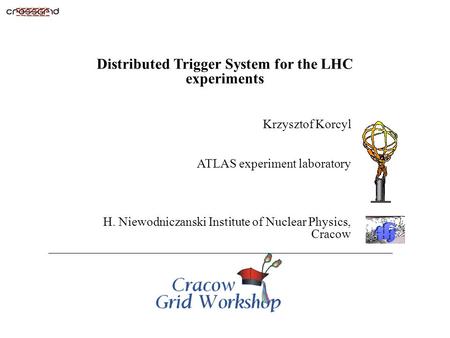 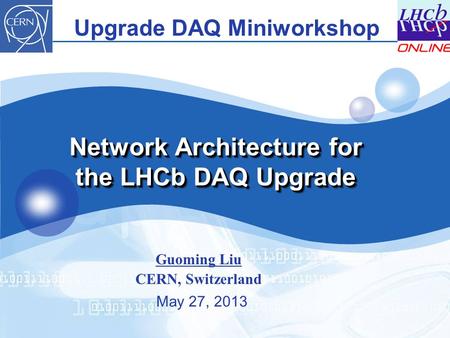 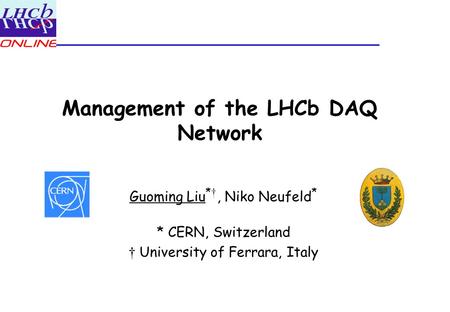 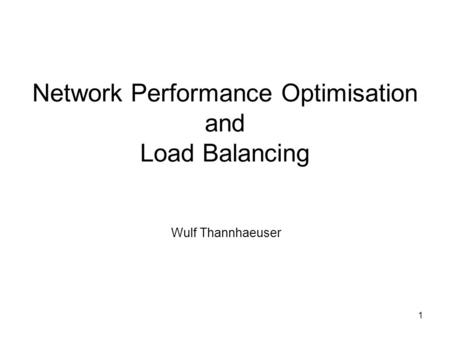 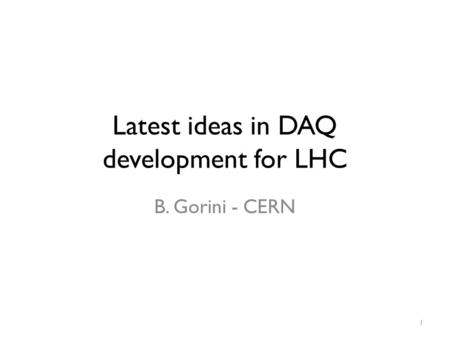 Latest ideas in DAQ development for LHC B. Gorini - CERN 1. 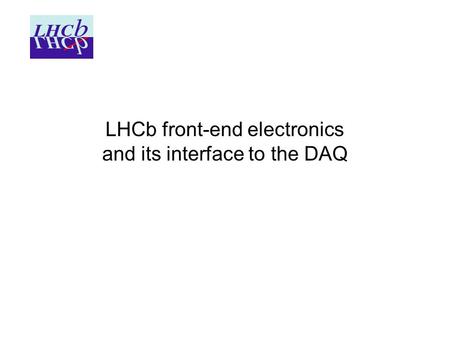 LHCb front-end electronics and its interface to the DAQ. 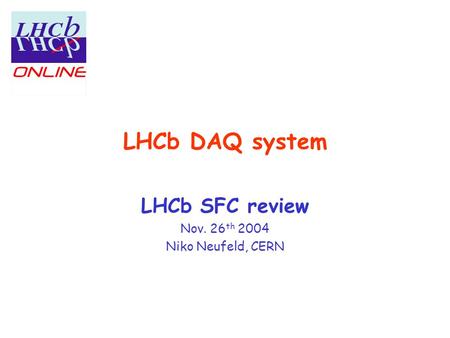