2 ISPRA - Trieste (Italy), 3-5 June 2013 Member states have to produce, every six years starting from 2012, a report on: Initial assessment (art. 8) Definition of Good Environmental Status (GES) (art.9) Determination of Environment Targets to reach GES (art. 10) According to art. 19.3, detailed information have to be made available for EEA and EC in order to compare assessment methodologies and monitoring data Report MSFD

3 Objectives Member States need to provide access and use rights to the EEA and EC for the data and information used in initial assessments and subsequently from monitoring programmes (MSFD art 19.3) Jointly develop WISE-Marine as a comprehensive and shared European data and information management system for the marine environment which supports implementation of the MSFD. This will also include the use of the EMODnet and INSPIRE processes to establish the required infrastructure and data access. Use of EMODnet for MSFD purposes should be operational from 2012 onwards and fully support MSFD reporting by 2018 ISPRA - Trieste (Italy), 3-5 June 2013

4 Objectives The following aspects will in particular be addressed: 1. Streamlining future reporting requirements (i.e. for monitoring, measures and updated assessments) through continued development of focused out-come oriented reporting (and potentially elimination of paper reporting); ISPRA - Trieste (Italy), 3-5 June 2013 2. Harmonising reporting under MSFD with that of other EU Directives and policies (e.g. for Regional Sea Conventions) to both avoid duplication of reporting and to maximise synergies between different policy instruments.

5 Roadmap To have defined a prioritized list of data sets (either data or data products), which are linked to GES indicators and monitoring programmes and will support future assessments, and that are common at a sub-region, region or EU level (as appropriate, depending on the topic and appropriate regional scale) in support of 2018 MSFD art 8 assessments; To have agreed the content and format of each data set, according to the needs of MSFD for use in assessments and to relevant INSPIRE standards, such that the data sets can be readily aggregated (within countries, within regions, at EU level); ISPRA - Trieste (Italy), 3-5 June 2013

6 Roadmap To have established effective and efficient data management mechanisms at national and EU levels which allow ready access to the data for the EEA and the EC according to the requirements of MSFD Article 19.3, including regular updating of the data as new data are collected. This should make best use of existing mechanisms, including reporting under other EU Directives, the Data Collection Framework, EMODnet, GMES and Regional Sea Convention mechanisms; To have established public access to the data via web portals, including use of WISE-Marine and EMODnet, such that the data are available (down-loadable) to Member States, Regional Sea Conventions and others to support regional coherence in future assessments. ISPRA - Trieste (Italy), 3-5 June 2013

11 ISPRA - Trieste (Italy), 3-5 June 2013 an overview to allow prioritisation and identification of data used in initial assessments, based on reporting of metadata (april 2013); development of a mechanism for reporting of nutrients, chlorophyll and dissolved oxygen into EMODnet; support to future EMODnet projects on human activities and chemicals; streamlining of reporting requirements for habitats and species developing experience for reporting assessment outcomes in a grid-based system. 2012-2013: Phase 1 - Quick wins

13 ISPRA - Trieste (Italy), 3-5 June 2013 The challenge of the MSFD approach is that while the Commission decision of September 2010 outlines 56 indicators of good environmental status, the explicit manifestation of these is not yet in place; In the 2012 (april 2013) reporting by MS, it can be expected that many will be more explicitly defined, whilst further work can be expected in the period to 2014 to make them fully operational for monitoring programmes, including work at regional/subregional level to further harmonise them support to future EMODnet projects on human activities and chemicals; 2012-2014: Phase 2 -indicators and monitoring

14 ISPRA - Trieste (Italy), 3-5 June 2013 There is a need to review the outcomes of the 2012 reporting, including the extent to which proposed indicators are common across regions and subregions, and to use ongoing processing at EU level (via WG GES and proposed thematic workshops) and in the regional sea conventions Those indicators which have a high degree of commonality in each region/subregion and hence could be subject to harmonised monitoring programmes should be identified as the ones where most attention is given to establishing the data access mechanisms in time for 2018 assessments. 2012-2014: Phase 2 -indicators and monitoring 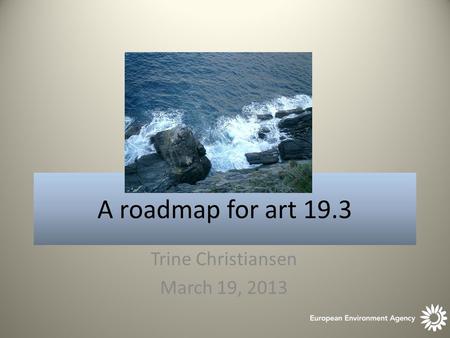 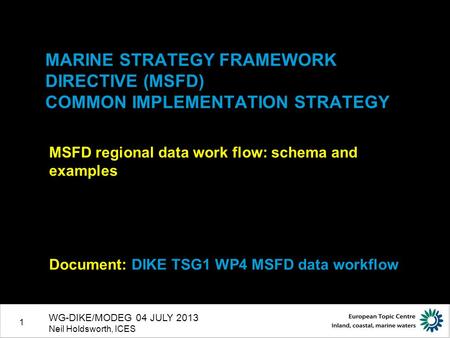 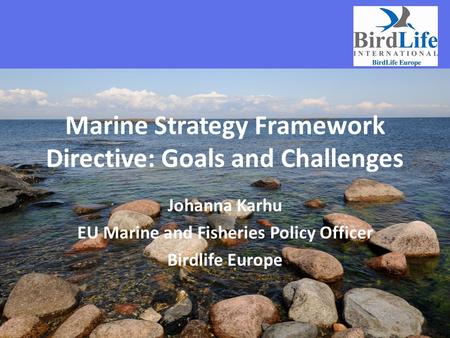 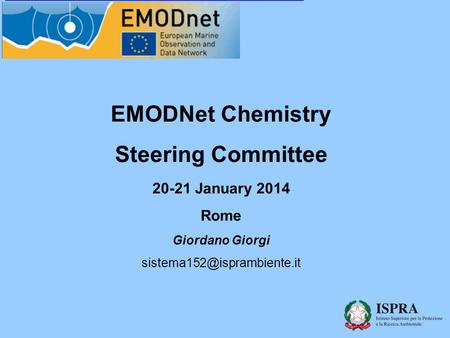 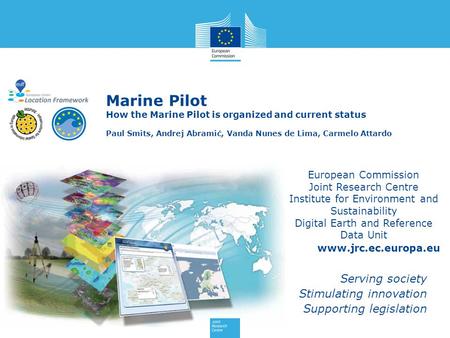 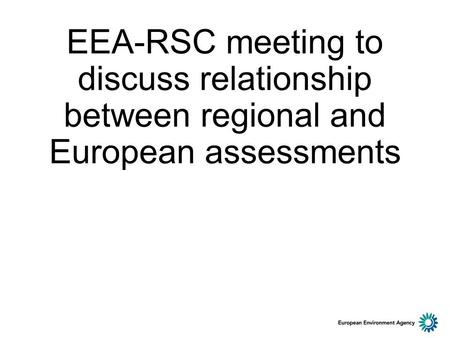 EEA-RSC meeting to discuss relationship between regional and European assessments. 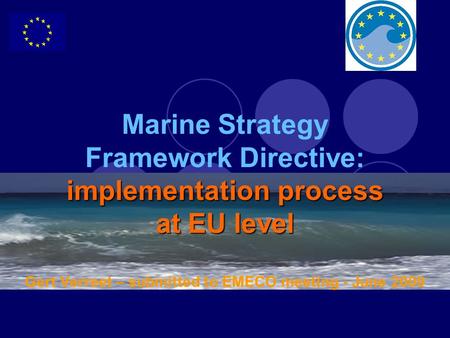 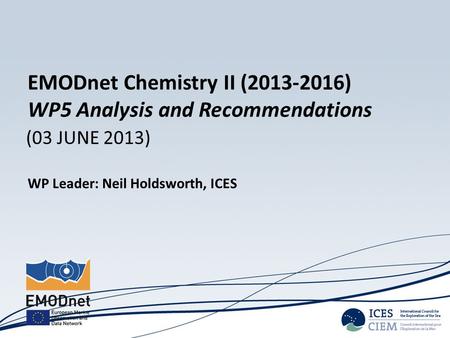 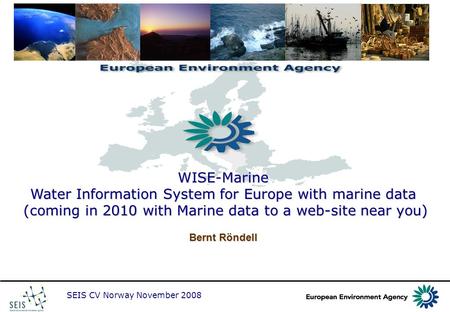 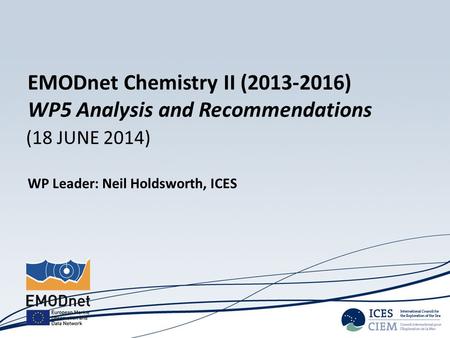 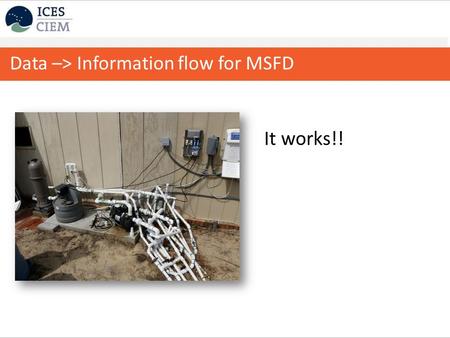 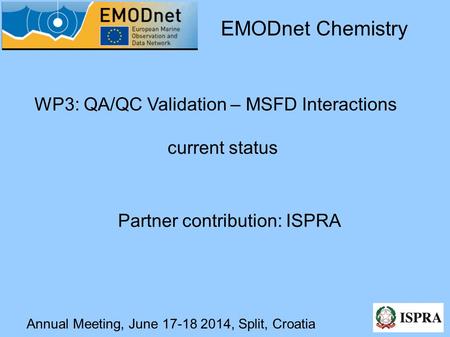 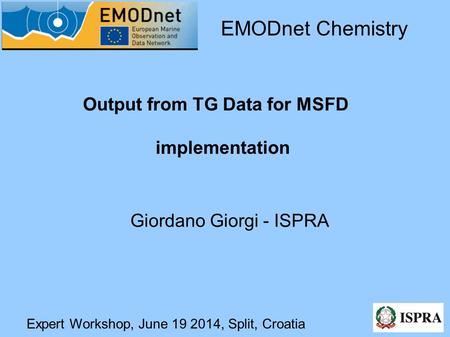 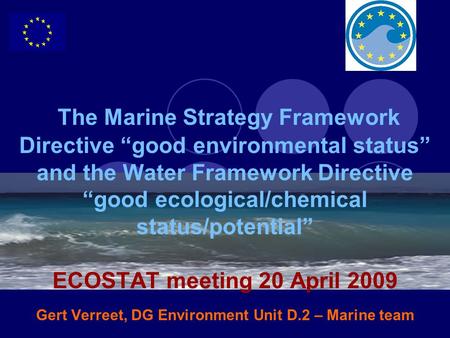 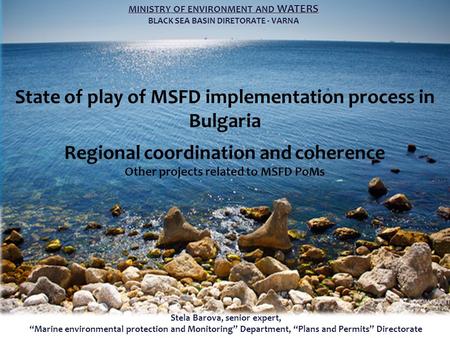 Monitoring Fact Sheets DIKE TSG1 04. July 2013, Copenhagen Proposal for the use of web-based monitoring “fact sheets” for the purpose of MSFD reporting. 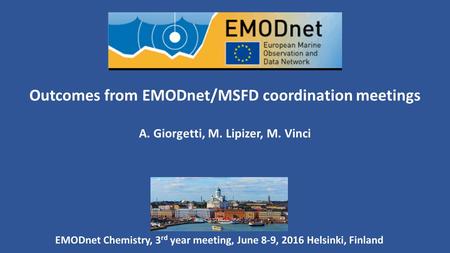 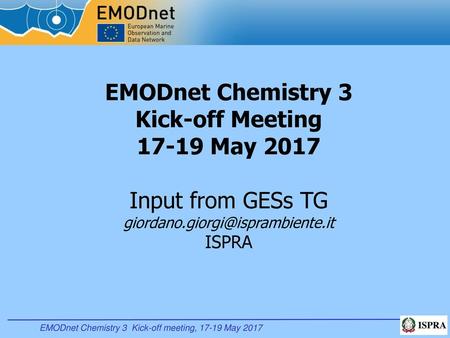