3 ROM It contains a permanent pattern of data that cannot be changed.
It is non-volatile (no power is required) It is possible to only read from ROM Application of ROMs : Microprogramming Library subroutines System programs Function tables Adv: Data or program is permanent in main memory

5 ROM ROM is created with data actually wired into chip during fabrication. This presents two problems: Data insertion includes a large fixed cost There is no room or error. If one bit is wrong, the whole batch of ROMs must be thrown out.

6 PROM It is non-volatile and wrote only once.
The writing process is performed electrically and may be performed later than during fabrication. Special equipment is required for the writing or “programming” process. It provide flexibility and convenience.

7 EPROM It is read and written electrically.
Before a write operation, all storage cells is erased Erasure is performed by shining an intense ultraviolet light through a window designed into the chip This can be performed repeatedly Each erasure can take upto 20 minutes EPROM can be altered multiple times EPROM is more expensive than PROM Adv: multiple update capability.

8 EEPROM It can be written into at any time without erasing prior contents. Write operation takes longer time than read. Adv: nonvolatility flexibility of being updatable Uses ordinary bus control, address, and data lines. Disadv: More expensive Less dense (fewer bits per chip)

9 Flash EEPROM Named so since it can be reprogrammed fast.
It uses electrical erasing technology Entire memory can be erased in few seconds It is possible to erase blocks of memory rather than entire chip. It does not provide byte-level erasure. Adv: It uses only one transistor per bit and hence high density

12 Memory Hierarchy As one goes down the hierarchy:
a. Decreasing cost per bit b. Increasing capacity c. Increasing access time d. Decreasing frequency of access of the memory by the processor Thus, smaller, more expensive, faster memories are supplemented by larger, cheaper, slower memories.

13 Virtual Memory It allows the execution of processes that are not completely in memory It abstracts main memory into an extremely large storage, separating logical memory from physical memory. It frees programmers from the concerns of memory limitations. It allows processes to share files easily. It is not easy to implement and decrease performance if it is used carelessly. 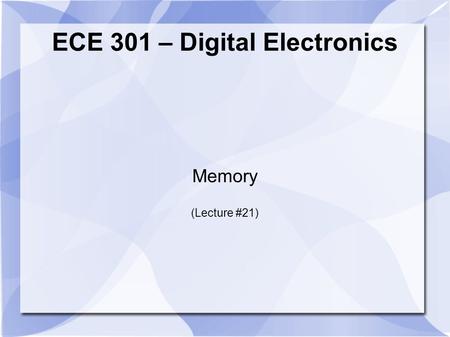 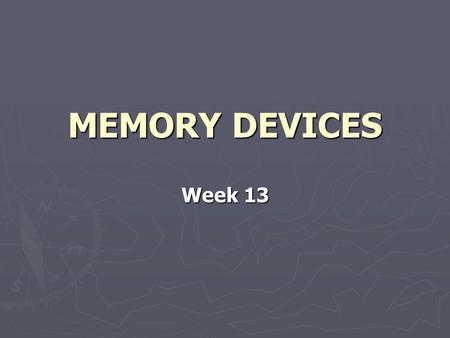 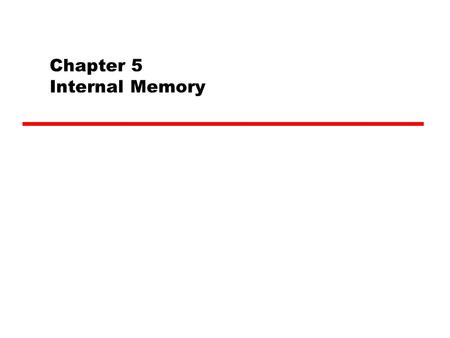 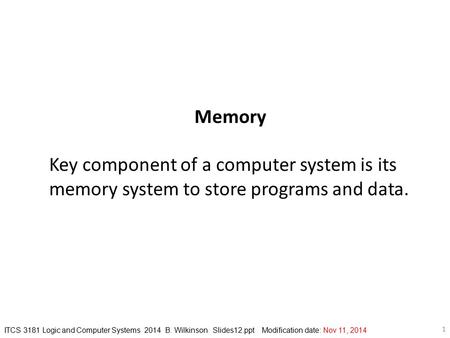 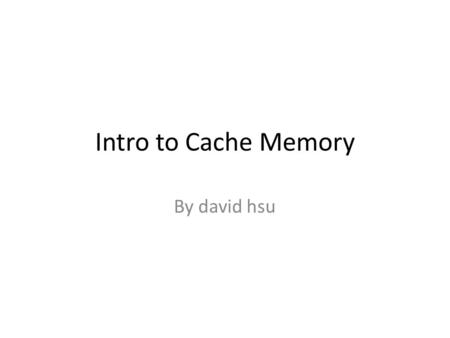 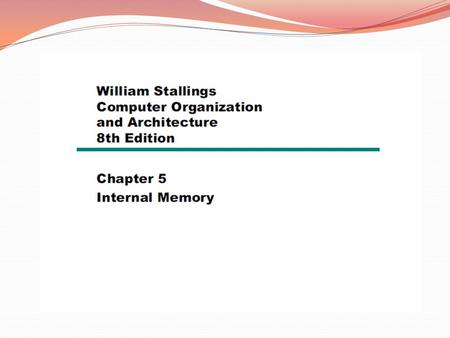 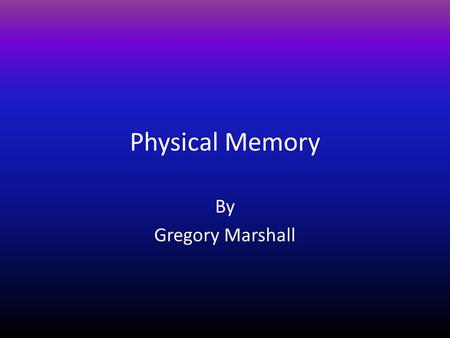 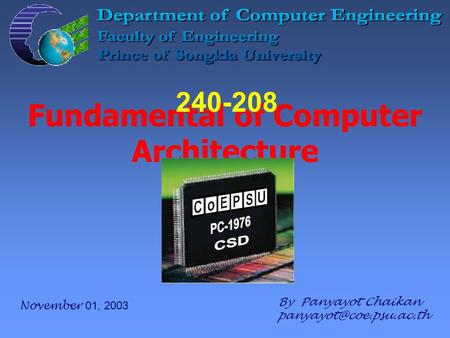 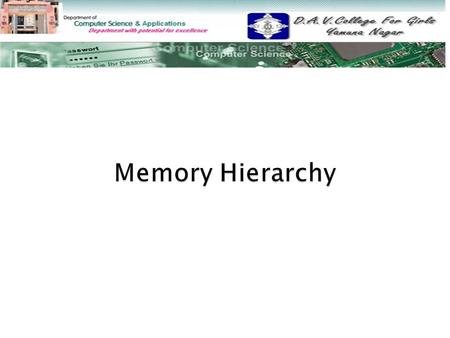 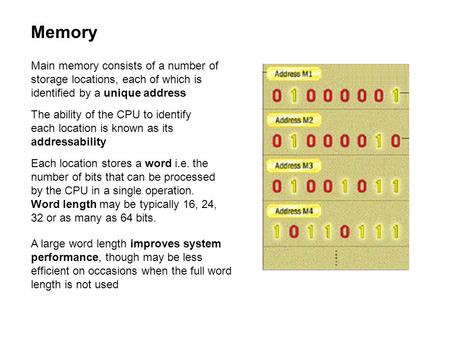 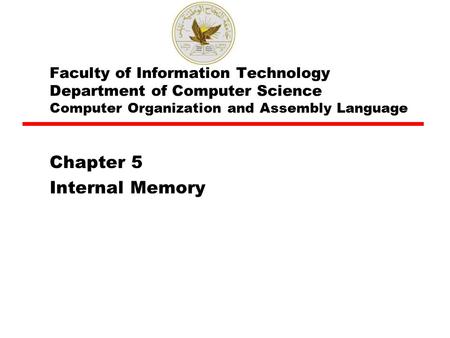 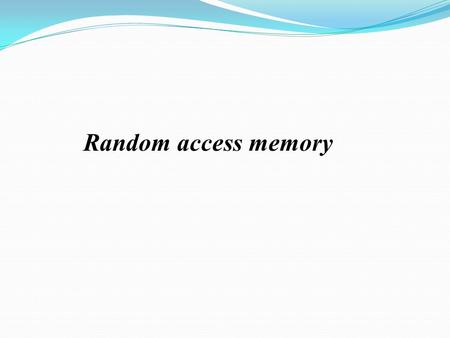