NEW MATHS CURRICULUM 2014. NEW CURRICULUM 2014 In September 2014 the primary school curriculum including maths was radically changed. The main aim is.

2 NEW CURRICULUM 2014 In September 2014 the primary school curriculum including maths was radically changed. The main aim is to raise standards through increased expectations. The Government state that the new curriculum has been designed to produce productive, creative and well educated students. Reform follows on from similar curriculum revisions in Scotland and Wales. All maintained schools will have to follow the new curriculum but Academies and Free Schools are exempt.

3 NEW CURRICULUM 2014 KEY FACTS ABOUT THE NEW CURRICULUM Schools are free to choose how they organise their school day, as long as the content of the National Curriculum programmes of study is taught to all pupils. By the end of each key stage, pupils are expected to know, apply and understand the matters, skills and processes specified in the relevant programmes of study. The new National Curriculum identifies what to teach but not how to teach. Exceptions to this are the methods in maths. The new National Curriculum does not have levels of attainment, but expectations at each banding.

4 NEW CURRICULUM 2014 WHAT ARE THE MAIN CHANGES? The new curriculum has been divided across the three phases in primary schools i.e. Key Stage 1, Lower Key Stage 2 (Years 3 and 4) and Upper Key Stage 2 (Years 5 and 6). There are no specific times during each phase where topics have to be taught nor how long it should take. This is left to the discretion of individual schools and teachers as it is dependent on how quickly children grasp the specific area being taught. In terms of the content that now has to be taught there are also radical changes.

5 NEW CURRICULUM 2014 CHANGES IN MATHEMATICS Five-year-olds will be expected to learn to count up to 100 (compared to 20 under the current curriculum) and learn number bonds to 20 (currently up to 10) Simple fractions (1/4 and 1/2) will be taught from KS1, and by the end of primary school, children should be able to convert decimal fractions to simple fractions (e.g. 0.375 = 3/8) By the age of nine, children will be expected to know times tables up to 12x12 (currently 10x10 by the end of primary school) Calculators will not be introduced until near the end of KS2, to encourage mental arithmetic In Maths there will be a greater emphasis on arithmetic, and the promotion of efficient written methods of long multiplication and division. There will also be a more demanding content in fractions, decimals and percentages. Documents outlining these changes in detail are available on the school website for each year group.

6 NEW CURRICULUM 2014 END OF KEY STAGE TESTS The Department for Education is currently in the process of reforming KS2 tests, but details have not yet been published. This will effect Year 5pupils onwards. Some pilot tests will be available over 2015. This is being changed so that the DfE has some way of measuring progress of children from the start of their primary education to the end. Depending on your child’s year group in September 2014 their progress will be calculated based on any testing or assessments that they have already had. It will not be until 2021 that the whole school will be being assessed in the same way.

8 NEW CURRICULUM 2014 WHAT CHANGES ARE BEING MADE AT GARLAND? As we are a state maintained school it is expected that we will implement the new curriculum. Therefore, all staff have been working on considering how we can incorporate the changes to the curriculum without losing what we know already works. To that end, staff have attended national and local training so that we all had a clear understanding of the requirements for September 2014. We have used our INSET training days and staff meetings to look at our existing Schemes of Work and are in the process of adapting these to include the new requirements so that we fulfil our statutory obligations.

9 NEW CURRICULUM 2014 WHAT CHANGES ARE BEING MADE AT GARLAND? Our Mathematics Schemes of Work already in place included a proportion of Year 7 curriculum to challenge more able pupils. Children have taken the Level 6 papers in maths over the past 2 years since they were reintroduced. Will no longer be used from 2016 onwards. This has meant that many of the changes were already in our curriculum. However, in some cases there were areas that now do not need to be taught (particularly in Maths) but we have decided that we will keep these in and also maintain a high focus on giving the children the opportunities to use and apply their knowledge as this will ensure that our children continue to work at a level that is above national expectations.

10 NEW CURRICULUM 2014 AND FINALLY…. Obviously this is a time of change for children, teachers and parents. It is not the first time (nor likely to be the last) that the curriculum has been radically changed. As we go through next year we will keep you updated so that as parents you have a clear picture of what, when and how your child will learn. As with all changes there are positive and less positive things about it. As a school we have decided that we will focus on ensuring that we incorporate the changes in such a way that our children will continue to thrive and progress not only academically but spiritually, morally and socially too. For us at Garland if we ensure that our children remain at the heart of all we do and take on the challenge of change rather than be anxious about it I am sure that by September 2015 (after one year of the new curriculum) it will feel as if we have always taught this way.

11 NEW CURRICULUM 2014 Year 3 Copies for each Year group will be made available via the web site with more detail.

12 NEW CURRICULUM 2014 Year 4 Copies for each Year group will be made available via the web site with more detail.

13 NEW CURRICULUM 2014 Year 5 Copies for each Year group will be made available via the web site with more detail.

14 NEW CURRICULUM 2014 Year 6 Copies for each Year group will be made available via the web site with more detail.

15 Information on the web site available for parents: Mathematics A Parents’ Guide Garland Junior School Calculation policy Maths Key Skills Information for the whole of the primary school Changes to the Maths Curriculum for Years 3 - 6

16 Thank you for listening Any questions? 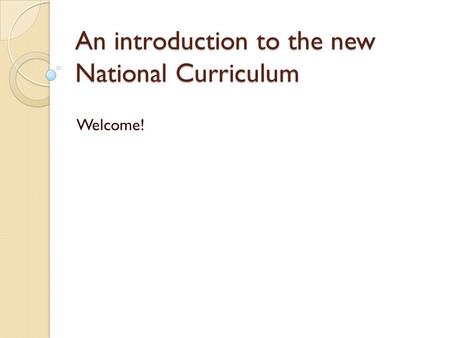 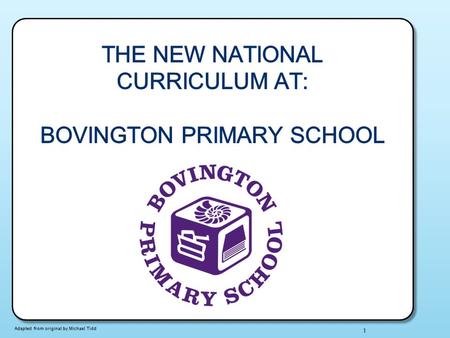 Adapted from original by Michael Tidd 1. The main aims: to raise standards address the perception that children in England are falling behind some of. 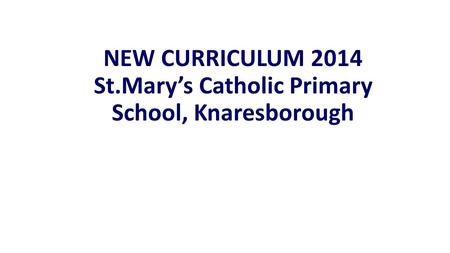 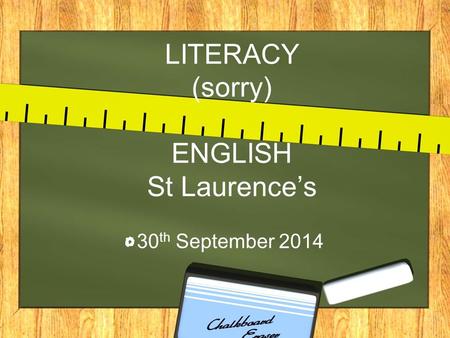 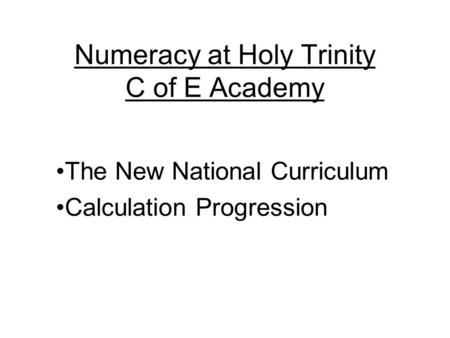 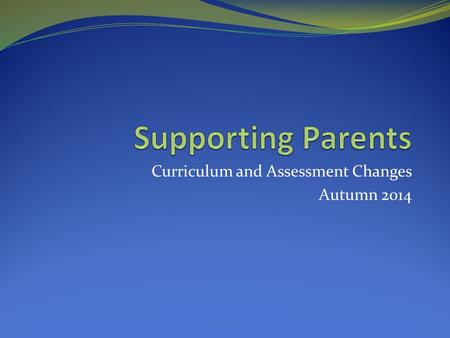 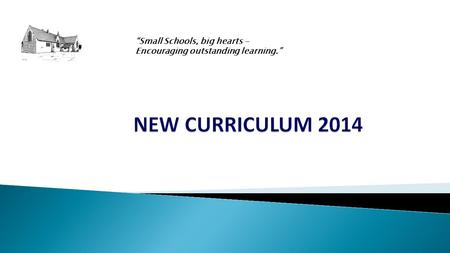 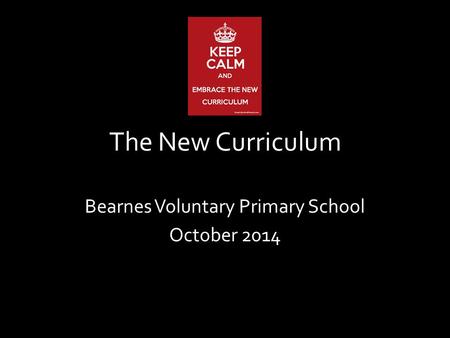 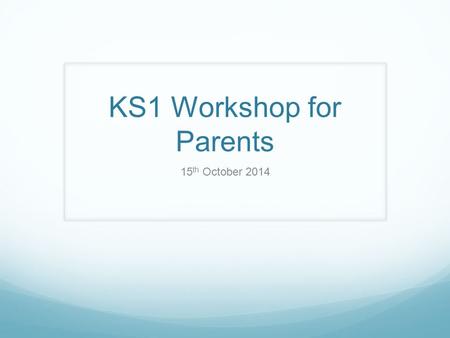 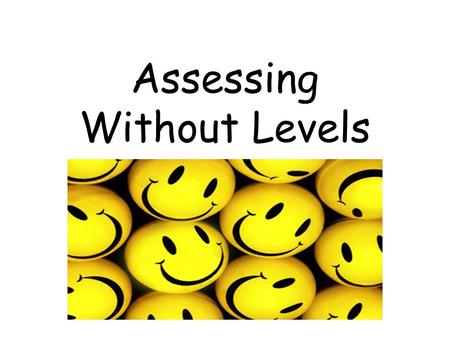 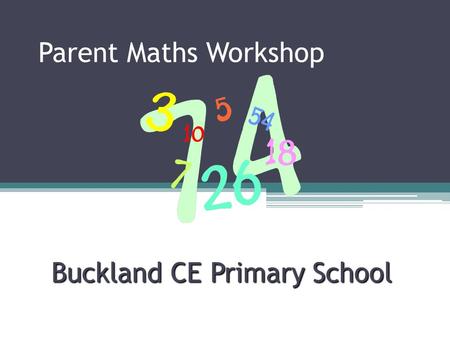 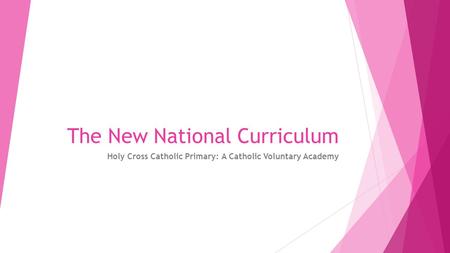 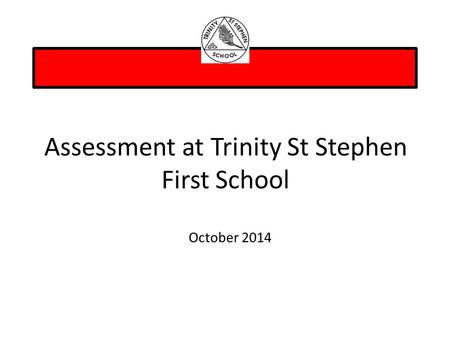 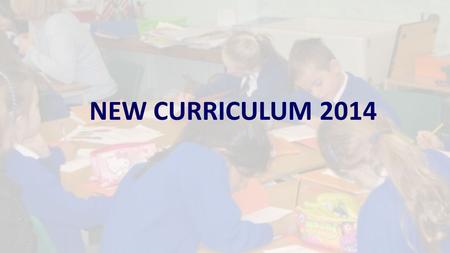 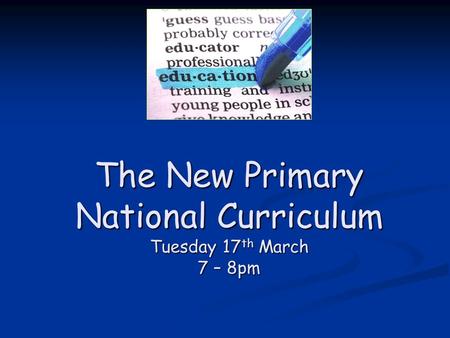 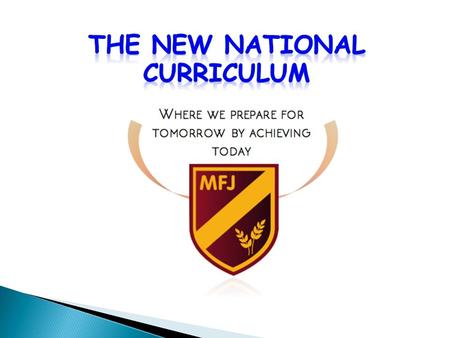 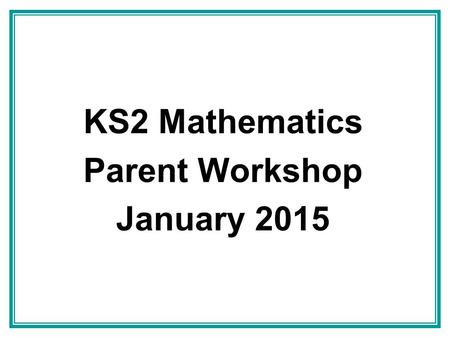 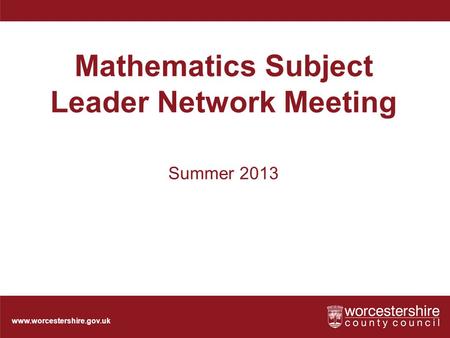 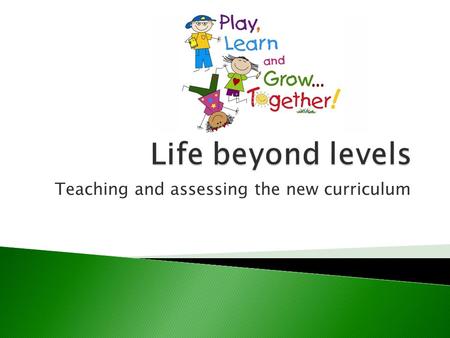 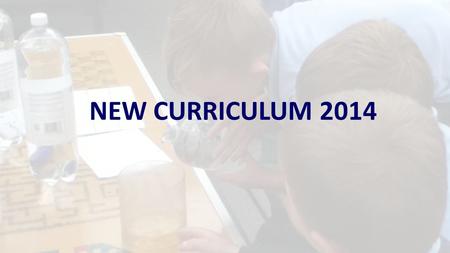 NEW CURRICULUM From September 2014 the New National Curriculum became statutory for years 1,3,4 and 5. In September 2016 it will be for all year.