Presentation on theme: "Henri Matisse Painting with Scissors. Henri Matisse One of the most influential artists of the 20 th century Artist, printmaker, draughtsman, painter,"— Presentation transcript:

3 Portrait of the Artist Henri Matisse was born in France in 1869. He went to law school and was working as a court clerk when he came down with appendicitis. His mother gave him some art supplies to help him feel better during his recovery. He fell in love with art and gave up law to devote himself to his new passion. Matisse had a very prolific career. Much of his life was spent as a painter. It wasn’t until he became ill with cancer in 1941, that he began creating cut paper collages. He called this “painting with scissors”. Because he was confined to a wheel chair, he hired assistance to help him with his paper cut-out projects, many of which were very large.

5 The Snail 9 ft. 5 in. x 9 ft. 5 in. Bigger than a king-sized bed Though these cut-outs look very simple to make, it takes a special talent to cut out and arrange these shapes, as well knowing which colors will work well together to make the most interesting picture.

6 Fall of Icarus  What is happening in this picture?  Does Icarus seem to be falling or flying? Why?  How does the shape of Icarus tell you that he is flying or floating?  What are the yellow shapes in the background?  What does the red dot show?  What do you think Icarus might be feeling?

Download ppt "Henri Matisse Painting with Scissors. Henri Matisse One of the most influential artists of the 20 th century Artist, printmaker, draughtsman, painter," 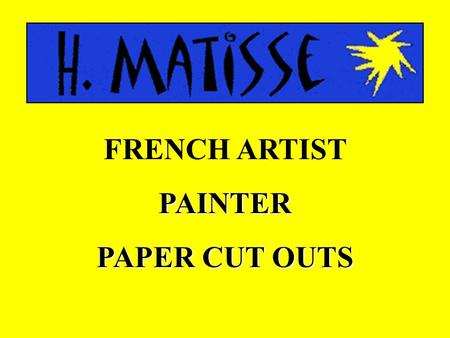 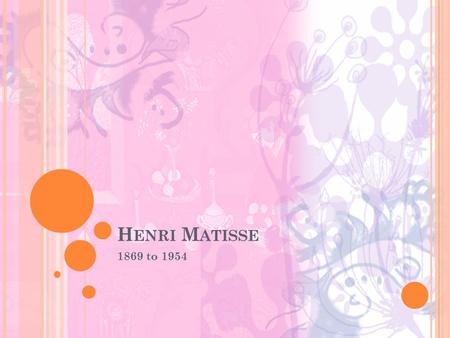 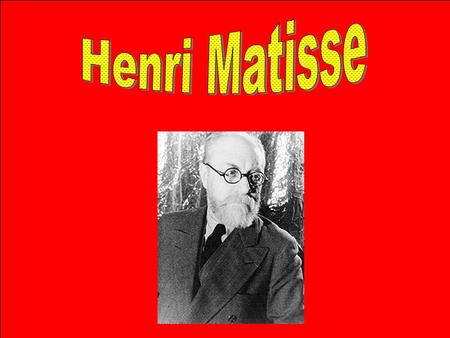