1 Elements of the Short Story

2 Setting The time and place of the action of a story
Setting includes the following: The geographical location The time period The specific building, room and so on . . .

3 Mood The feeling or atmosphere that a writer creates for the reader. A cold wind sliced across the silent and empty graveyard. Stanton shivered and glanced up at the moon, a pale silver behind dark clouds. He heard footsteps, then more footsteps, and his stomach knotted. Shouldn’t have come, he thought. What mood does this paragraph convey to the reader?

4 Characters Protagonist – The main character in a story; the character who is involved in the central conflict of the story Antagonist – principal character or force in opposition of the protagonist

8 Flashback An account of a conversation, an episode, or an event that happened before the beginning of the story

12 Simile A comparison between two unlike things using “like” or “as.” Example: The river winds down the valley like a long, skinny snake.

13 Metaphor A comparison between two unlike things without using “like” or “as.” Ex: Time is money.

16 Allusion A reference to the Bible, history, or another famous piece of literature. In The Hunchback of Notre Dame, the gargoyle Laverne tells a flock of pigeons to “Fly my pretties! Fly, Fly!” alluding to the Wicked Witch of the West in The Wizard of Oz.

17 Tone The writer’s or speaker’s attitude toward a subject, character, or audience; conveyed through the author’s choice of words and detail. Tone can be: Serious Humorous Sarcastic Indifferent Etc.

18 Theme An underlying message about life or human nature that a writer wants the reader to understand; the main idea of the story 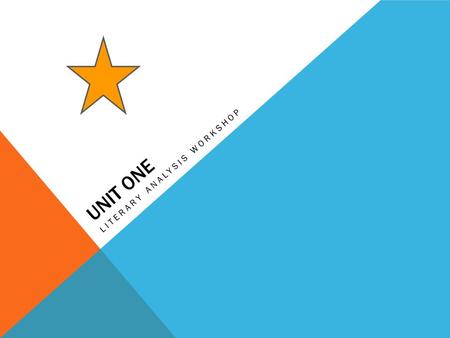 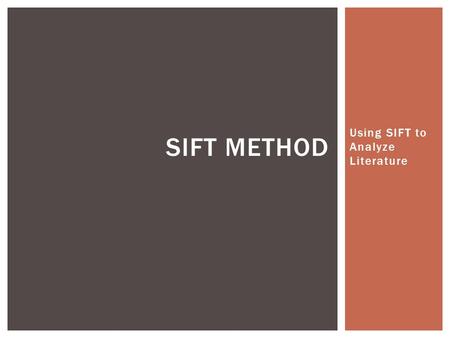