7 Dual Inline Memory Module These are 64-bit memories. DIMM modules have memory chips on both sides of the printed circuit board. They have 84 connectors on each side, giving them a total of 168 pins. These modules have a second notch to avoid confusion.

8 Rambus Inline Memory Module These are also called RD-RAM or DRD-RAM. These are 64-bit memories developed by Rambus. They have 184 pins. These modules have two locating notches to avoid risk of confusion with the previous modules. Smaller modules known as SO RIMM (Small Outline RIMM) have been designed for portable computers. SO RIMM modules have only 160 pins.

9 DRAM PM The DRAM (Dynamic RAM) is the most common type of memory at the start of this millennium. These memories have access times of 60 ns.

10 DRAM FPM To speed up access to the DRAM, there is a technique, known as paging. It involves accessing data located in the same column by changing only the address of the row. This is known as DRAM FPM (Fast Page Mode). FPM achieves access times of around 70 to 80 nanoseconds for operating frequency between 25 and 33 Mhz.

11 DRAM EDO DRAM EDO (Extended Data Out) was introduced in 1995. The technique used with this type of memory involves addressing the next column while reading the data in a column. This creates an overlap of access thus saving time on each cycle. EDO memory access time is around 50 to 60 nanoseconds for operating frequency between 33 and 66 Mhz.

13 DR-SDRAM (Rambus DRAM) The DR-SDRAM (Direct Rambus DRAM) can transfer data to a 16-bit bus at frequency of 800Mhz. This type of memory is synchronized with the bus clock to enhance data exchange. However, the RAMBUS memory is a proprietary technology, meaning that any company wishing to produce RAM modules using this technology must pay royalties to both RAMBUS and Intel.

14 DDR-SDRAM The DDR-SDRAM (Double Data Rate SDRAM) is based on the SDRAM technology. It doubles the transfer rate of the SDRAM using the same frequency. Standard DRAM memories use a method known as SDR (Single Data Rate) involving reading or writing a piece of data at each leading edge.

15 DDR-SDRAM The DDR doubles the frequency of reading/writing, with a clock at the same frequency, by sending data to each leading edge and to each trailing edge. DDR memories generally have a product name such as PCXXXX where "XXXX" represents the speed in Mo/s.

16 DDR2-SDRAM DDR2 (or DDR-II) memory achieves speeds that are twice as high as those of the DDR with the same external frequency. DDR2 memory in fact uses two separate channels for reading and writing, so that it is able to send or receive twice as much data as the DDR. DDR2 also has more connectors than the classic DDR (240 for DDR2 compared with 184 for DDR).

18 Steps to Install RAM 1. Find out what type of RAM is required for your desktop computer. 2. Turn off the computer and unplug it from everything. 3. Open your computer case. 4. Locate the RAM slots on your motherboard. 5. If you have an extra empty slot, put the new RAM in that one.

19 Steps to Install RAM 6. Press gently but firmly until the clamps close completely. 7. Close the computer and reattach all of the cords to the computer, including the screen and power cord 8. If your computer runs faster, it worked! 9. As a last check, check the system settings to make sure the RAM is okay. 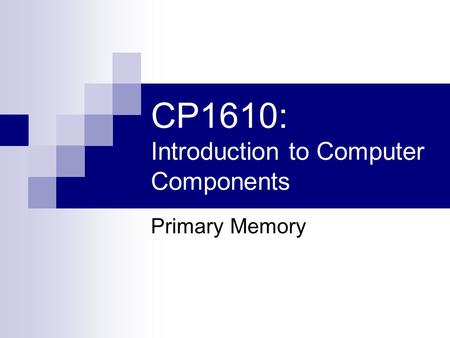 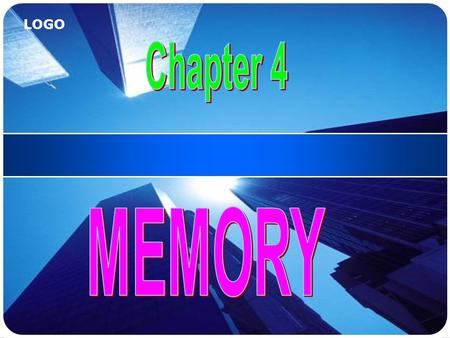 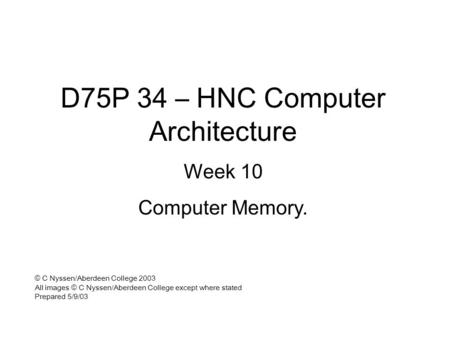 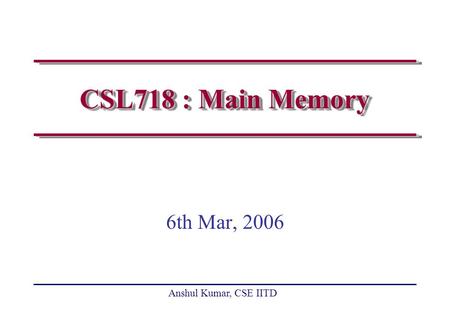 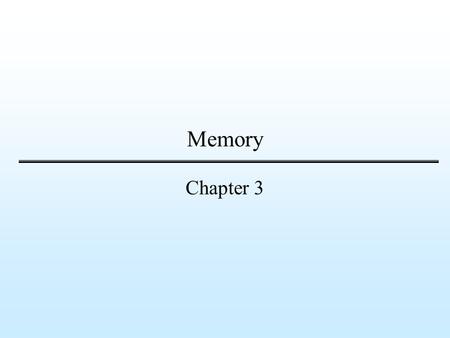 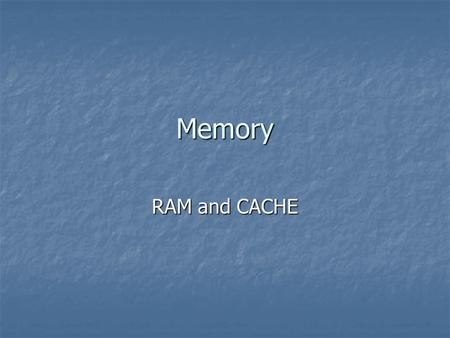 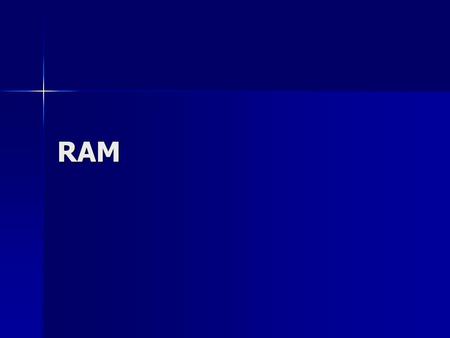 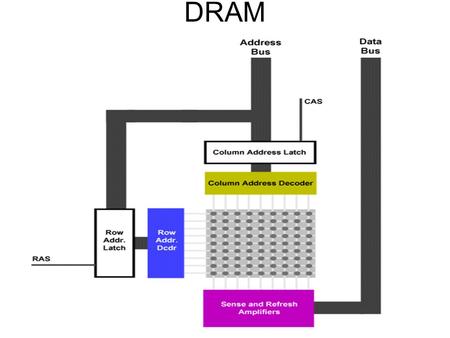 DRAM. Any read or write cycle starts with the falling edge of the RAS signal. –As a result the address applied in the address lines will be latched. 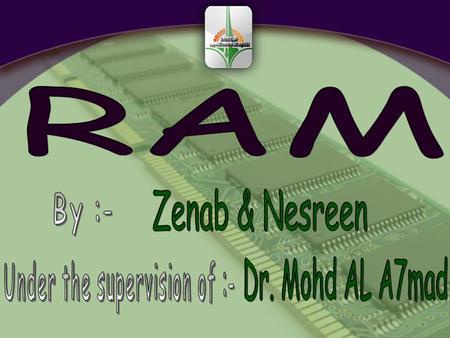 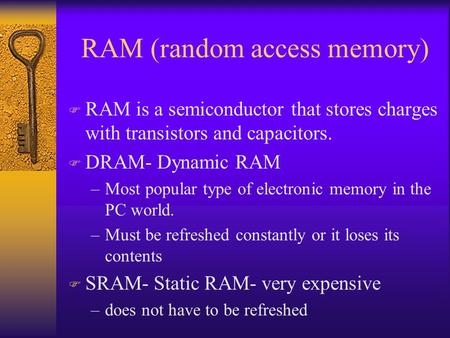 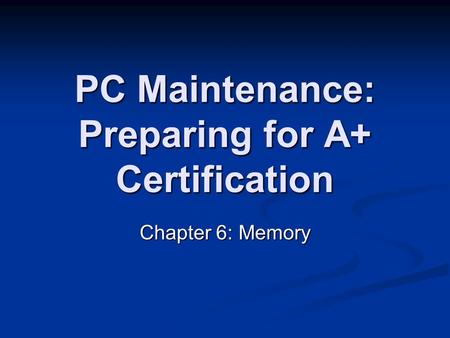 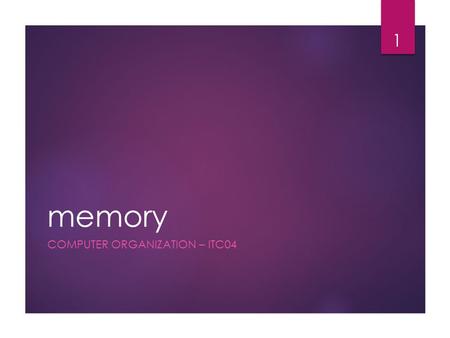 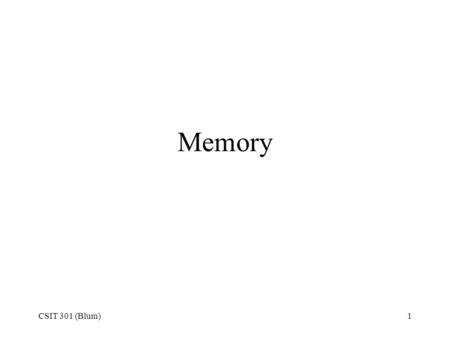 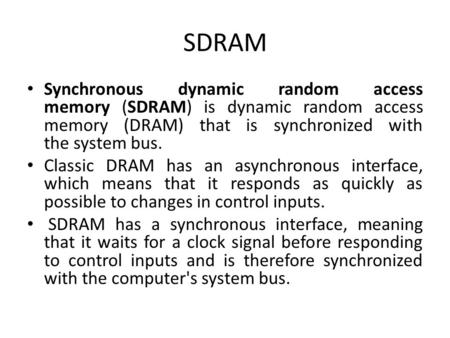 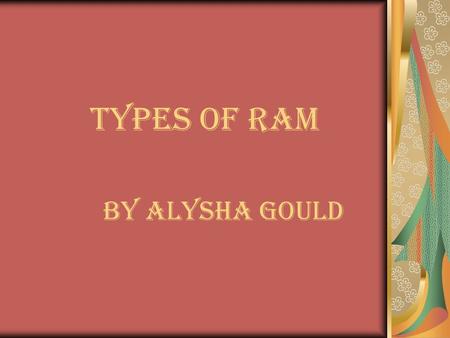 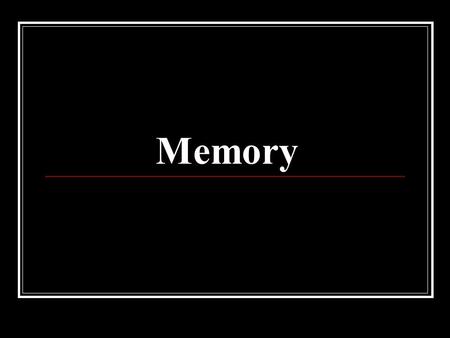 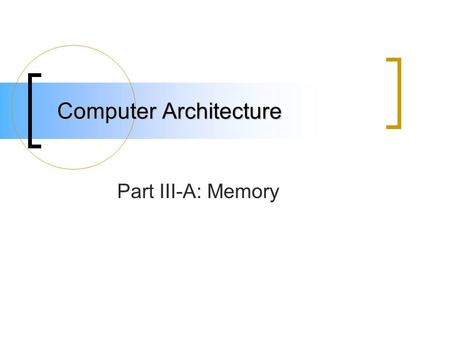