2 Early Indian Empires Main Idea Reading Focus
The Mauryas and Guptas created powerful empires that united much of India, while trading kingdoms thrived in southern India. Reading Focus How did the Mauryan Empire unify much of India, and who were its key rulers? What regional kingdoms ruled India after the collapse of the Mauryan Empire? Which key rulers and events shaped the Gupta Empire?

3 The Mauryan Empire Many small kingdoms existed across India in 300s BC Each kingdom had own ruler; no central authority united them Magadha a dominant kingdom near Ganges Strong leader, Chandragupta Maurya gained control Began conquering surrounding kingdoms Conquests led to founding of Mauryan empire

10 Regional Kingdoms As the Mauryan Empire collapsed, India again divided into many regional kingdoms. These kingdoms differed in the north and south. Invaders from Central Asia established new dynasties Many had been displaced by expansion of China North India Greek invaders from what is now Afghanistan formed Greco-Indian dynasties Introduced Greek art forms to India, influenced local styles The Greeks Conquered much of north during first century AD Restored some of grandeur of Mauryan Empire to region Kushan dynasty fell, AD 250 The Kushans

12 Identify Cause and Effect
Why did peoples from Central Asia invade northern India during the period after the collapse of the Mauryan Empire? Answer(s): They had been displaced from China by invasions of Qin and Han.

13 The Gupta Empire India remained divided into small kingdoms for about 400 years. Then around AD 320, the Gupta dynasty took over northern India. Under the Gupta, northern India was reunited, Indian society prospered, and the religion of Hinduism grew in popularity. Like Mauryan, Gupta dynasty rose to power in region of Magadha Founder was Chandra Gupta I From base in Magadha, Chandra conquered neighboring lands, brought much of northern India under Gupta control Rise of Gupta Empire Gupta rule less centralized Divided main part of empire into units Royal officials governed each unit Governed through local rulers in distant conquered areas Local rulers had to pay tribute India under Gupta Rule Gupta power expanded under the heirs of Chandra Gupta I, and the empire reached its height under Chandra Gupta II. 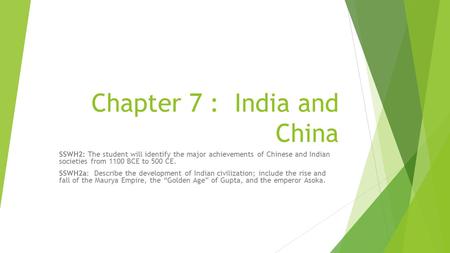 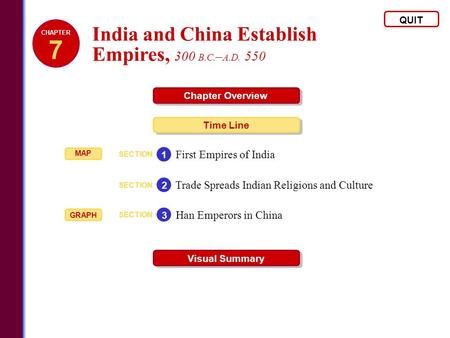 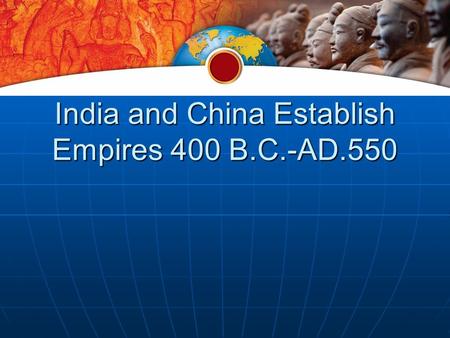 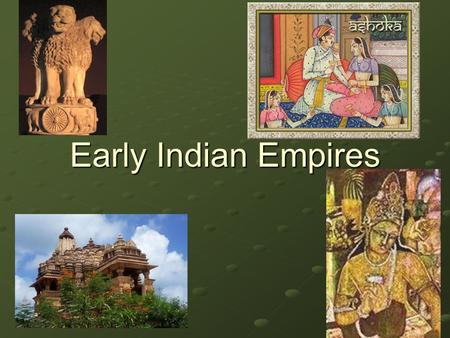 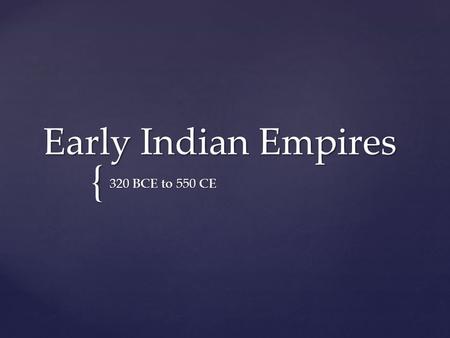 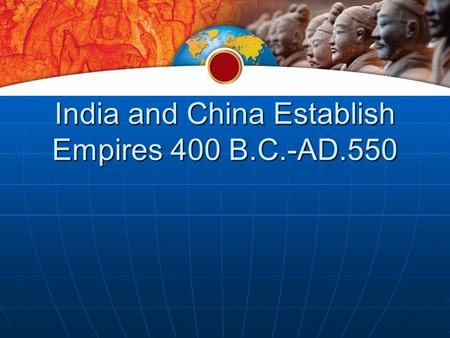