Presentation on theme: "Gender psychosocial meaning of maleness, or femaleness (feeling of what you are) Gender Identity – psychological sense of being male or female Gender."— Presentation transcript:

1 Gender psychosocial meaning of maleness, or femaleness (feeling of what you are) Gender Identity – psychological sense of being male or female Gender (sex) role – cultural norms for male/female behavior Sex: genetic makeup, anatomical (male/female) By 18 months people have a firm gender identity

7 Myth’s * Most Lesbians Or Gays Regard Themselves As Members Of The Opposite Sex. Fact. The majority, if not all gays and lesbians are very happy with their gender. In many ways, their sexual identity is seen as a celebration and an affirmation of their gender, not rejection of it. People often confuse homosexuality with transsexuality and or transvestism. Transsexual people feel as if they were born into the wrong body and should be the opposite gender. Transvestites are people who often dress in the clothing of the opposite sex. Most transvestites are heterosexual.

9 Myth. * The Majority Of Child Molesters Are Gay Men And Women. Fact. Statistics have shown that paedophelia or child molestsation is perpetrated by mainly heterosexuals. In fact, over 90% of all reported molestations are carried out by heterosexual males.

10 Myth. * You Are Either Heterosexual Or Homosexual. Very Few Are Bisexual. Fact. The studies of Dr Alfred Kinsey and his associates are most frequently cited on this question. Their data suggests that, in fact, few people are predominately heterosexual or homosexual. Most people fall somewhere along the continuum between these two ends of the scale, and therefore have the capacity to experience both affection and sexual feelings for members of both sexes.

11 Statistics As many as 7.2 million Americans under age 20 are lesbian or gay. 45% of gay males and 20% of lesbians experience physical or verbal assault in high school; 28% of these young people feel forced to drop out of school due to harassment based on sexual orientation. According to Kinsey, 28% of boys and 17% of girls have one or more same-sex experiences before age 20. 80% of lesbian and gay youths who took part in a 1987 study reported severe isolation. Every day, 13 Americans ages 15 to 24 commit suicide. In 1989, suicide was the leading cause of death among gay, lesbian, bisexual, and transgendered youths; 53% of transsexual youths. PFLAGupstatesc.org (Parents, Families, and Friends of Lesbians and Gays

Download ppt "Gender psychosocial meaning of maleness, or femaleness (feeling of what you are) Gender Identity – psychological sense of being male or female Gender." 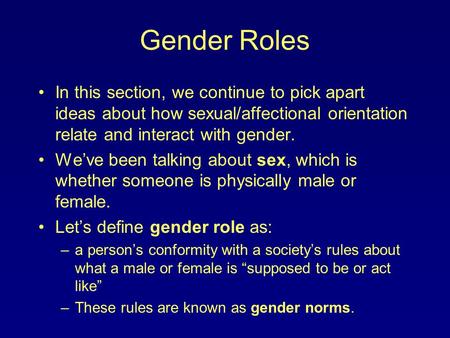 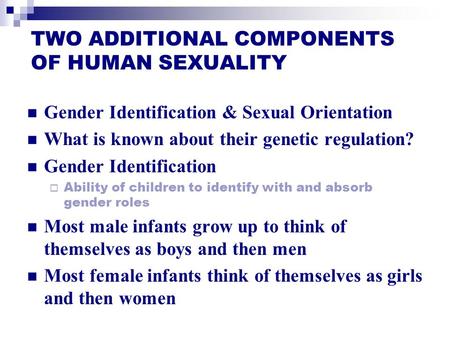 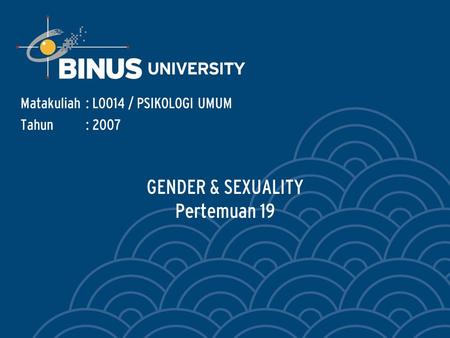 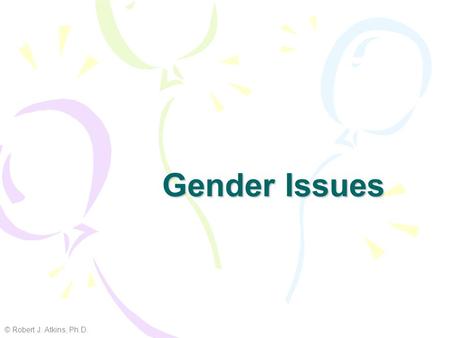 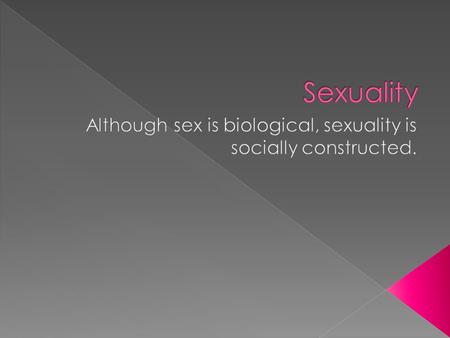 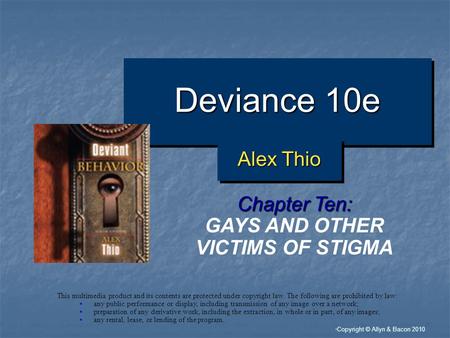 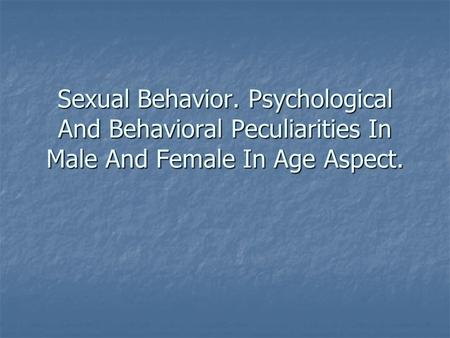