6 IEEE 802.15.4g - SUN Scope This Standard defines an amendment to IEEE 802.15.4. It addresses principally outdoor Low Data Rate Wireless Smart Metering Utility Network requirements. It defines an alternate PHY and only those MAC modifications needed to support its implementation. Specifically, the amendment supports all of the following: Operation in any of the regionally available license exempt frequency bands, such as 700MHz to 1GHz, and the 2.4 GHz band. Data rate of at least 40 kbits per second but not more than 1000 kbits per second Achieve the optimal energy efficient link margin given the environmental conditions encountered in Smart Metering deployments. Principally outdoor communications PHY frame sizes up to a minimum of 1500 octets Simultaneous operation for at least 3 co-located orthogonal networks Connectivity to at least one thousand direct neighbors characteristic of dense urban deployment Provides mechanisms that enable coexistence with other systems in the same band(s) including IEEE 802.11, 802.15 and 802.16 systems

8 IEEE 802.15.4e Scope The intention of this amendment is to enhance and add functionality to the 802.15.4-2006 MAC to a) better support the industrial markets and b) permit compatibility with modifications being proposed within the Chinese WPAN. Specifically, the MAC enhancements are limited to: TDMA: to provide a) determinism, b) enhanced utilization of bandwidth Channel Hopping: to provide additional robustness in high interfering environments and enhance coexistence with other wireless networks GTS: to increase its flexibility such as a) supporting peer to peer, b) the length of the slot, and c) number of slots CSMA: to improve throughput and reduce energy consumption Security: to add support for additional options such as asymmetrical keys Low latency: to reduce end to end delivery time such as needed for control applications 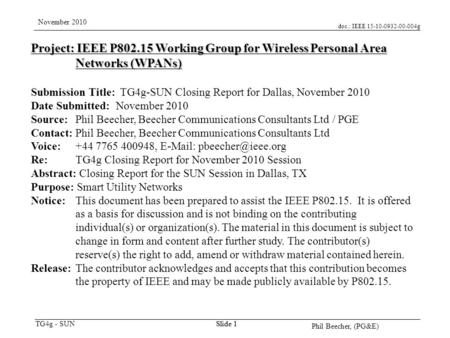 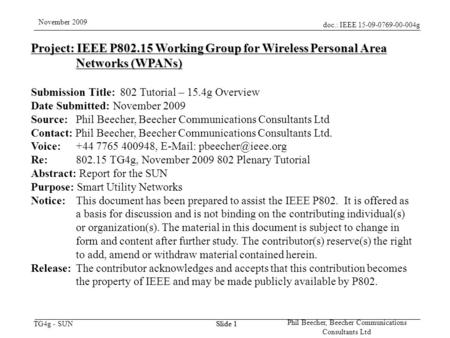 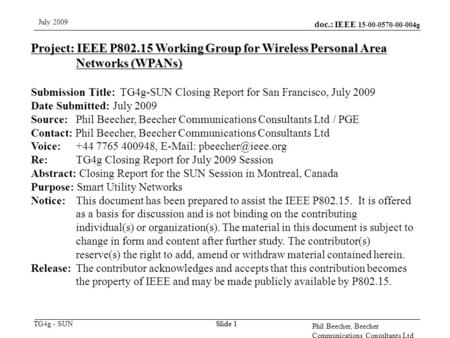 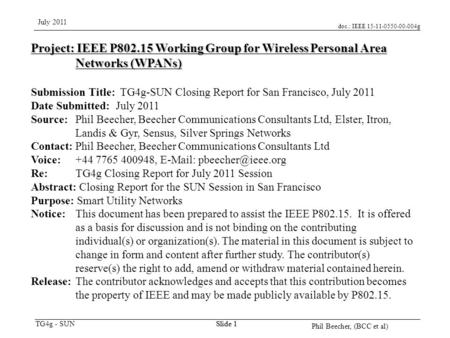 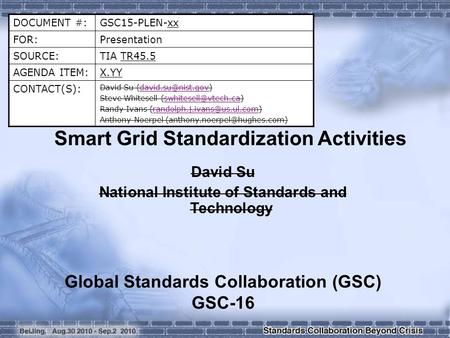 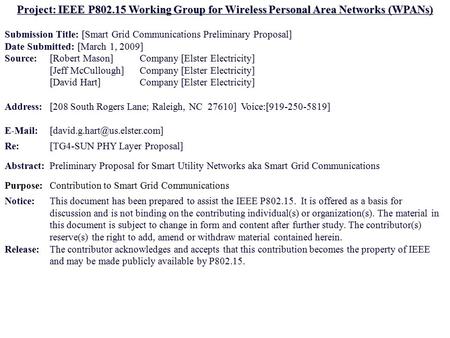 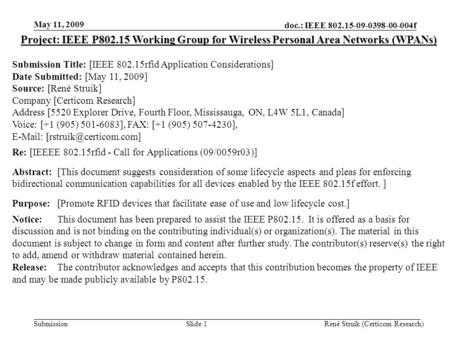 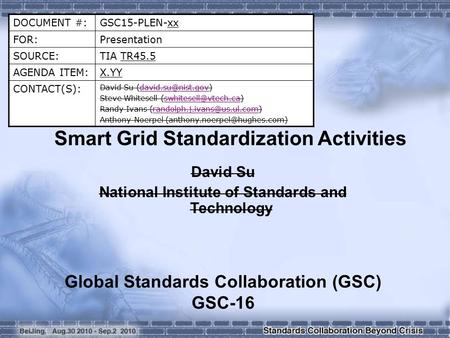 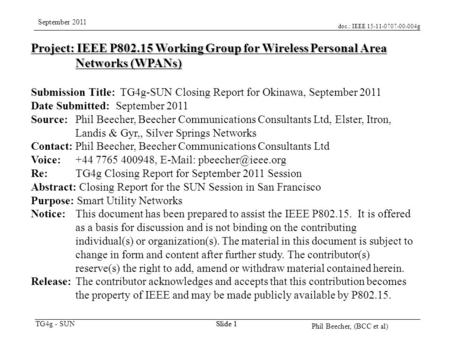 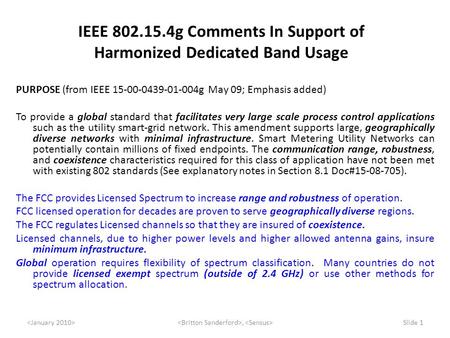 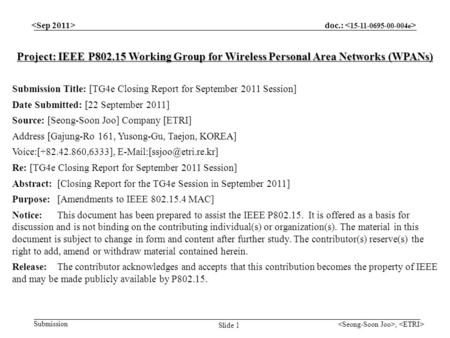 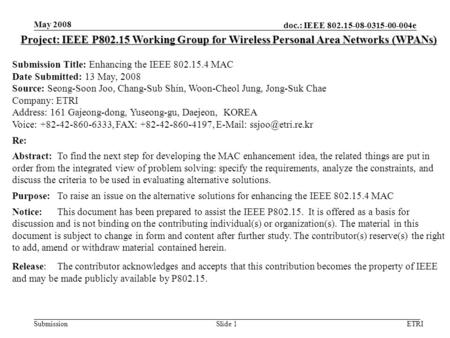 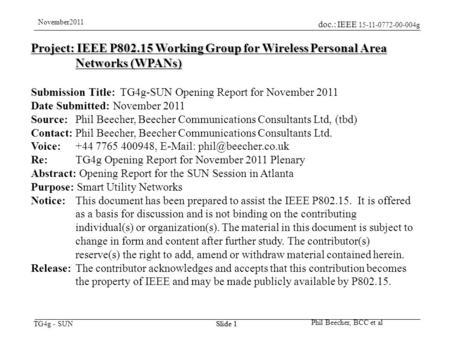 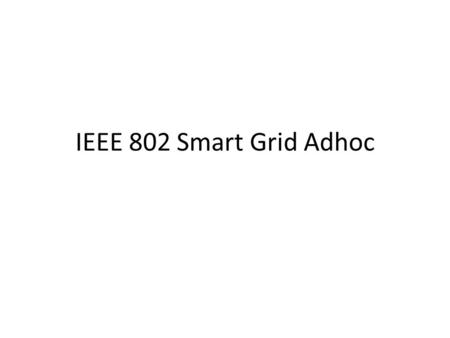 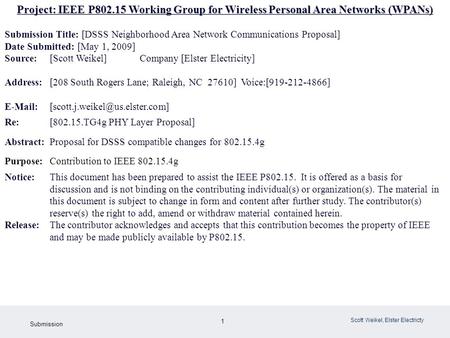 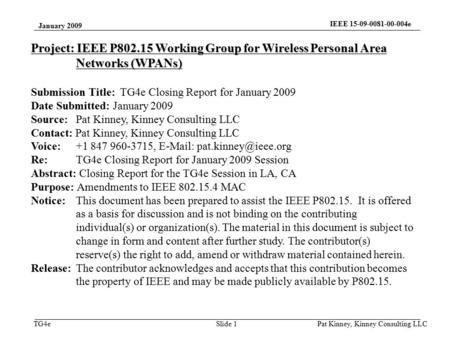 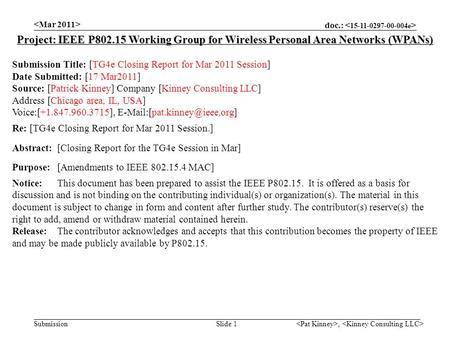 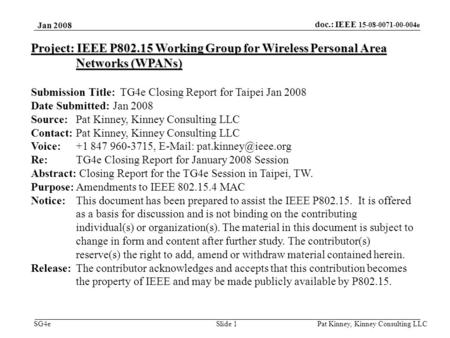