3 Present and Future The environment is still very dry and without water, and the environment probably will not change in the future.

4 Management and Cause There is not much management for remote deserts, but there is management for other areas that are largely populated. For the people and cities that do exist in deserts, there are usually pluming systems to get water from other areas of water in order for survival. Or in other areas that are more remote there are usually wells. The cause is that there is not much water in the desert and people need water to survive.

6 Climate The amount of precipitation in the desert can be less than 50 cm per years. The climate affects life in the way that it can barley sustain life due to the low amount of water. Many organisms can and have adapted to the area. Animals have adapted to be able to hold more water in their body longer, and can go longer without water.

7 2. Desert Storms Strong Wind carries away sand and dust to make huge clouds Harder to see from a distance. a distance.

8 The Joshua Tree The Joshua Tree is a tree that thrives in the desert because it has really deep roots that go deep enough into the ground so that they can get water, also they can stay healthy without getting a lot of water for a period of time. They must have made this adaption so that they could live and reproduce in the desert’s harsh climates.

9 The Cactus The cactus plant is also a plant that thrives in desert areas because it has adapted to the climate in the way that it can go weeks without any water. Also the cactus like the Joshua plant has deep roots that extend down into the earth to get water. Also their external layer is rough which protects it from the sun, and it has needles on it which keeps animals from eating it.

11 Animals Adaptation Armadillos have adapted in the way that now their skin has hardened and has become more fit to the hot climate and the harmful rays of the sun.

12 The Camel Also the Camel has adapted to the low supply of water in the way that they developed humps on their backs to store water. This enables them to not run out of water for days at a time.

13 Rattlesnake -The Rattlesnake is really good for the environment because they blend in with the sand well which makes them a great predator. -They are also nocturnal which helps them to hide even better. -And they are really well suited for the climate in the way that their skin is really rough and protects their body from harmful rays.

14 Desert location The deserts’ location on the earth are typically close to the equator, but they do range to the south and some can be a little north 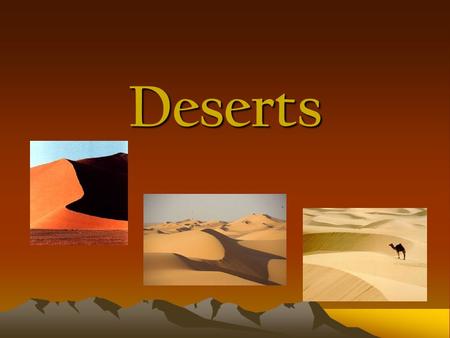 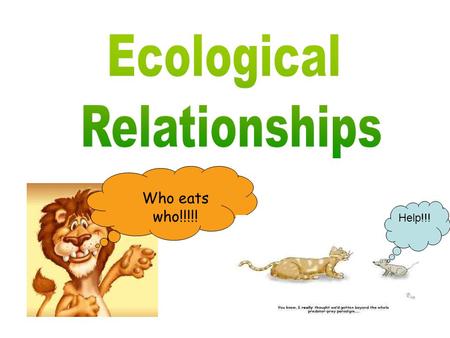 Ecological Relationships Who eats who!!!!! Help!!! 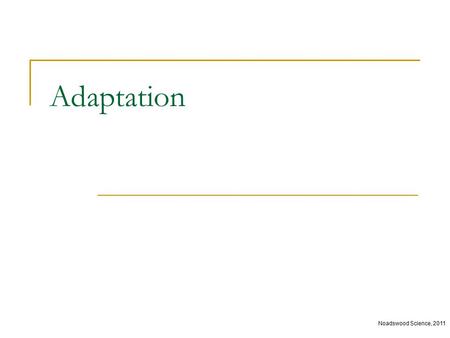 Adaptation Noadswood Science, Adaptation To understand how plants and animals are adapted for survival Tuesday, April 21, 2015. 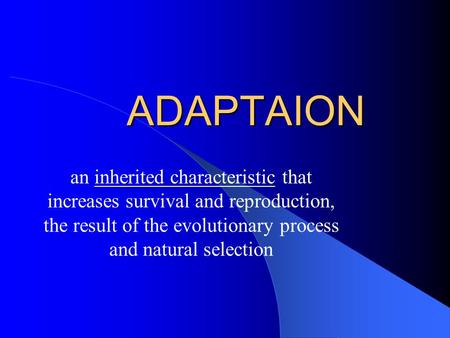 ADAPTAION an inherited characteristic that increases survival and reproduction, the result of the evolutionary process and natural selection. 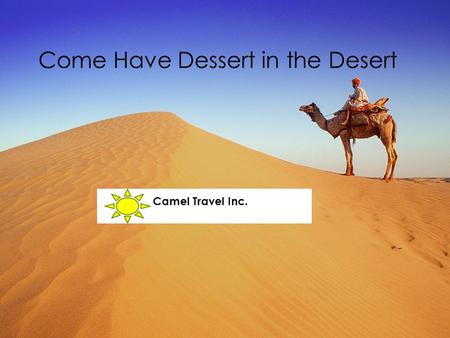 Come Have Dessert in the Desert Camel Travel Inc.. 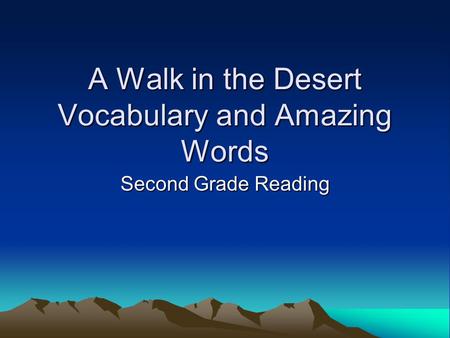 A Walk in the Desert Vocabulary and Amazing Words 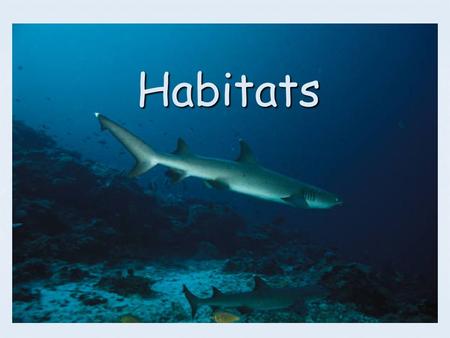 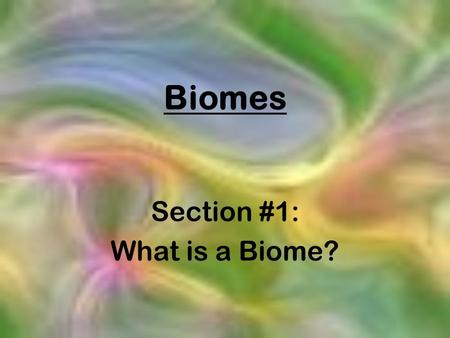 Biomes Section #1: What is a Biome?. Biomes of the World. 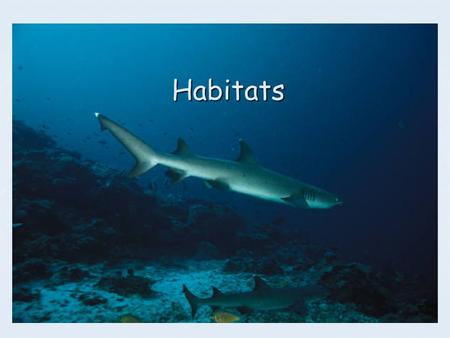 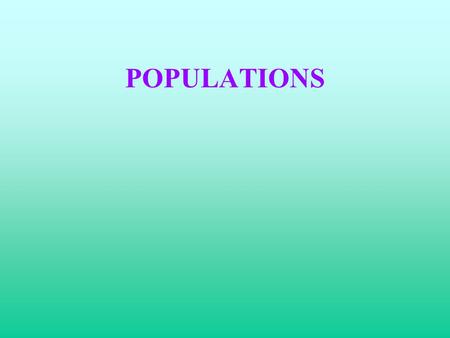 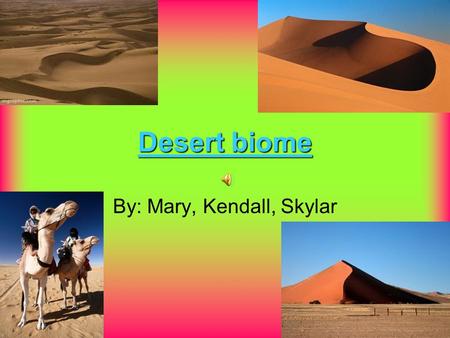 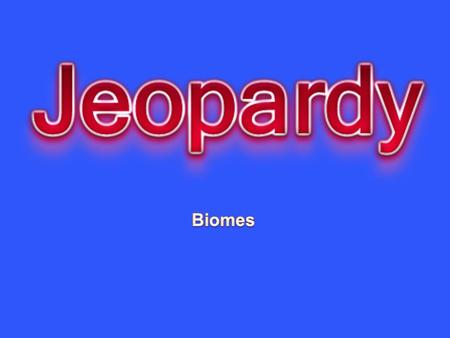 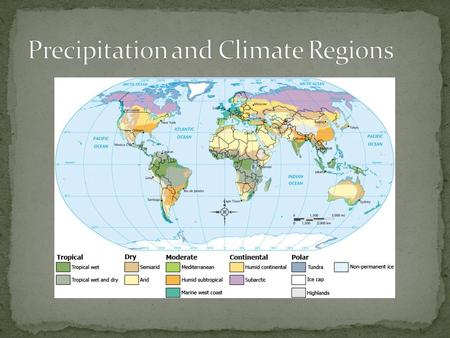 All forms of water that fall from the atmosphere Convectional Precipitation Lighter, warmer air absorbs more moisture When the air cools, excess water. 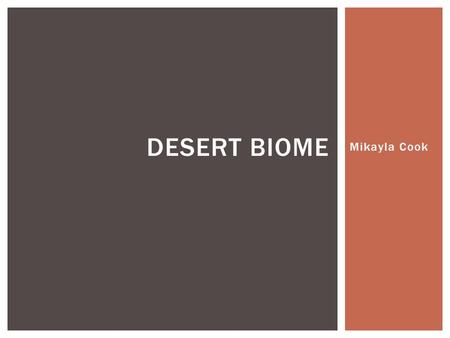 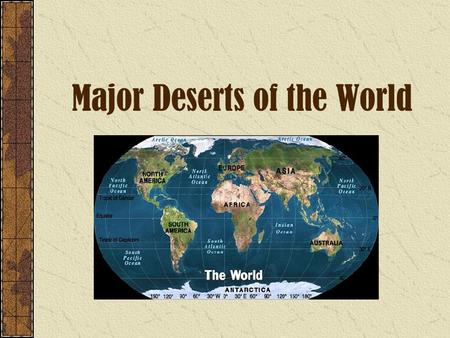 Major Deserts of the World. Picture from National Geographic’s Surviving the Sahara. 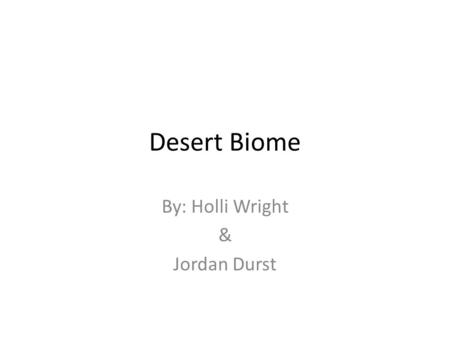 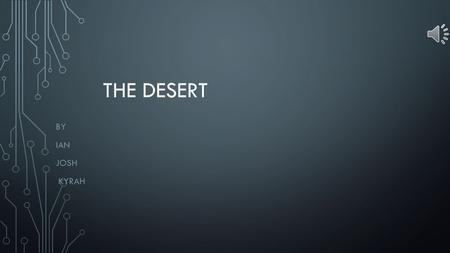 THE DESERT BY IAN JOSH KYRAH LOCATION The cool features of the desert are there are rocks, sand, sand dunes, and rocky towers. Deserts are located in. 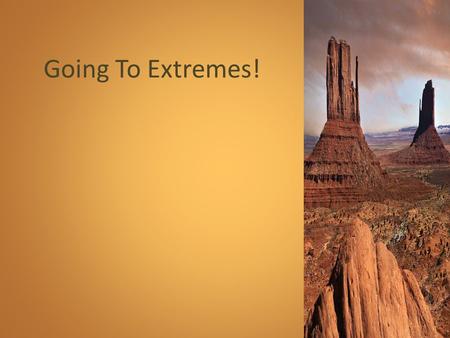 Going To Extremes!. Desert Climate Ok so you all know about the climate of the Desert Hot and Dry?: it’s often located near the equator… but not always… 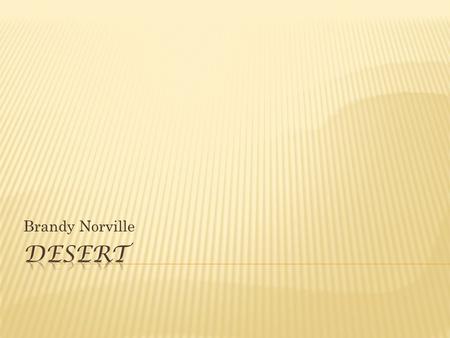 Brandy Norville.  A desert is a region with little rain fall.  Less than 10in a year.  Doesn’t have to be sand.  Four major types.  Arid, semi-arid, 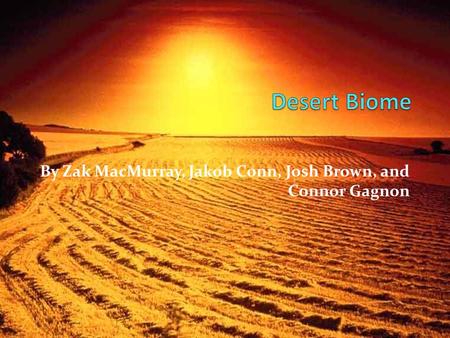