3 Intro continued Civil law deals with wrongs against individuals.
A harmed individual becomes the plaintiff in a lawsuit. The plaintiff in a civil lawsuit seeks to win a judgment against the defendant, or accused wrong-doer. The defendant will not be punished with jail time as in a criminal case but rather ordered to pay damages, which are monetary.

4 The Idea of Liability The rules that govern civil wrongs are called tort law. Tort law deals with basic questions such as Who should be responsible, or liable? How much should the responsible person have to pay? Tort law provides the plaintiff with a remedy, something to make up for the harm that was done. For example, if I am injured in a car accident someone will bear the cost of the harm. I will have medical bills, emotional issues, loss of wages at work, etc.

5 Liability Stella Liebeck is burned from a hot cup of coffee from McDonalds and sues for $2.86 million because of “pain and suffering” Who is liable? The judge awarded her the money but reduced her remedy to $640,000 This why we have the phrase “Caution contents may be hot” on food and beverages now.

7 Liability Go to other ppt for examples of outlandish torts

8 Settlement The two parties in a lawsuit meet outside of court to reach an agreement. 90% of cases end in settlement Why is this so common?

9 The Idea of Torts: Yesterday, Today, and Tomorrow
The idea of tort law dates back to fifteenth century England. Tort law is generally based on common law. Common Law: Previous court decisions In the past persons who caused an injury paid $1,000, future defendants will also pay $1,000 Tort law is also based on statues, or written law. Statues are state laws. N.C. Law says persons causing injury must pay $1,000

10 Types of Torts Intentional Wrong: A person acts with the intent of injuring a person or property Negligence: A person’s failure to use reasonable care causes harm (think malpractice or vehicle accident) Strict Liability: The defendants activity is so dangerous that a plaintiff is not required to prove negligence or intended harm Dangerous dogs

11 Taking your case to court
Tort law is civil law, which deals with disputes b/w individuals or groups of individuals. It is possible for an act to be both a tort and a crime. Think O.J. Simpson case. He was charged with both a crime and later a tort. He was found not guilty in the criminal case but found at fault in the civil case of the “wrongful death” lawsuit

12 Taking your case to court
In a civil case your standard of proof need only be a preponderance of evidence This is the “Burden of Proof” in a civil (tort) case. Judges & Juries must be “fairly certain” the defendant is at fault Not as strict as “beyond a reasonable doubt” in a criminal case.

13 Who can be sued? Almost anyone can be sued.
Plaintiffs usually sue defendants that have the money to pay the damages. Think whole drug company vs. the guy who invented the drug. Or restaurant owner vs. janitor if you fell and hurt yourself on a wet surface. Minors can be sued but if damages are rewarded the parents will be help responsible for the money.

14 Who cannot be sued? Who is immune?
Generally speaking society has decided that for public policy reasons certain groups of people shold not be sued. Examples are: Suits within families Against governments Certain government officials. For example, you cannot sue your parents and husbands and wives are typically not allowed to sue each other. Times have changed and some states do allow family members and husbands and wives to sue each other.

15 Government immunity The federal and state governments are immune from tort liability unless they waive, or give up, this immuinty. Federal Tort Claims Act allows the federal gov’t to be sued if their actions are negligent . Federal Tort Claims Act does not allow citizens to sue the federal gov’t for most intentional torts. The president, federal judges, and members of Congress are completely immune from tort liability. Clinton v. Jones

16 Class Action lawsuit Class action lawsuits are when large groups of people get together to sue an individual. For example, 1993: The citizens of Hinkley, Ca filed a lawsuit against Pacific Gas & Electric (PG&E)for contaminating the water with chromium (VI). (Awarded $295 million) Basis for the movie Erin Brocovich.

17 Contingency Fee This is when a lawyer works for fee or portion of the damages instead of billing the plaintiff his or her hourly rate. 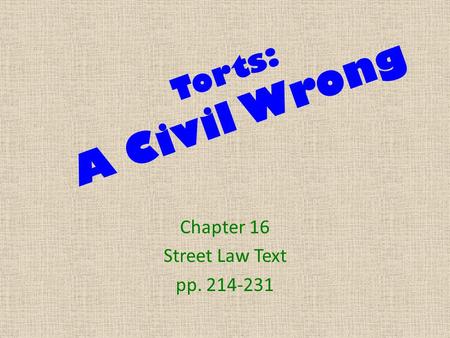 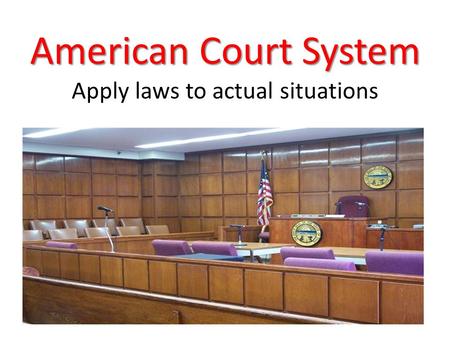 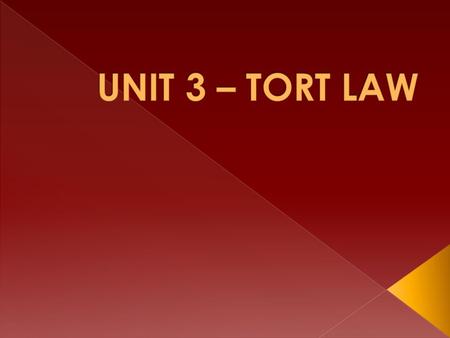 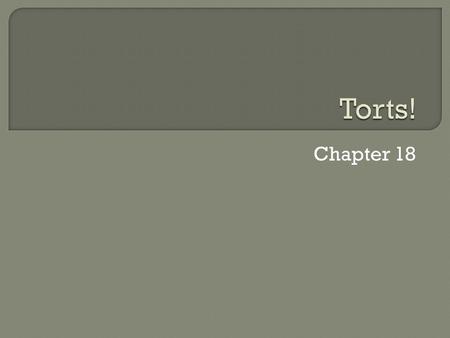 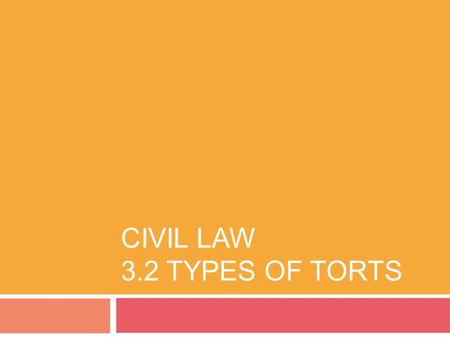 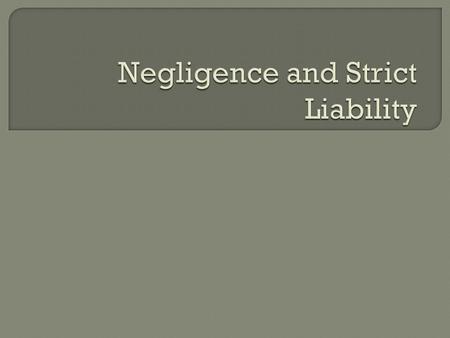 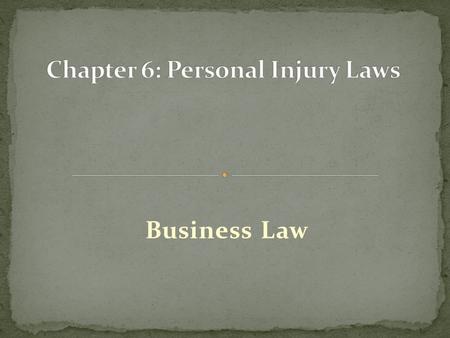 Business Law. Your neighbor Shana is using a multipurpose woodcutting machine in her basement hobby shop. Suddenly, because of a defect in the two-year. 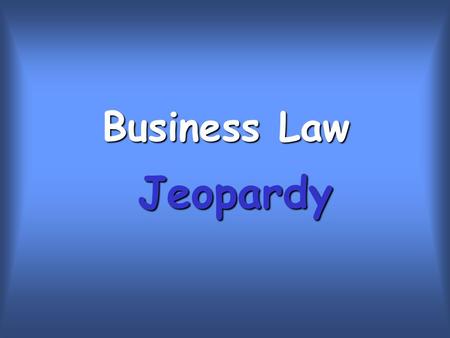 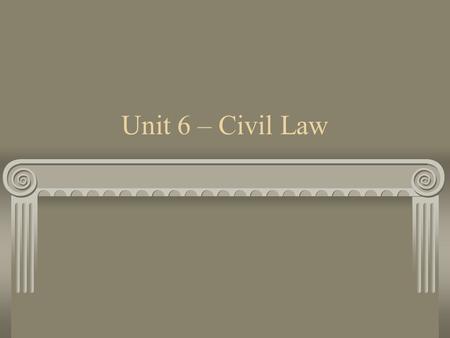 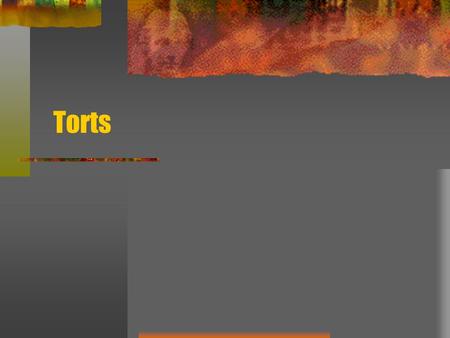