3 Intro (contd…) Like other sciences Linguistics has pure aspects – theories & description and analysis of different levels of language It also has practical aspect – application of knowledge in learning & teaching of languages, correction & improvement of speech disorders, appreciate the use of language in literature

4 Intro (contd..) Applied linguistics covers practical application of theories, concepts and analyses provided by linguistics All applications are based on a thorough description of languages.

5 Intro (contd…) Corder (1973, p.148) says:
Whether it is speech therapy, psychiatry, literary criticism, translation..what all these fields of application have in common is the necessity for descriptions of the various languages involved.

6 Intro (contd…) Language is related to the inner world of man’s mind & to the outer world of society and social relationships. Each of these aspects has led to the study of ‘Psycholinguistics’ & ‘Sociolinguistics’

8 Psycholinguistics Earlier it covered acoustic phonology and language pathology Nowadays it is influenced deeply by the development of Generative theory and the most important area is language acquisition It has raised and partly answered questions such as: how children acquire mother tongue

9 Psycholinguistics How children grow up linguistically and learn to handle the registral and stylistic varieties of their mother tongue effectively. How much of the linguistic system that they finally command are they born with and how much do they discover on the basis of their exposure to language

11 Psycholinguistics Cognitive psychology: It explores how meanings are understood by human brain, how syntax and memory are linked & how messages are ‘decoded’ and stored Psycholinguistics studies influence of intelligence, motivation, anxiety etc. on the kind of language understood and produced.

12 Psycholinguistics Psychological reasons may lead to errors – they influence comprehension and production State of mind influences perception of speech sounds or graphic symbols Example: Children mistake one letter for another (Dyslexia) – Psycholinguistics can offer some corrective measures for this

14 Psycholinguistics Whether this ability is structured in such a way that certain grammatical and semantic patterns are embedded in it which can explain the learning capability. Whether a universal grammar present in the mind of every human being which is transformed in particular situations to produce different languages

17 Psycholinguistics -Acquisition of language
Much of the psycholinguistics influenced by generative theory and the so-called mentalists. Children master most of the structures by five or six. The generative approach argued against the earlier behaviourist assumptions that language development could be explained in terms of imitation and selective reinforcement

18 Psycholinguistics -Acquisition of language
Psycholinguists argue that imitation is not enough; it is not merely by mechanical repetition that children acquire language They also acquire it by natural exposure Nature & Nurture both influence language acquisition in children

19 Psycholinguistics -Acquisition of language
Children learn first not items but systems Every normal child develops this abstract knowledge of his mother tongue or a foreign tongue to some extent. Generative approach argues that this is possible only if certain features of competence are present in the brain of the child right from the beginning

20 Psycholinguistics -Acquisition of language
These innate features ‘pre-structure’ it towards language learning To develop these innate features into adult competence, a child needs to be exposed to human language – it must be stimulated in a proper way to respond David Crystal observes that the basis on which it develops its linguistic abilities is not describable in behaviourist terms

21 Summary Recent developments aim to give psychological reality to the description of language Chomsky regards linguistics as a sub-field of psychology. Chomsky says in his book ‘Language and mind’ that the most important contribution of linguists would be the study of human mind 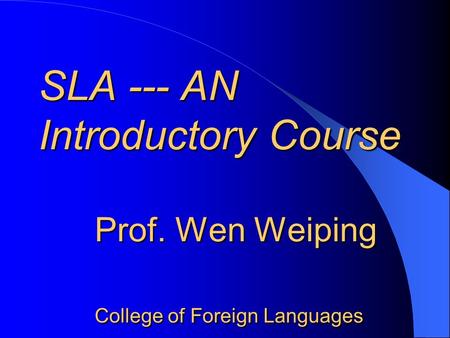 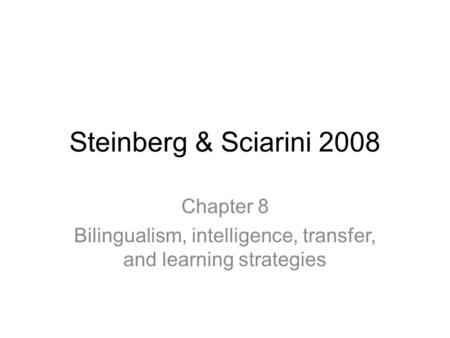 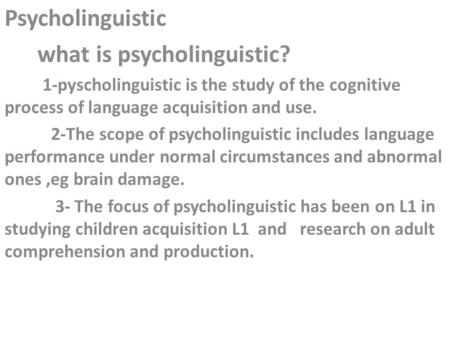 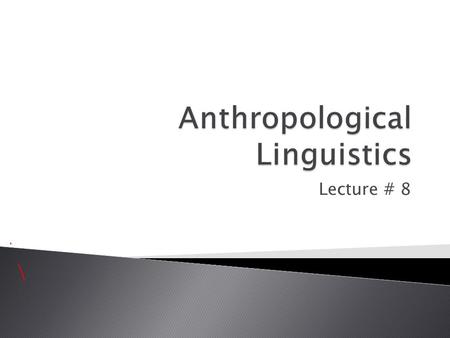 Lecture # 8.  Applied Linguistics uses knowledge of how languages work within different applied settings.  It examines the structure of language & its. 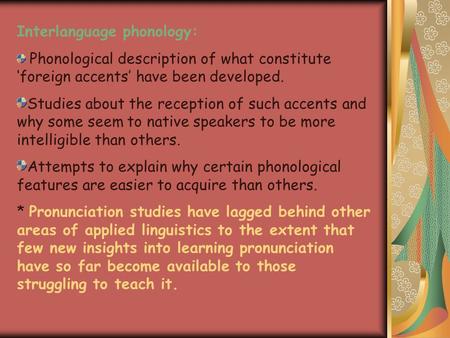 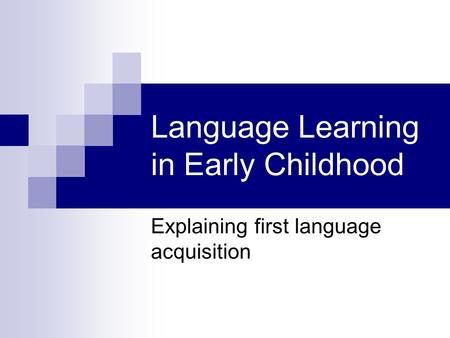 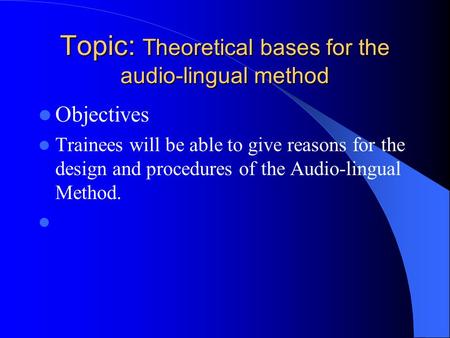 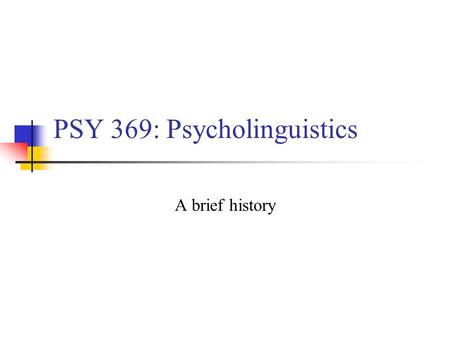 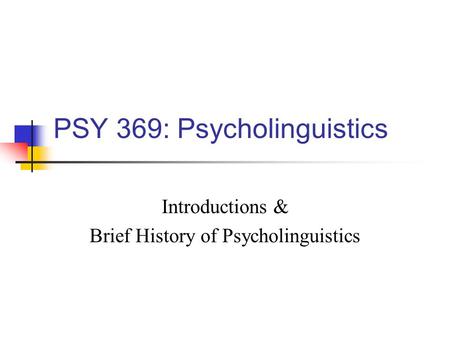