2 When something moves back and forth, up and down, or side to side we say it vibrates.

3 A vibration is a wiggle. When this wiggle moves through space and time it is a wave.

4 Light and sound are both vibrations that move through space as waves.

5 Sound is the movement of vibrations of matter – through solids, liquids, or gases

6 Sound can not travel through a vacuum. It must have matter to vibrate.

7 Light needs no matter to vibrate, and can travel through a vacuum such as space. (a vacuum is a space without matter)

8 Light is a vibration of electric and magnetic fields. Example: We see light from the sun.

11 Frequency is the number of complete vibrations that a wave makes in a given period of time, usually one second. The unit we use to measure frequency is hertz (Hz)

12 The period of a wave is the time it takes for one complete vibration. Formulas: Freq = 1/period Period = 1/freq

18 Because sound travels by making the molecules vibrate, sound can not travel through a vacuum such as space. It needs a medium. Otherwise, there are no molecules to compress and stretch

19 Our subjective impression about the frequency of sound is described as pitch. A high pitch sound like from a tiny bell has a high vibration frequency

20 Sound from a large bell has low pitch b/c its vibrations are a low frequency The human ear can normally hear pitches from 20 – 20,000 hertz As we age, this range shrinks

21 Sound frequencies below 20 hertz are called infrasonic Frequencies above 20,000 are called ultrasonic. What are some ways we use ultrasonic waves?

23 Humans can not hear infrasonic or ultrasonic waves, but dogs and other animals can

24 Sound can travel through air, solid, liquid or gas Many solids and liquids conduct sound better than air Examples: sound underwater, ear to a railroad track

25 Speed of sound Does vary by medium In air, varies by temp and conditions of the air Travels approx 330 m/sec in dry air at 0 degrees C

29 Refraction Sound waves bend when parts of the wave travel at different speeds. This bending of sound is called refraction

30 Quiz. Give your name, date, and hour. Draw a diagram of a wave. Label the crest, trough, amplitude and wavelength. 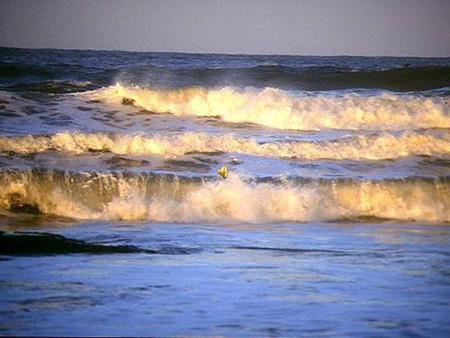 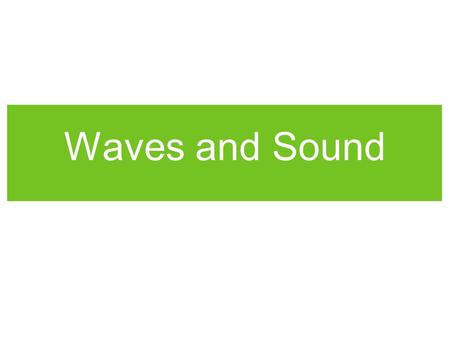 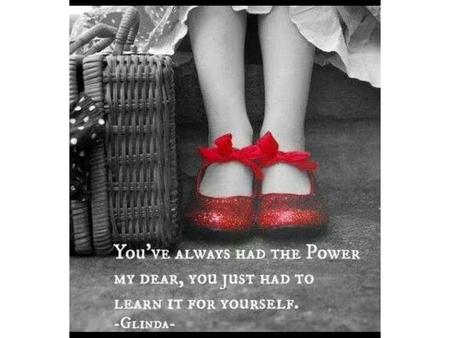 When something moves back and forth, up and down, or side to side we say it vibrates. A vibration is a wiggle. When this wiggle moves through space and.