Presentation on theme: " Started to crawl  To stand up  To walk Now find out how this compares with the ‘norm’"— Presentation transcript:

2 Lesson objective To begin to learn the factors that affect Human Growth and Development Success criteria To complete the mind map To be able to discuss the meanings and terms covered during the lesson. To begin to answer the exam questions

4 The focus of this unit is to develop awareness of the norms of development and to learn how different live factors can affect development in different ways.

5 Individuals develop at different rates. The rate at which an individual develops is measured against ‘the norms’ of the development. What do you think NORM means? If we understand what these ‘norms’ are we can analyse if an individual is ahead of the life stage or matches the ‘norm’.

6 What can affect our growth and development? Which has the stronger influence ‘nature or nurture’? Many factors affect our development,  Inherited disability (known as the nature factor)  The experiences we have known as the ‘ nurture factors’.  In other words are the skills we learn inherited, or are they learnt?  We usually behave in a particular way because of such influences.

7 You should be able to describe expected patterns of physical growth and change, and the physical, intellectual, emotional and social changes that typically take place during each of the five main life stages. These are  Infancy 0-2  Childhood 3-8  Adolescence 9-18  Early Adulthood – 19-44  Middle Adulthood - 45-65  Later adulthood 65+

9  Working in groups of three – and using your slips of paper list as many characteristics of development that link into physical, intellectual, emotional and social  PIES

11  Size - how big is a person or object  Mass – having the ability to perform a task  Intellectual ability – brain power  Mature – to be well developed and wiser  Self-image the picture we have of ourselves  Emotional responses – answers that show feelings  Emotional – how individuals feel  Self –image - the picture we have of ourselves  Self esteem how a person feels about themselves  Social – integration/mixing with others  Socialization – getting use to interaction with others.

16  Size and mass- growth which is increased  Development skills, intellectual ability and emotional responses that a person gains at each stage of development  Emotional development is about feelings and how we behave when we have them.  Love  Hate  Fear  Anger  Disgust  Curiosity  Surprise  guilt

21  Task list 1. Pick the name of the infant you are going to study 2. Begin with the range of images – 3. Start to draw up your time line – 4. Begin to stick in images to help you learn what the stages are 5. Use as many key words as possible in the correct context 6. Using a range of coloured pens to indicate which part of PIES the development is connected to

23 3 to 6 months Babies at this age enjoy making sounds. Not only do they like to laugh and squeal with pleasure and excitement, but they perfect their ability to gurgle, coo, and blow raspberries. Some begin to make consonant sounds (n, d, p, b), most can link sounds with the objects that made them, and by the time they reach 6 months of age, they often start to actually imitate sounds. 6 to 9 months Babies will babble at this age. During these months, most babies start to vocalize a lot more in ways other than crying, not the least of which is laughing more frequently. You're also likely to notice a progression in your baby's talking abilities — from making four different consonant sounds or stringing together chains of vowel-consonant sounds to combining syllables into word-like utterances and shouting to attract attention. 9 to 12 months Babies will say their first words during this time. At 9 months, infants are often fairly talented at multi-syllable babbling and imitating sounds. Over the subsequent months, you may find that your baby starts to imitate the tone and inflection in your voice as well and may even say his first word. Words such as "mama" and "dada" clearly have meaning to infants at this age, and some will even say them by the time they turn 1. ("Dada" is much more common than "mama," not as a reflection of a baby's preference, but because "da" is a much easier sound to make than "ma.") Also at this age babies develop improved nonverbal communication skills. This is a fun age, where many babies not only start to communicate verbally, but clearly seem to understand more and interact more. They typically learn to point in response to simple questions such as "Where's the ball?" or "Where's Mommy?" and to wave good-bye. 12 to 18 months Kids this age will continue to improve their communication skills. By 12 to 15 months, the average child says two or more words besides "dada" and "mama." Some 18-month-olds will even begin to put two words together, although this is considered to be a 2-year-old accomplishment. In addition to talking, most toddlers at this age can imitate animal sounds, recognize objects by name, and follow commands. You're likely to find that this newly developed ability to follow directions is particularly endearing when your toddler begins to give a hug or kiss when asked. While your toddler is probably making great strides in communicating at this age, it helps to be aware that toddlers at this age can become very frustrated because they can understand a lot more than they can say.

24 18 to 24 months Toddlers at this age will greatly increase their vocabulary and ability to understand. The average toddler toward the end of the second year can say 30 to 50 words and make two-word sentences. Even more impressive is their ability to understand and follow simple commands. 2 years Two-year-olds talk in sentences. While the typical 2-year-old has a vocabulary of 30-50 words and can put two words together, another year of language development usually brings the ability to make three-word sentences and communicate more effectively. Not only do children start to use pronouns such as I, me, you, and we, but they also start to use them to express emotions (in ways other than through tantrums!). Two-year-olds also learn to name and categorize. They commonly learn the names of five or more body parts and are able to recite their own names (first and last) by the time they reach their third birthday. Sorting objects according to category and understanding descriptive categories like "big" and "little" or "soft" and "hard" are also typical accomplishments at this age. By the time a child is 3 years old, grown-ups should be able to understand at least 75 percent of what he says. http://www.youtube.com/watch?v=_JmA2C lUvUY

26  Egocentric – self-important  This means that infants can only see the world from their own point of view.  Bonding – growing close to someone, usually the main carer or mother

27 Examples of emotional development newborn  Enjoys having a cuddle from parents or main carer  Gazes into parent’s eyes  Moves whole body to express enjoyment  Smiles at parent 3 months  Recognizes familiar people and smiles  Shows enjoyment at bath time  Enjoys being talked to 6 months  Afraid of strangers  Cries and laughs when others do this, so recognizing the emotions of others  Laughs when enjoying activates 9 months  Expresses fear of strangers by crying  Dislikes going to bed and will express their feelings  Likes comfort objects, for example, teddy bear or comfort blanket  Likes being noisy 1 year  Very affectionate towards family  Enjoys playing games  Shy towards strangers 2 years  Able to express their feelings  Gets angry if they cannot express themselves  Likes to try out new activities  Can be confident and independent, or clingy and dependent on parent or main carer 3 years  Begins to be interested in others and can be friendly  Happy to share toys with others  Enjoys pleasing adults  Can show concern for others.

28  Newborn infants have no sense of personal identity, however, they do like company.  They are very interested in faces and soon get to recognise their main carer, this is known as bonding.  The way an infant is cared for the easier they will find it to make friends in later life.  Infants begin to develop their self esteem which helps them cope with independence. 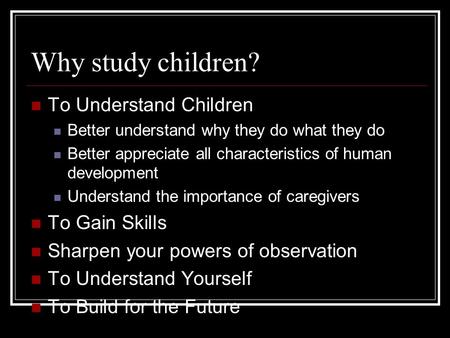 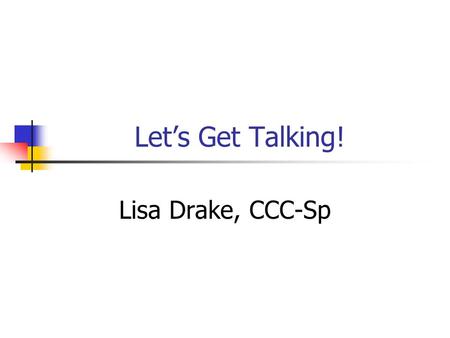 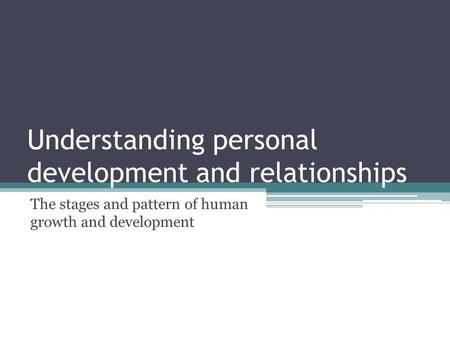 Understanding personal development and relationships The stages and pattern of human growth and development. 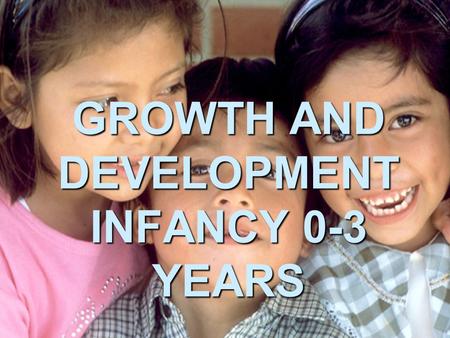 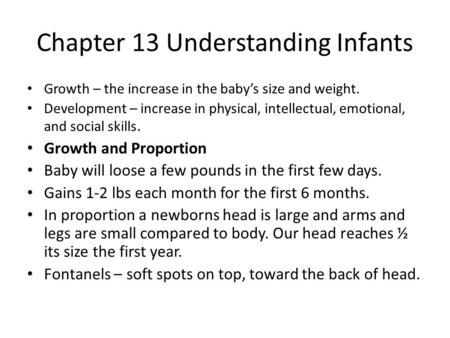 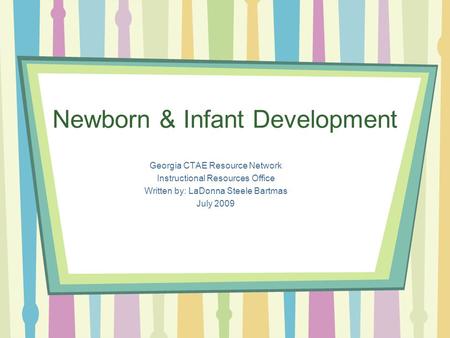 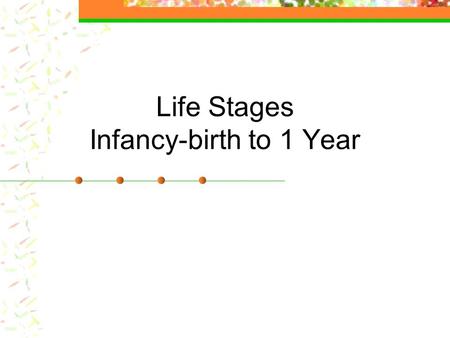 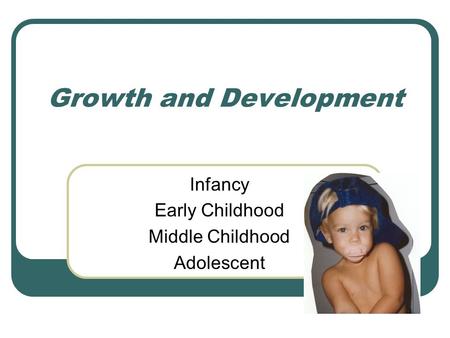 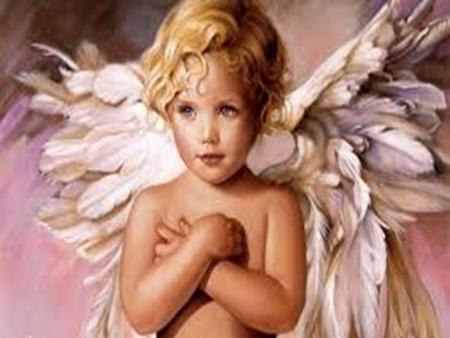 physical Things normal for a month old baby The Medline Medical Encyclopedia says that by 30 to 36 months, your toddler will be able to throw and. 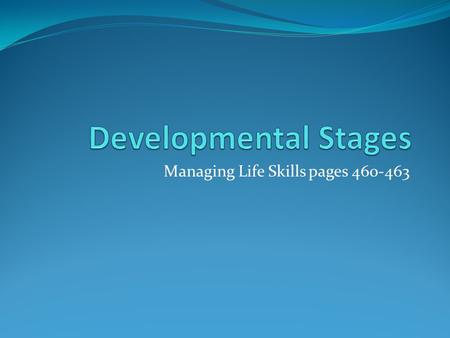 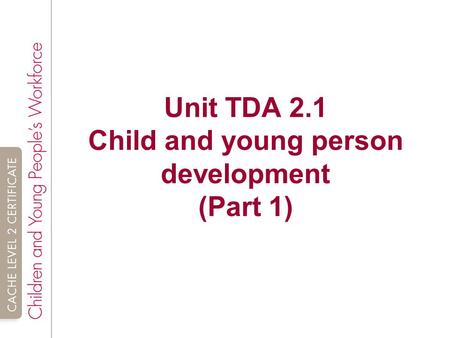 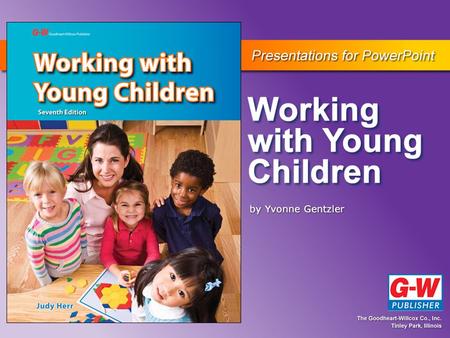 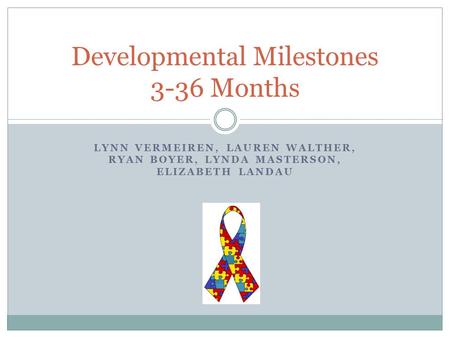 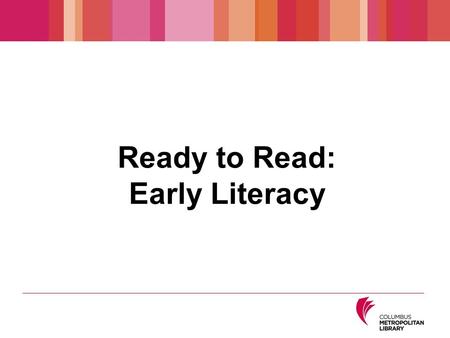 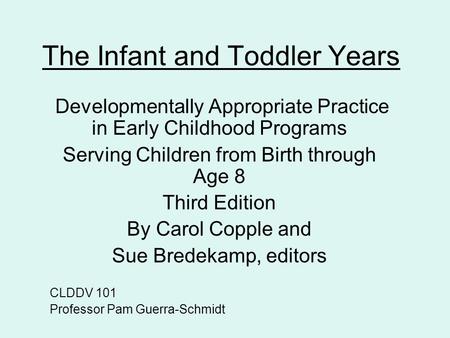 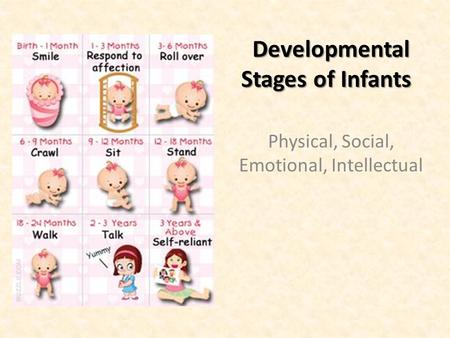 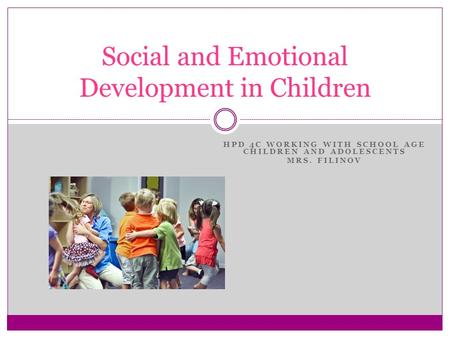 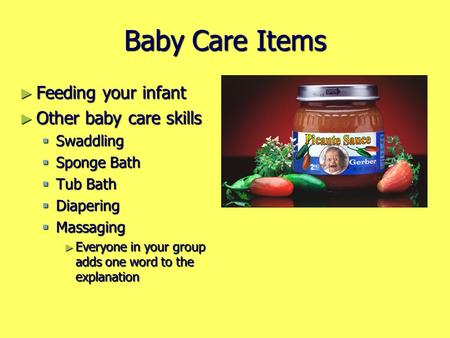 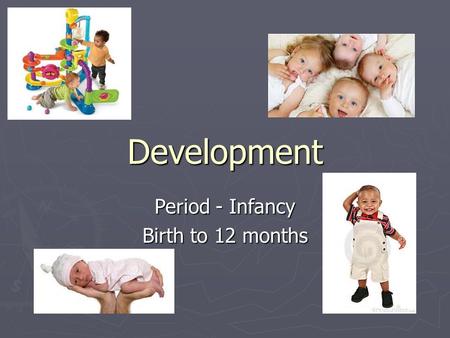