2 What are the 2 motions of the moon?
Rotation & Revolution How long does it take the moon to rotate once? It takes the moon 27 1/3 days to rotate once on its axis

6 Why? When does the moon rise and set each day?
50 minutes later each day Why? It takes this much time for the moon to catch up to the revolution of the earth.

7 The change in shape is because of the way the moon reflects light from the sun &
How we see it from the earth as it revolves in its orbit around the earth c) The changing shapes of the moon are called phases. Why does the moon appear to change shape?

11 What is today’s phase of the moon?

12 Aim: Lab: What makes the moon appear to change shape?
Do Now: Prepare for quiz Homework: Study for quiz

16 SUMMARY… Compare apogee and perigee.
Why do we always see the same side of the moon? How long does it take the moon to complete one revolution around the earth? Rotation? Why does the moon appear to change shape?

19 Is point E considered to be aphelion or
perihelion? D A C E B

22 How does an eclipse of the moon occur?
A lunar eclipse occurs when the moon passes through the earths shadow Can only occur during a full moon (Sun Earth Moon) Observe a lunar eclipse.

23 What are the two parts of a shadow?
The umbra – the very dark center 2. The penumbra- the outer lighter part of the shadow

25 How does an eclipse of the sun occur?
A Solar Eclipse occurs when the moon passes between the earth and the sun. The moon cast a shadow on the earth. Sun Moon Earth Observe solar eclipses.

28 Let’s Review… What causes a lunar eclipse?
Explain the difference between umbra and penumbra. Where do you have to live on earth to see a total solar eclipse?

30 Phases of Moon & Eclipses: Quiz #1
When the part of the moon that is visible increases it is said to be (waxing/waning). When the Sun, Moon & Earth are all aligned the phase of the moon is the (Full/New) moon. The darkest part of a shadow is called the (umbra/penumbra). An eclipse that occurs during the Full Moon phase is (solar/lunar). When the moon’s penumbra touches the earth, people within the penumbra see a (total/partial) solar eclipse.

35 What are Spring Tides? When the tides are higher and lower than normal tides. This is due to the earth, sun & moon lining up in a straight line (↑ gravity)

36 When are the 2 times in a month when the earth, sun & moon line up in a straight line?
Spring Tide

38 What are Neap Tides? Tides that are not as high or as low as usual Occurs during the moon’s first and last quarter The sun and the moon are at right angles to the earth

40 SUMMARY How many tides do we have a day? What causes the tides?
What is the difference between a spring tide and a neap tide? How does the earth, sun and moon line up during a neap tide? 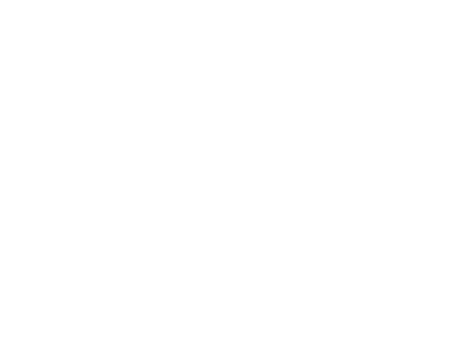 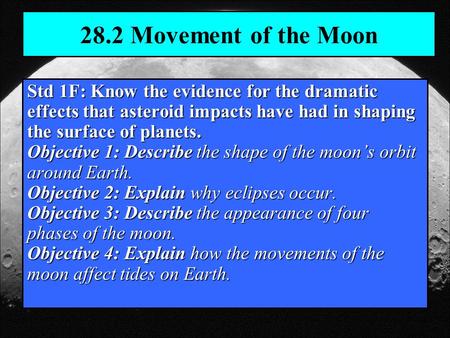 28.2 Movement of the Moon Std 1F: Know the evidence for the dramatic effects that asteroid impacts have had in shaping the surface of planets. Objective. 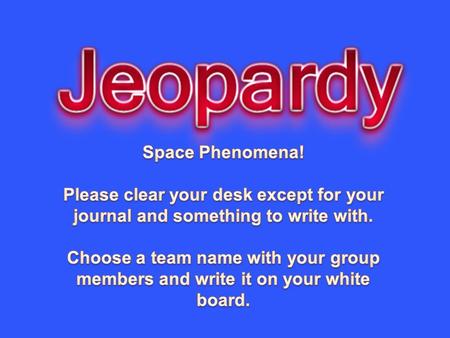 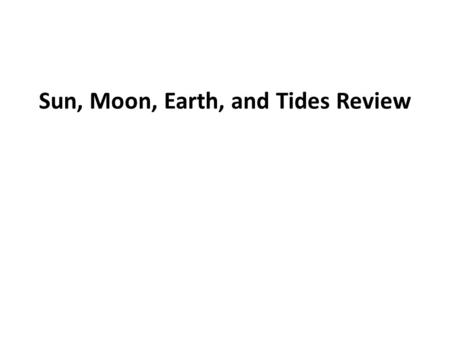 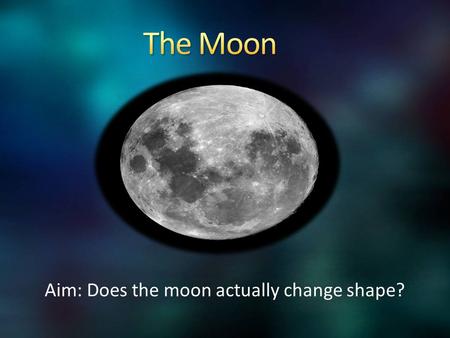 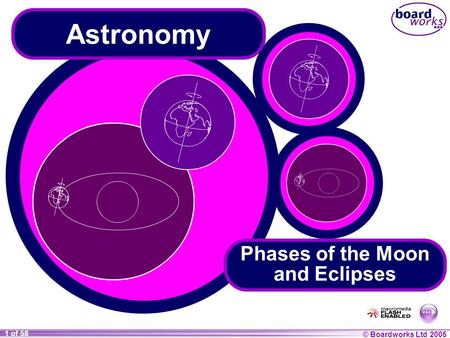