1 The Doctrine of Precedent

4 The doctrine of precedent – cont.
The doctrine works by requiring judges to follow the decisions made in previous cases, thus ensuring that there is a consistency in the law and that people coming to the law will be able to make an educated guess as to the potential success and likely outcome of their case

5 The hierarchy of courts
When a point of European Law is involved, the decisions of the European Court of Justice are binding on all courts in England and Wales The House of Lords used to be the highest court in England and Wales; Hierarchy: The Supreme Court Court of Appeal Divisional Courts High Court Inferior courts: Crown Court, Magistrates’ Court, County Court, Tribunals

10 Binding Precedent A past decision is binding if:
The legal point involved is the same as the legal point in the case now being decided The earlier decision was made by a court above the present court in the hierarchy, or a court at the same level which is bound by its own past judgments The point was argued in the case

11 Persuasive Precedent The one which the court will consider and may be persuaded by, but which does not have to be followed, such as obiter dicta, a dissenting judgment or ratios from decisions by courts lower in hierarchy

13 Ratio decidendi The reason for the decision
The principles of law that are essential to the decision Defined as ‘any rule expressly or impliedly treated by the judge as a necessary step in reaching his conclusion’.

18 Thank you for your attention! 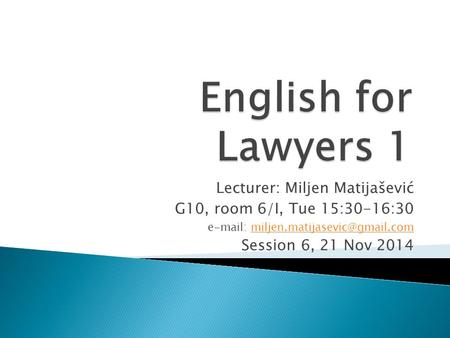 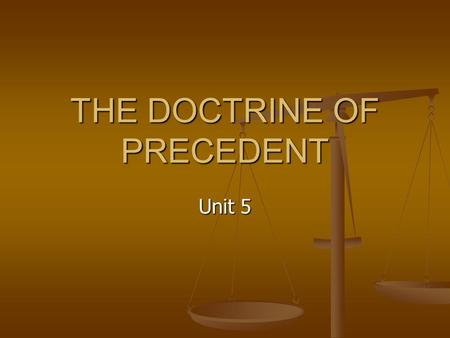