2 PURPOSE OF THE MOAS The Model OAS General Assembly (MOAS) is a program of the Organization of American States (OAS) designed to promote democratic values among the youth of the Hemisphere by familiarizing students, faculty and academic institutions of the Americas with the work of the OAS as the premier political forum in the Hemisphere.

3 The MOAS is a simulation exercise of the OAS General Assembly, where students represent the policies and interests of the OAS Member States, through the discussion of issues related to democracy, human rights, development and security in the Hemisphere. There are MOAS for universities, high schools and OAS Interns, held throughout the year. MOAS DESCRIPTION

4 OBJECTIVES Promote democratic values among the youth. Generate an understanding of the mission, role, structure and functions of the OAS. Offer a space for participants to analyze the major political, economic, social and security issues in the Americas. Highlight the relevance of diplomacy as a problem solving instrument.

5 The MOAS for universities began in 1980 as a joint project between the OAS and Georgetown University, with the goal of educating students from the United States about issues related to the Americas. MOAS for University students:  An annual Model in Washington DC (WMOAS) in April.  An annual Hemisphere-wide Model prior or after the OAS General Assembly, with the possibility of an additional one. HISTORY

6 HISTORY (Continued) The first MOAS for High Schools took place in 1982, and since then it is held annually at OAS headquarters, in December. The Model of the Permanent Council for OAS Interns (MOAS/PC) began in 2008, and it is held three (3) times a year. National MOAS for universities or high schools are also held in any OAS Member State that offers to host a Model.

10 DELEGATIONS Delegations to the MOAS include 10 students and 1 faculty advisor. Each delegation: Conducts research, learns about the policies and interests of its assigned country and obtains information through contact with accredited diplomats to the OAS. Drafts resolutions on the topics of the Agenda prior to the MOAS. Is charged a registration fee and is responsible for its own travel, lodging, food and miscellaneous expenses.

11 Learn about current political, economic, social and security issues in the region and the impact of multilateral decisions in the Americas. Use of negotiation and diplomacy as problem solving instruments. Practice and development of communication and public speaking skills. BENEFITS FOR THE STUDENTS

12 PREPARATION OF STUDENTS There is a Tutorial CD used as a training tool for participants in the MOAS. The MOAS Tutorial is divided into interactive modules with complete information and study guides about the OAS and its Member States; MOAS processes, documents, instructions and guidelines (such as how to write a resolution, how to debate, etc); as well as videos, a glossary and FAQs.

13 MOAS BASIC DOCUMENTS (As posted on www.oas.org)www.oas.org OAS Charter. History, structure, and principles of the OAS. Inter-American Democratic Charter. Social Charter of the Americas. Agreements and official conventions relevant to the topic of the agenda and/or the represented member state. Assigned country’s stance and policies. Documents/webs related to the Agenda topics.

15 COURSES BASED ON MOAS IN UNIVERSITIES OF THE AMERICAS 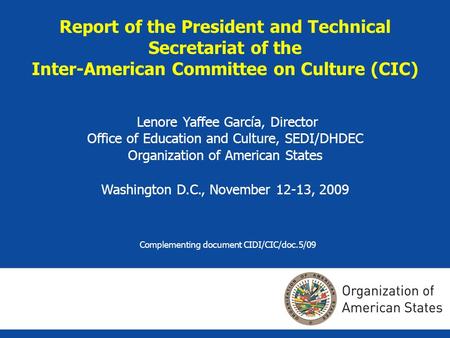 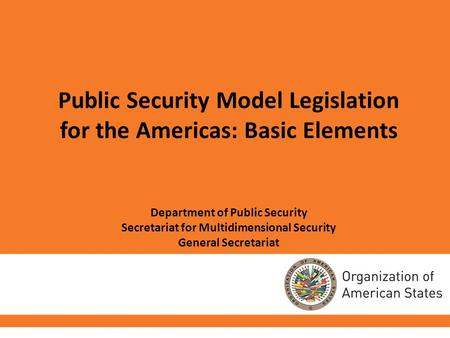 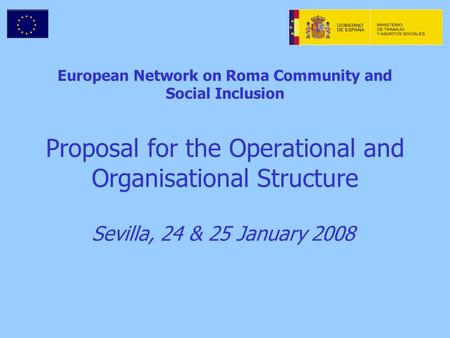 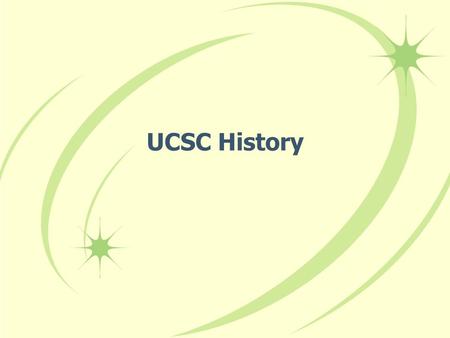 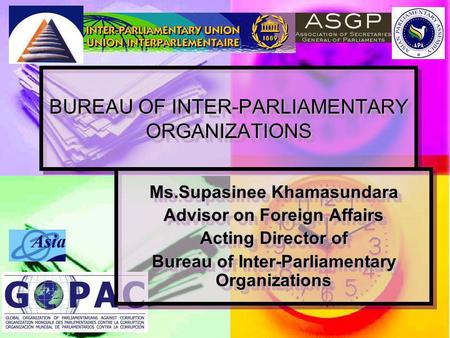 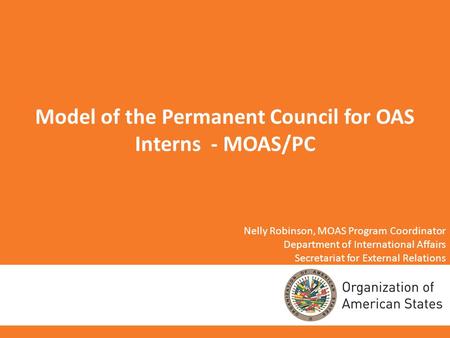 Model of the Permanent Council for OAS Interns - MOAS/PC 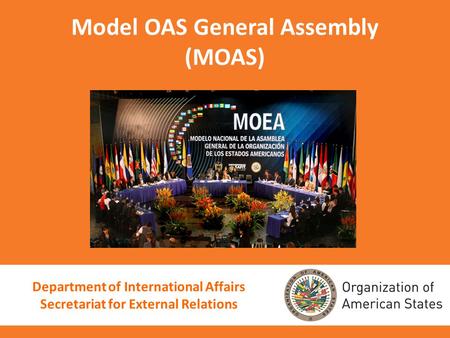 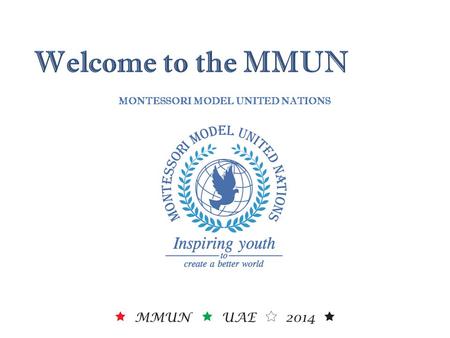 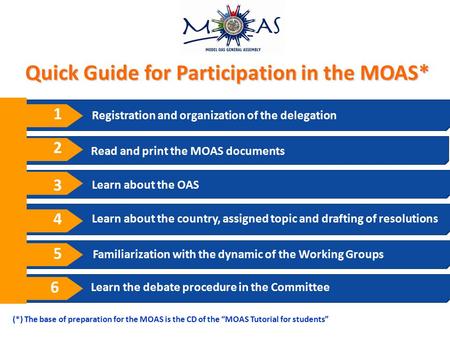 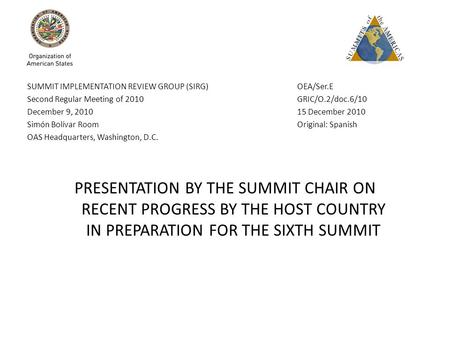 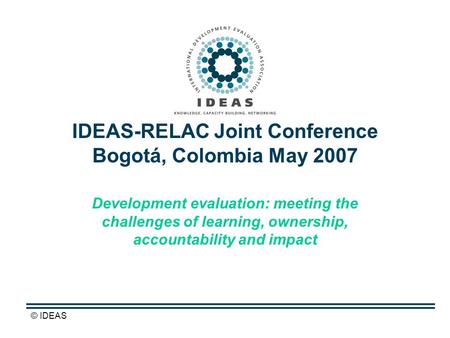 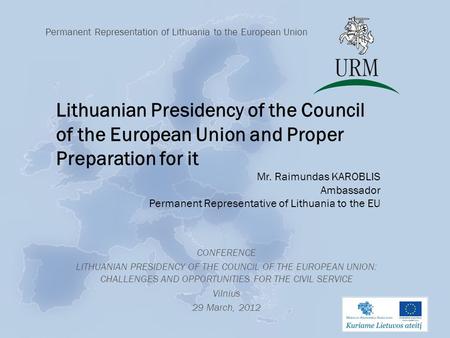 CONFERENCE LITHUANIAN PRESIDENCY OF THE COUNCIL OF THE EUROPEAN UNION: CHALLENGES AND OPPORTUNITIES FOR THE CIVIL SERVICE Vilnius 29 March, 2012 Permanent. 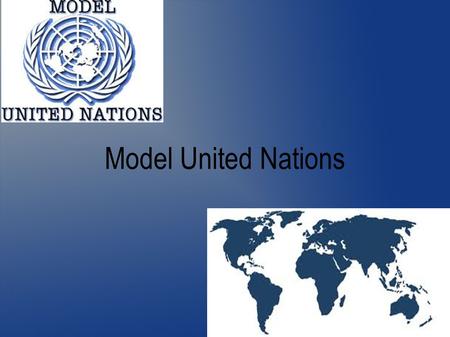 Model United Nations. What is model UN? Model UN is an academic simulation of the United Nations that aims to educate participants about civics, current. 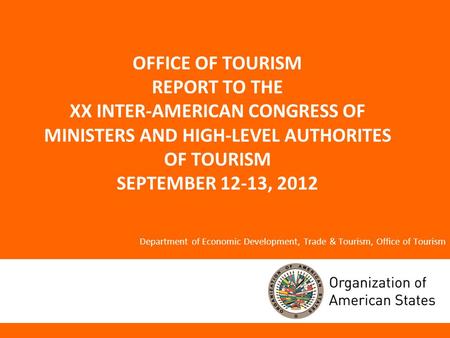 OFFICE OF TOURISM REPORT TO THE XX INTER-AMERICAN CONGRESS OF MINISTERS AND HIGH-LEVEL AUTHORITES OF TOURISM SEPTEMBER 12-13, 2012 Department of Economic. 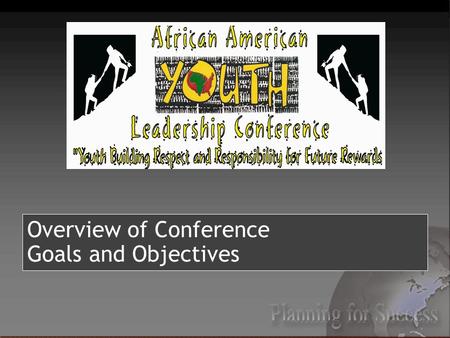 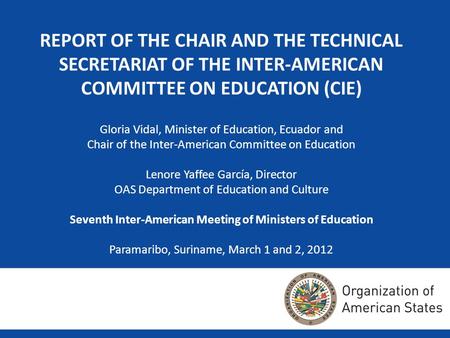 REPORT OF THE CHAIR AND THE TECHNICAL SECRETARIAT OF THE INTER-AMERICAN COMMITTEE ON EDUCATION (CIE) Gloria Vidal, Minister of Education, Ecuador and Chair. 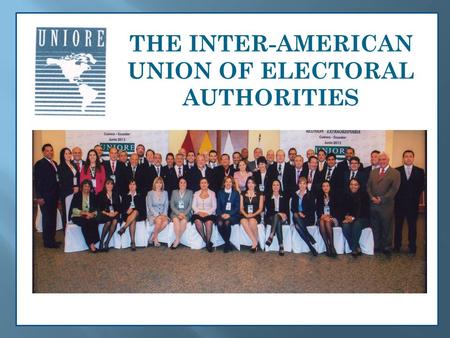 THE INTER-AMERICAN UNION OF ELECTORAL AUTHORITIES. 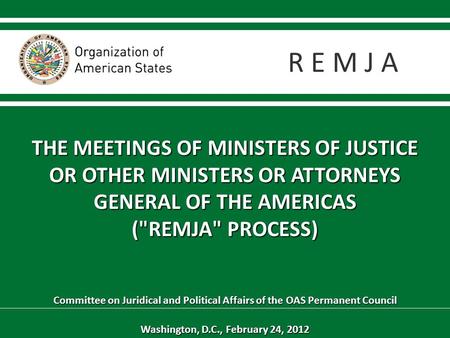 THE MEETINGS OF MINISTERS OF JUSTICE OR OTHER MINISTERS OR ATTORNEYS GENERAL OF THE AMERICAS ("REMJA" PROCESS) Committee on Juridical and Political Affairs.