2 Born: December 31, 1869 - Le Cateau-Cambresis, Picardy, France 1890 – suffers from appendicitis and spends the entire year in bed His mother gives him a box of paints to keep him occupied – this changed his life at the age of 20 he suddenly found his passion, began taking morning classes while continuing to work at his law job that he so much hated moved to Paris and was accepted into the leading art school paints as a post-impressionist (like Van Gogh, Paul Gauguin) started a French Art Movement called The Fauves interested in Cubism, but also rejects it he is more interested in using colour to express still life paintings and nudes remain his favourite subject matter North Africa becomes an important inspiration acknowledged for his work as a sculptor 1941 diagnosed with cancer, undergoes operation uses a wheelchair and eventually bed ridden – develops a new art form – paper cut-outs Died: November 3, 1954 - Nice, France

3 Matisse used pure colors and the white of exposed canvas to create a light-filled atmosphere in his Fauve paintings. Rather than using modeling or shading to lend volume and structure to his pictures, Matisse used contrasting areas of pure, unmodulated color. These ideas continued to be important to him throughout his career. His art was important in endorsing the value of decoration in modern art. However, although he is popularly regarded as a painter devoted to pleasure and contentment, his use of color and pattern is often deliberately disorientating and unsettling. Key Ideas

4 Matisse was heavily influenced by art from other cultures. Having seen several exhibitions of Asian art, and having traveled to North Africa, he incorporated some of the decorative qualities of Islamic art, the angularity of African sculpture, and the flatness of Japanese prints into his own style.

5 The human figure was central to Matisse's work both in sculpture and painting. Its importance for his Fauvist work reflects his feeling that the subject had been neglected in Impressionism, and it continued to be important to him. At times he fragmented the figure harshly, at other times he treated it almost as a curvilinear, decorative element. Some of his work reflects the mood and personality of his models, but more often he used them merely as vehicles for his own feelings, reducing them to ciphers in his monumental designs. Key Ideas

6 Matisse once declared that he wanted his art to be one "of balance, of purity and serenity devoid of troubling or depressing subject matter," and this aspiration was an important influence on some, such as Clement Greenberg, who looked to art to provide shelter from the disorientation of the modern world.

7 Henri Matisse is widely regarded as the greatest colorist of the twentieth century and as a rival to Pablo Picasso in the importance of his innovations.

22 Alvin Langdon Coburn, Henri and Amélie Matisse in front of “Bathers by a River 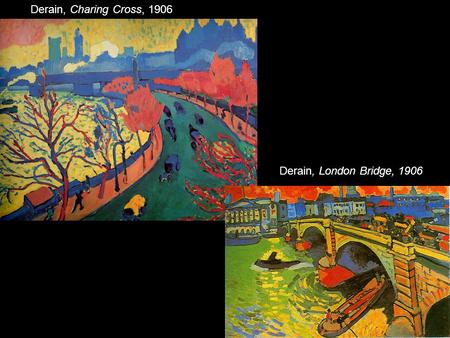 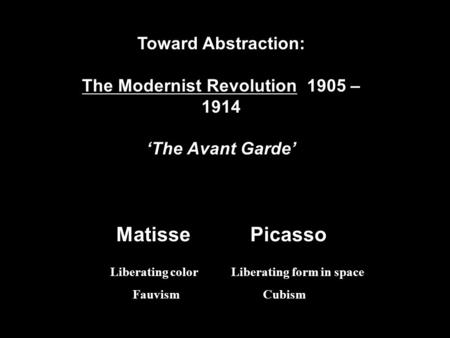 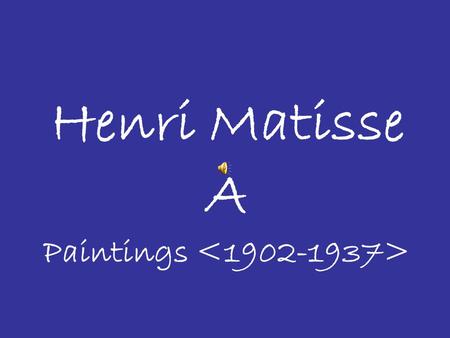 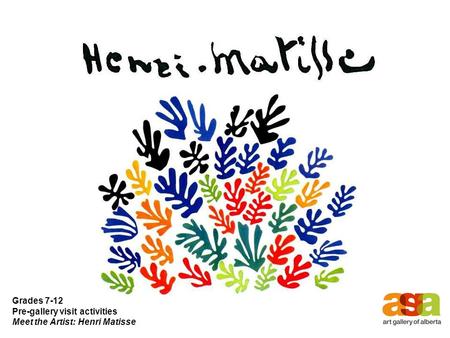 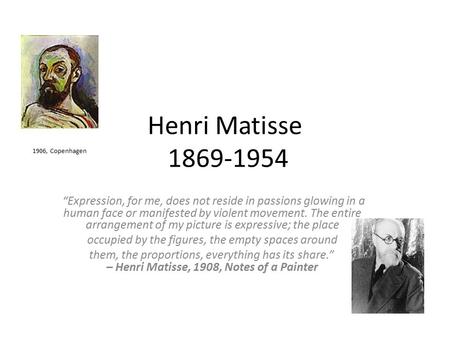 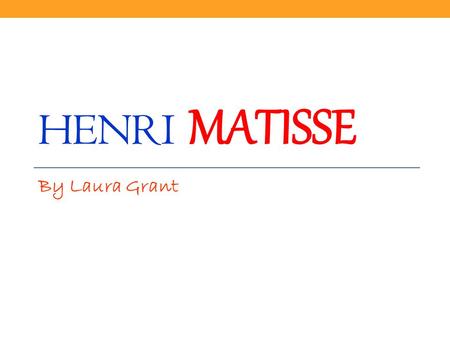