Presentation on theme: "Problems after Independence By 1980 most of Africa was free from European rule. However, many of the newly independent countries face many problems."— Presentation transcript:

1 Problems after Independence By 1980 most of Africa was free from European rule. However, many of the newly independent countries face many problems.

4 Independence brought freedom but it also brought in a new problems. One of the biggest issues facing Africa today is famine, caused from droughts that lead to starvation. Africa’s population is growing faster than they can industrialize & produce food. In Ethiopia, Somalia, and the Sudan starvation is common place, and is a major problem.

6 Disease HIV/AIDS- one of the leading causes of death in Africa. AIDS is spread in Africa because lack of education about it & little healthcare, doctors, medicine, etc.. South Africa has one of the highest rates of AIDS infection in the world.

9 HIV/AIDS Every day in Africa : - 8,500 people are infected with the HIV virus - 1,400 newborn babies are infected during childbirth or by their mothers' milk. - 25 million people in Africa have HIV – this is 70% of global infections. Almost 2 million of African cases are children under the age of 15. - Currently more than 12 million children in Africa have lost at least one parent to HIV/AIDS; that number is expected to reach 18 million by 2010. - In sub-Saharan Africa, there are currently 4.1 million people with AIDS who are in immediate need of life-saving anti-retroviral drugs (ARVs). At the end of last year, only an estimated 50,000 of these people were able to take these drugs. - AIDS experts estimate that it will cost more than $10.5 billion a year to fight AIDS globally - that price tag will escalate to more than $15 billion a year soon. Wealthy countries currently spend less than $4 billion on global AIDS. - The main ways AIDS is transmitted are unsafe injections, transmission from mother to child at birth or through breastfeeding, and transfusion of contaminated blood or blood products, etc…

10 Disease Malaria- is a tropical disease spreading throughout the region carried by mosquitoes. Big problem in Central Africa. Each year more than 1 million die from this disease. For instance malaria is the leading cause of death in children under five in Uganda. Insecticides and mosquito nets can drastically lower the number of infections.

11 Common symptoms of malaria: In the early stages, malaria symptoms are sometimes similar to those of many other infections caused by bacteria, viruses, or parasites. Symptoms may include: Fever. Chills. Headache. Sweats. Fatigue. Nausea and vomiting.

13 Malaria Facts: 90% of all malaria deaths occur in sub-Saharan Africa (any county beneath the Sahara Desert) 1 in 5 childhood deaths are caused by malaria 2 people die every minute in Africa from Malaria. Malaria is completely preventable with mosquito nets and medication.

14 Civil War: **Civil War is a big problem in Africa! Caused from Europeans Creating artificial boundaries (partitioning the land) & mixing ethnic groups with others whom they did not like.

15 Africa and Literacy Rates! Literacy rates are lower for women than men in Africa because women don’t get a chance to go to school. Civil War keeps many Africans from attending school. Girls have to do farm work, gather water, etc. **Higher literacy rates = higher GDP = higher standard of living** --Literacy rates in Africa are on average about 50%--that is LOW! Remember that literacy rate affects not only an individual, but also their community. **Sudan and Egypt both have a literacy rate of only 51% **South Africa, the most developed country in Africa, only has a literacy rate of 83%

16 On the space provided on your paper, write a paragraph of how Africa can stop the rapid spread of AIDS/HIV. Use the information from the slides in this power point and other websites given.

Download ppt "Problems after Independence By 1980 most of Africa was free from European rule. However, many of the newly independent countries face many problems." 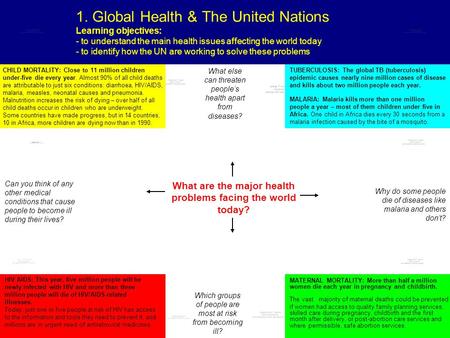 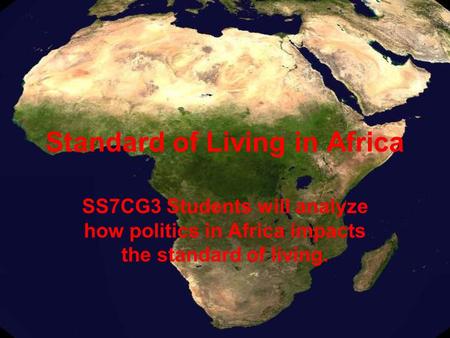 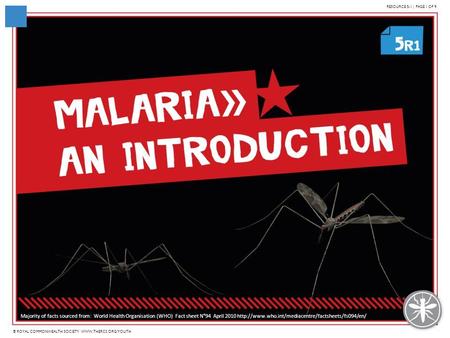 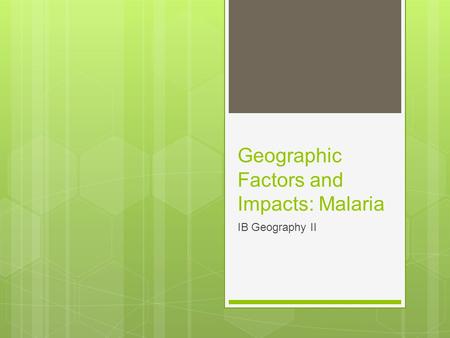 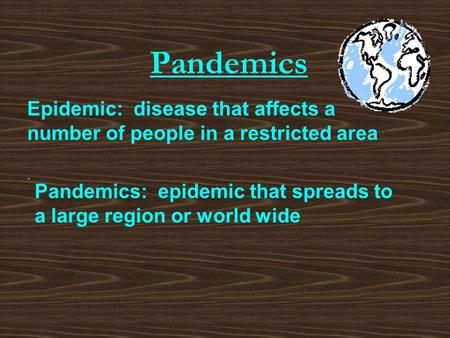 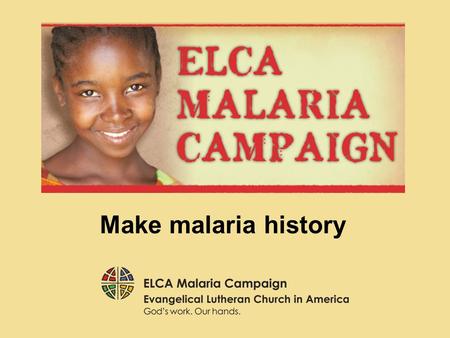 Make malaria history. Now Simon’s mother-in-law was suffering from a high fever, and they asked [Jesus] about her. Then he stood over her and rebuked.