American Revolutionary War 1775-1783 - Unit 5. First Continental Congress O In 1774 delegates met in Philadelphia to decide what to do about the situation.

Presentation on theme: "American Revolutionary War 1775-1783 - Unit 5. First Continental Congress O In 1774 delegates met in Philadelphia to decide what to do about the situation."— Presentation transcript:

2 First Continental Congress O In 1774 delegates met in Philadelphia to decide what to do about the situation. O 56 delegates including John and Samuel Adams. O One delegate wanted to make peace. O Patrick Henry said there was no way to avoid a fight. O In the end they reached a compromise – O They decided to continue to boycott British goods and warned colonial militias to be ready to fight. O They sent delegates to the king asking for basic rights. O The king refused.

5 “The British are Coming!” O Local militia members began calling themselves minutemen because they would be ready at a minute’s notice. O Much of the weapons and ammunition were stored in Concord. O A British general decided to go raid the ammunition. O The Sons of Liberty learned of the plan. O Sent men riding ahead to warn the minutemen.

6 Paul Revere O Paul Revere rode ahead to warn the minutemen. O Many people made rides warning of the British coming.

7 The “Shot Heard round the World” O The minutemen beat the British to the ammunition. O They decided to make a line at Lexington to stop the British. O The first shot of the Revolutionary War. O The British marched on to Concord, few weapons remained.

10 Second Continental Congress O In 1775 representatives from 12 colonies met in Philadelphia again. O They had to decide how to react to the fighting. O Congress made plans to create a Continental Army – chose George Washington to command the army. O One last attempt at peace – Olive Branch Petition – King rejected the offer

12 Second Continental Congress O 1776 the Congress created a committee to write a document declaring independence from Britain. O In reaction to King George III’s refusal to acknowledge the colonial requests O John Adams, Benjamin Franklin and Thomas Jefferson were among others in the committee. O Wrote the Articles of Confederation which would serve as a new form of government for the young country.

14 Declaration of Independence O July 4, 1776 O “All men are created equal” O Discussed unalienable rights – which are basic rights guaranteed to people naturally O These rights included – life, liberty, and the pursuit of happiness O Listed grievances against the King of England

17 Saratoga O Considered a major turning point of the war O France joined the colonists after this battle. O This tipped the scale in favor of the colonists

19 Winter at Valley Forge O After suffering several defeats, Washington took his army to Valley Forge for the winter of 1777. O Many of the men suffered frostbite and starvation O The men were trained by a Prussian officer into a more professional army.

Download ppt "American Revolutionary War 1775-1783 - Unit 5. First Continental Congress O In 1774 delegates met in Philadelphia to decide what to do about the situation." 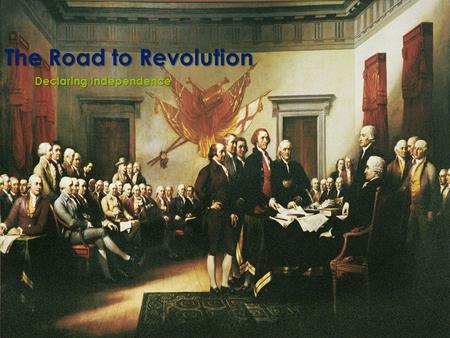 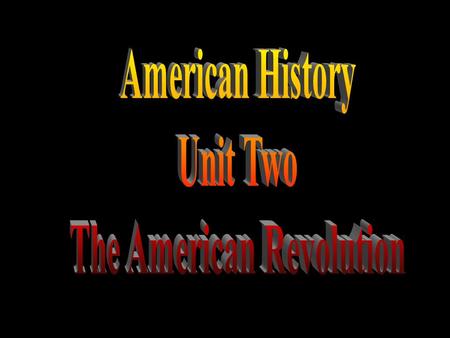 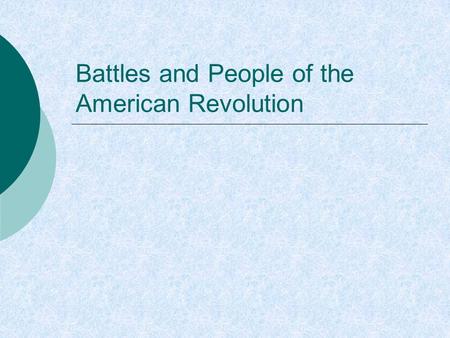 Battles and People of the American Revolution. What is Colonel Prescott known for saying? “Don’t fire until you see the white’s of their eyes.” Who won. 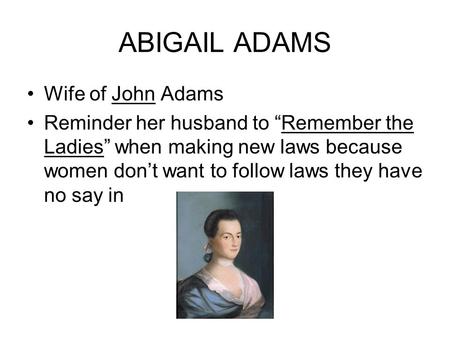 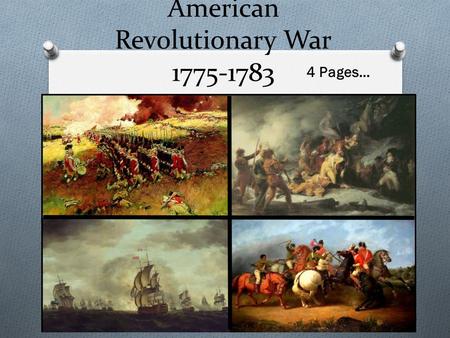 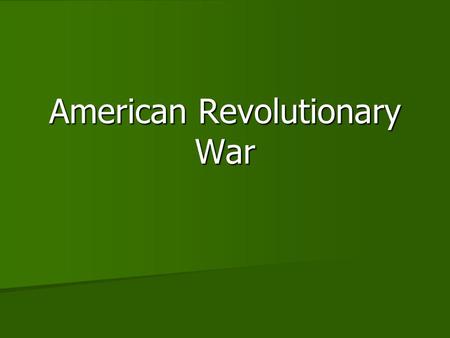 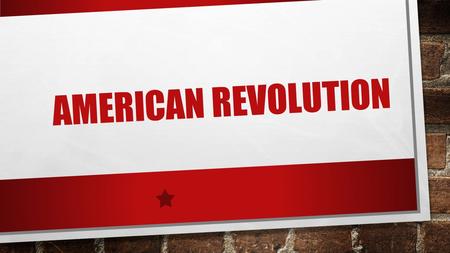 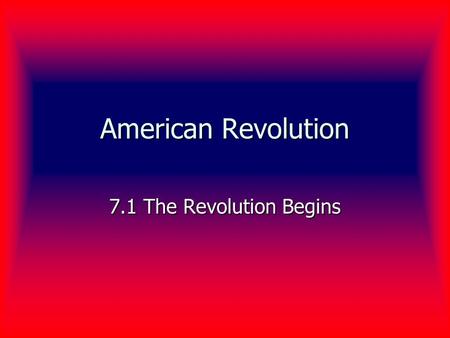 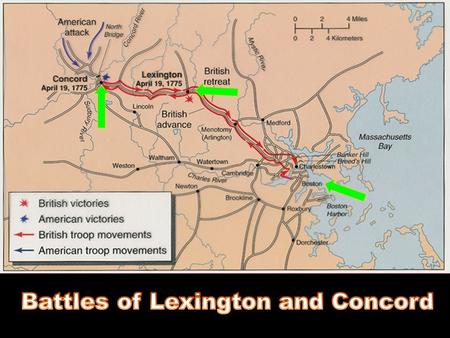 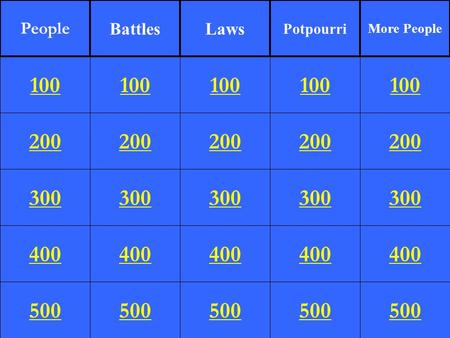 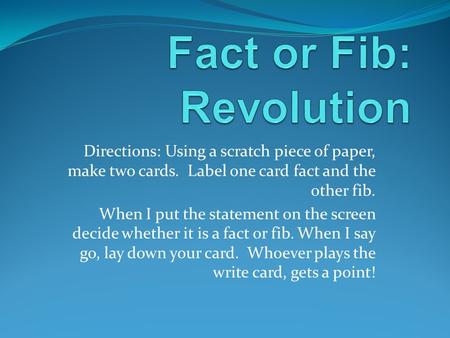