4 13-4 Correlation Analysis Correlation Analysis is the study of the relationship between variables. It is also defined as group of techniques to measure the association between two variables. Scatter Diagram is a chart that portrays the relationship between the two variables. It is the usual first step in correlations analysis The Dependent Variable is the variable being predicted or estimated. The Independent Variable provides the basis for estimation. It is the predictor variable.

10 13-10 Correlation Coefficient - Example Using the Copier Sales of America data which a scatterplot is shown below, compute the correlation coefficient and coefficient of determination. Using the formula:

11 13-11 Correlation Coefficient - Example How do we interpret a correlation of 0.759? First, it is positive, so we see there is a direct relationship between the number of sales calls and the number of copiers sold. The value of 0.759 is fairly close to 1.00, so we conclude that the association is strong. However, does this mean that more sales calls cause more sales? No, we have not demonstrated cause and effect here, only that the two variables—sales calls and copiers sold—are related.

15 13-15 Regression Analysis In regression analysis we use the independent variable (X) to estimate the dependent variable (Y). The relationship between the variables is linear. Both variables must be at least interval scale. The least squares criterion is used to determine the equation. REGRESSION EQUATION An equation that expresses the linear relationship between two variables. LEAST SQUARES PRINCIPLE Determining a regression equation by minimizing the sum of the squares of the vertical distances between the actual Y values and the predicted values of Y.

16 13-16 Regression Analysis – Least Squares Principle The least squares principle is used to obtain a and b. The equations to determine a and b are:

17 13-17 Regression Equation - Example Recall the example involving Copier Sales of America. The sales manager gathered information on the number of sales calls made and the number of copiers sold for a random sample of 10 sales representatives. Use the least squares method to determine a linear equation to express the relationship between the two variables. What is the expected number of copiers sold by a representative who made 20 calls?

19 13-19 Computing the Estimates of Y Step 1 – Using the regression equation, substitute the value of each X to solve for the estimated sales

21 13-21 The Standard Error of Estimate The standard error of estimate measures the scatter, or dispersion, of the observed values around the line of regression Formulas used to compute the standard error:

22 13-22 Standard Error of the Estimate - Example Recall the example involving Copier Sales of America. The sales manager determined the least squares regression equation is given below. Determine the standard error of estimate as a measure of how well the values fit the regression line. 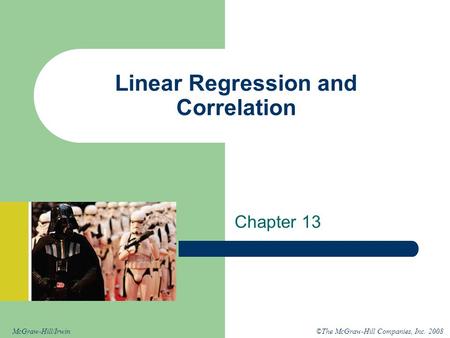 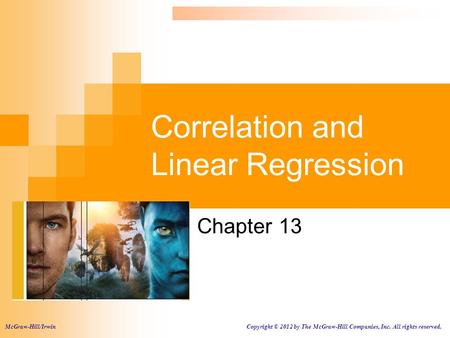 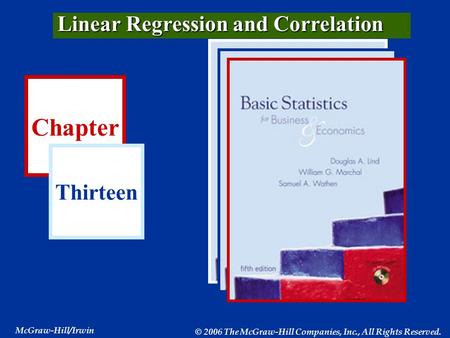 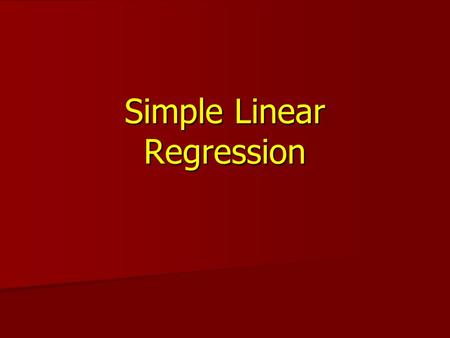 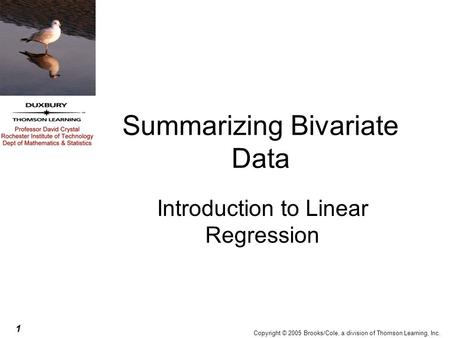 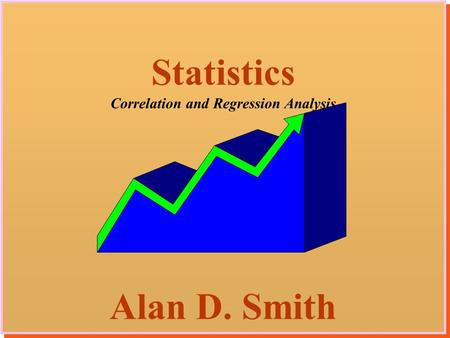 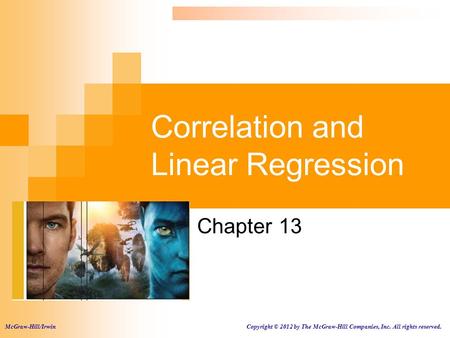