2 Operating System An operating system (OS) is a software, consisting of programs and data, that runs on computers, manages computer hardware resources, and provides common services for execution of various application software. The operating system is the most important type of system software in a computer system. Operating systems perform basic tasks, such as recognizing input from the keyboard, sending output to the display screen, keeping track of files and directories on the disk, and controlling peripheral devices such as disk drives and printers. For large systems, the operating system has even greater responsibilities and powers. It is like a traffic cop - it makes sure that different programs and users running at the same time do not interfere with each other. The operating system is also responsible for security, ensuring that unauthorized users do not access the system.

3 Major Operating System for personal computers
Microsoft Windows Microsoft Windows is a family of proprietary operating systems most commonly used on personal computers. It is the most common family of operating systems for the personal computer, with about 90% of the market share. Windows XP Professional This is built upon the Windows 2000 architecture and ideal for business and advanced home computing. Windows XP Home An upgrade to Windows ME incorporating some of the features and functionality of Windows XP Professional. Windows 98 The replacement for Windows 95. Supports new advancements such as USB, and MMX (Multimedia Instructions) which integrated text, video, graphics and sound. Windows 95 Introduced several improvements and advances that included applications to run much faster if written for Windows 95, and support of the mouse as a new interface.

4 Windows 2000 This is built upon the Windows NT architecture and the best choice for most business uses. This is NOT an upgrade of Windows 98. Windows ME Designed for home use, and is the logical step for Windows 98 users. Windows Millennium Edition is a stand alone operating system unlike Windows 3.1, Windows 95 and Windows 98 that were built on TOP of DOS. ME operating system includes new system safeguards such as "System Restore" and improved help functions when troubleshooting. Windows 7 The latest release of the Windows client operating system, built on the secure foundation of Windows Vista and Windows Server 2008. All the new innovations in this operating system are meant to enhance user’s capability as an IT professional to better provision and manage increasingly mobile PCs, to protect data, and to improve end-user and personal productivity.

5 Mac OS Mac OS is a series of graphical user interface-based operating systems developed by Apple Inc. (formerly Apple Computer, Inc.) for their Macintosh line of computer systems. It is a multitasking operating system that was the first graphical interface to achieve commercial success. The current version is Mac OS X, which is version 10. Since January 2002, all new Mac computers use Mac OS X. Subversions are named Jaguar, Panther, Tiger, Leopard. Most statistics show that Mac are making a comeback (Feb see chart at bottom of page), but the total usage is still low compared to the total number of Windows systems.

6 UNIX Unix is an operating system developed by Bell Labs to handle complex scientific applications. University networks are likely to use UNIX, as are Internet Service Providers. Many computer old-timers love UNIX and its command line interface. But all those commands are not easy to remember for newcomers. X-Windows is a graphical interface for UNIX that some think is even easier to work with than Windows 98. Linux Linux is an operating system similar to UNIX that is becoming more and more popular. It is a open-source program created by Linus Torvalds at the University of Finland, starting in 1991. Open source means that the underlying computer code is freely available to everyone.  Programmers can work directly with the code and add features. They can sell their customized version of Linux, as long as the source code is still open to others.

8 Functions of an operating system
Processor management Assignment of processor to different tasks being performed by the computer system. Memory management Allocation of main memory and other storage areas to the system programs as well as user programs and data. Input/output management Co-ordination and assignment of the different output and input device while one or more programs are being executed. File management Ensures that files in secondary storage are available when needed. Manages reading and writing in the file system and they are protected from access by unauthorized users. Establishment and enforcement of a priority system Determines and maintains the order in which jobs are to be executed in the computer system. 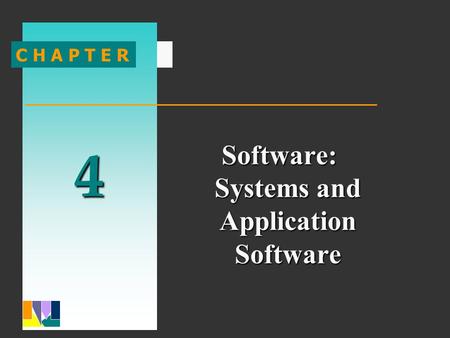 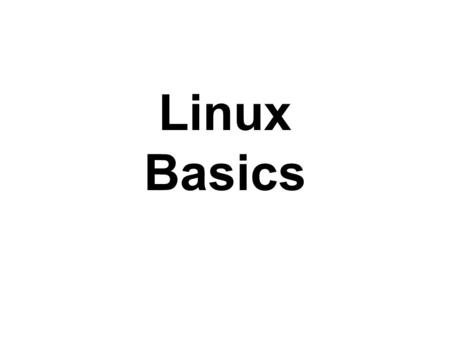 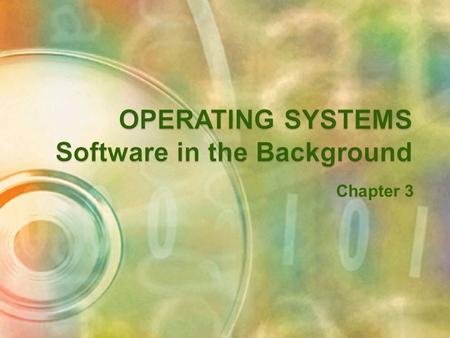