4 The situation of contaminated sites in Turkey A large fraction (about 80%) of contaminated sites are related to municipal and industrial waste disposal sites and illegal waste dump sites. Approximately 1.3 million tons of hazardous wastes are generated annualy; about 63 % (820,000 tons) disposed of and stored on-site (i.e., land disposed); remaining 37 % 480,000 tons) is reused, recycled, or sold etc. (TÜİK, 2004) Approximately 24.2 million tons of MSW are generated annually (1.3 kg per capita); about 30 % is disposed of in sanitary landfills, about 67 % is disposed of municipal disposal sites, 2 % composted and 1 % incinarated (TÜİK, 2004)

7 Legal and Administrative Issues Legal and Administrative Issues New amendment to Environmental Law (April 2006) Some important points to note concerning contaminated sites: Elaboration of hazardous chemicals and waste management issues Waste generators are obliged to; - Use appropriate technologies and methods to minimize waste generation and to dispose of their waste in accordance with HWCR -Get organized to form their local or regional waste management service unions to fufill their legal responsibabilities. M of E&F provides finacial and technical assistance to such service unions. * Industrial facilities are obliged to prepare their emergency response plans in order to minimize possible adverse environmental impacts in case of accidents. M of E is autorized to prepare related regulations to determine the rules and responsibabilities.

8 Legal and Administrative Issues New amendment to Environmental Law (continued) Elaboration of financial instruments for environmental protection Municipalities are provided with greater authorities regarding solid waste management issues, including establishment and operation of waste management facilities, and pricing the services that they provide Increased monetary and imprisonment penalties for the illegal waste dumpimg and violation of rules and regulations New items for soil protection and soil pollution prevention

9 Legal and Administrative Issues EU Screening Process As a part of the EU accession negotiations, Turkey has been going throuh a detailed Environmental Screening Process. The aim of the process; harmonization of Turkish environmental laws, regulations and instutional structure with the EU identifying the gaps achieving conformity with respect to legal and instutional systems

13 On-going Projects A number projects have been implemented jointly by the M of E&F and various European partners in an efford to closing the legal and institutional gaps between Turkey and the EU. Funding to these projects are mostly provided by the EU funding agencies and partly by the M of E&F.

16 Conclusions The major problem asociated with contaminated sites is the defficiencies of the current waste management system in Turkey (especially, insufficient number of disposal facilities - slow progress due to lack of money) Full conformity with EU directives is targeted by 2008 Transposition and implementaion of waste management related directives are priority in the short-run Capacity building and strenghtening institutional structure is a mid-range prioriy 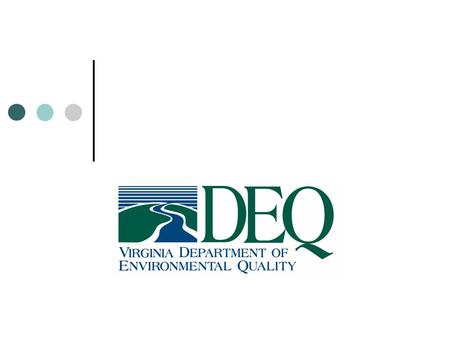 DEQ Mission By the end of the decade, Virginians will enjoy cleaner water available for all uses, improved air quality that supports communities and ecosystems, 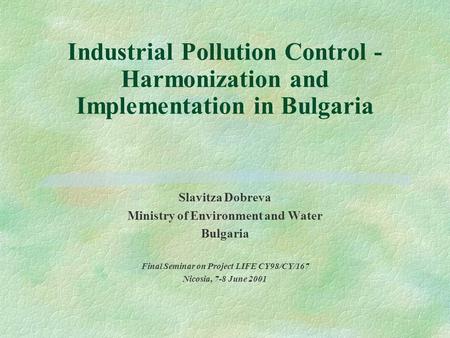 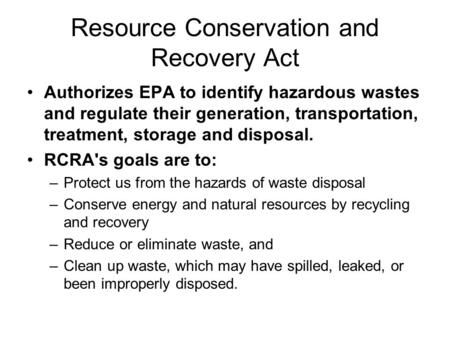 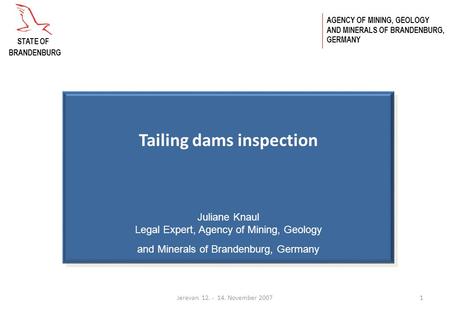 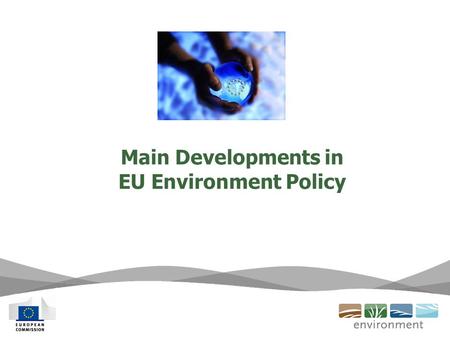 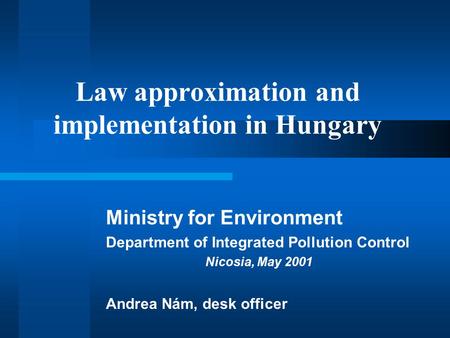 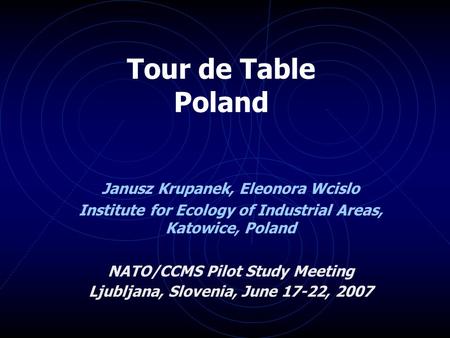 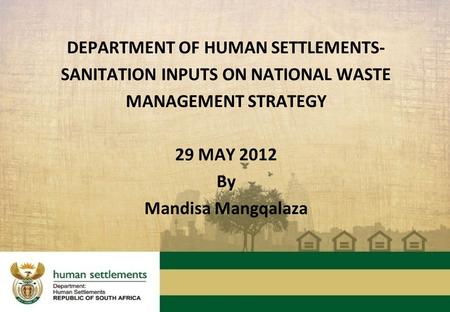 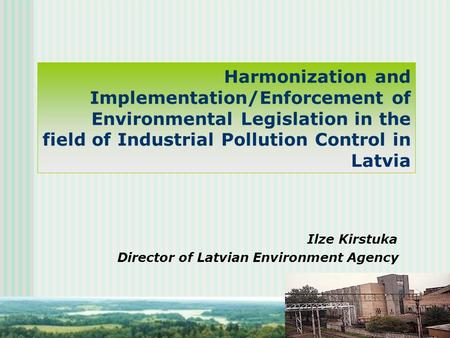 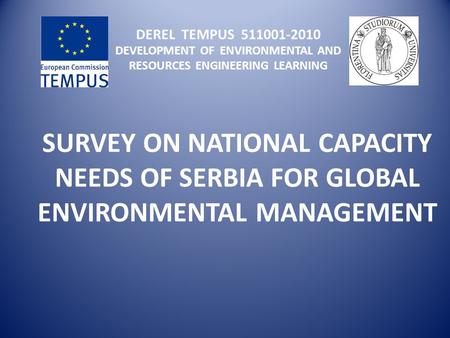 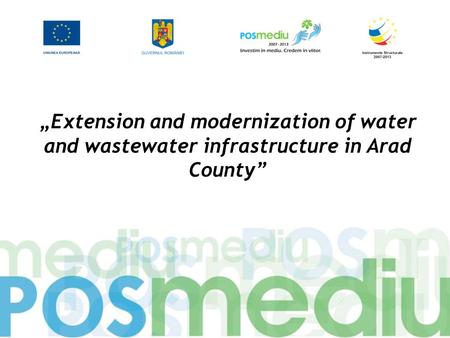 „Extension and modernization of water and wastewater infrastructure in Arad County” 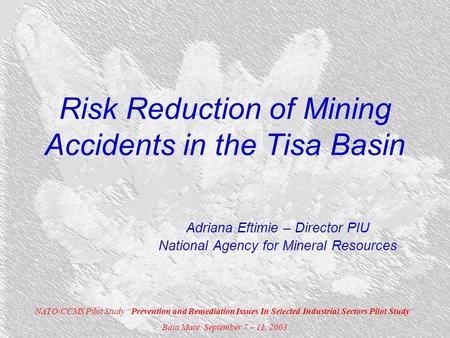 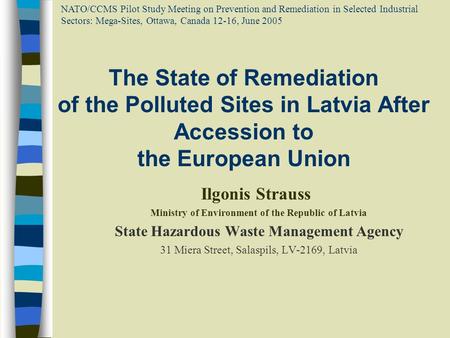 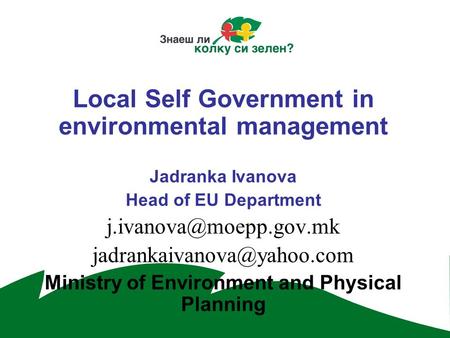 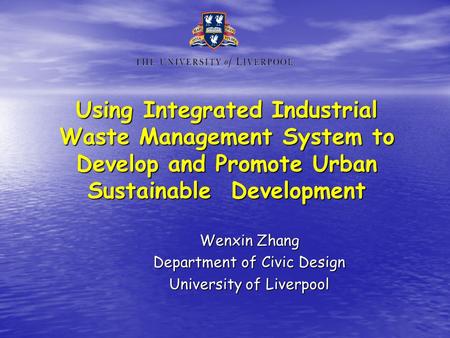 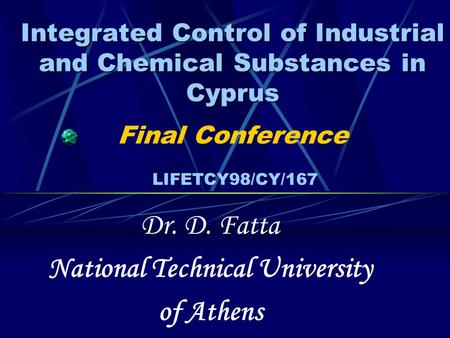 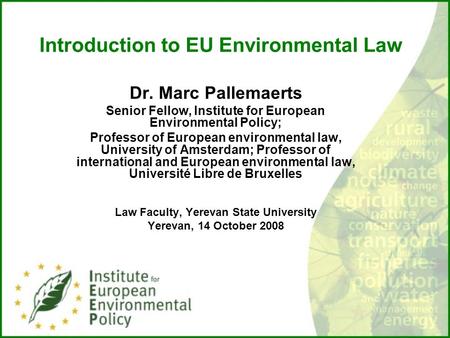 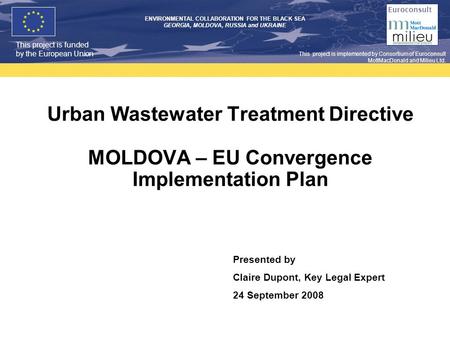 This project is funded by the European Union ENVIRONMENTAL COLLABORATION FOR THE BLACK SEA GEORGIA, MOLDOVA, RUSSIA and UKRAINE Euroconsult This project. 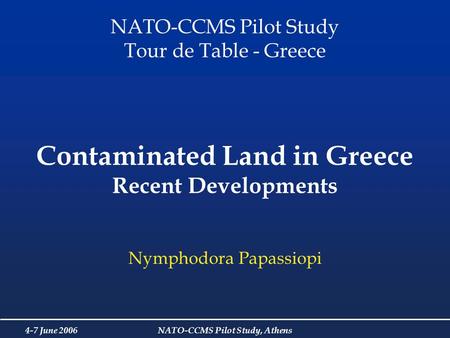