4 U.S. SUPREME COURT  Established in 1789  at times called the “HIGH COURT”  Consists of the Chief Justice of the U.S. and eight Associate Justices  highest appellate court in the U.S.  Claims over $75,000 only Cases heard have issues involving the Constitution or federal law ex) racial issues

5 PROCESS OF A CASE IN THE SUPREME COURT  A person requests review of their case by the Supreme Court  Court first hears oral arguments from the lawyers of the case  Then a conference is held by just the judges to discuss the case and decide if a review is needed  If yes, then certiorari is ordered  If no, the decision from the lower court stands  certiorari is an order for the lower court to send up the complete record of the case

7 U.S. COURT OF APPEALS  has the authority to review any cases in lower courts and change the ruling  created in 1789  also known as circuit courts  there are 12 regional courts of appeals  cases are from lower courts that are being appealed  settle disputes and enforce national law

8  Cases are first screened by the judges  Cases that pass the screening stage are reviewed by a panel of three judges  If not settled by the review, then an oral argument is given to the attorneys on each side of the case  Then the decision is announced

10  Both civil and criminal cases are filed  Est. by congress  There are 94 district courts in the United States  Judges serve a term of 10 years  District courts are limited courts

13 KANSAS DISTRICT COURTS  where the criminal and civil jury trials are held  ex) divorce, damage suits and small claims(limit of $4,000.)  a district court in each county  following state law, there is at least one resident judge in each county 2007. Kansas Judicial Branch. www.kscourts.org Appeals can be taken to Court of Appeals or Supreme Court

16 BASIC POINTS  Federalism keeps power balanced between national and state governments  Whatever issues are not given to the National Court System by the Constitution goes to the State Court System  To go to federal court, the case must have diversity or cases involving the constitution 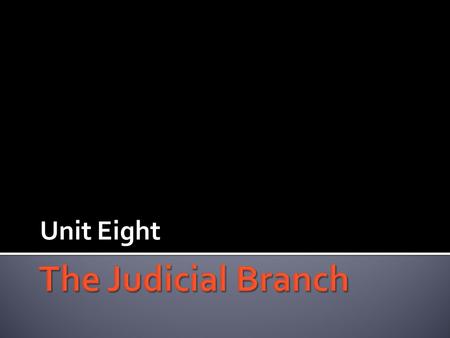 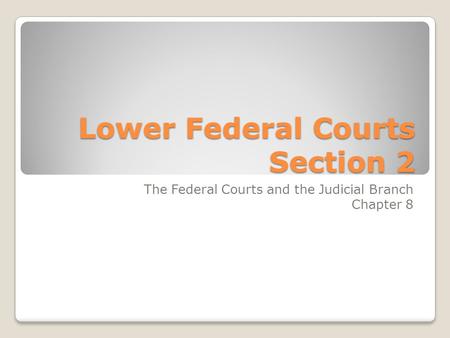 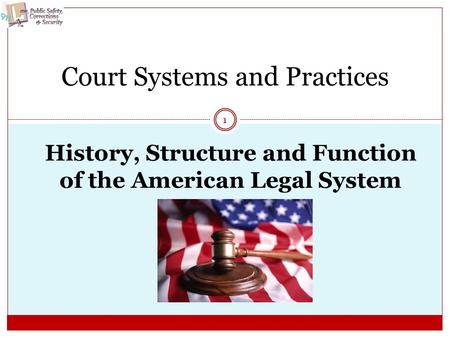