3 Level 1. Preconventional Morality
Stage 1. Obedience and Punishment Orientation. Kohlberg's stage 1 is similar to Piaget's first stage of moral thought. The child assumes that powerful authorities hand down a fixed set of rules which he or she must unquestioningly obey.

4 Stage 1. Obedience and Punishment Orientation.
The View is "It's against the law," or "It's bad to steal," as if this were all there were to it. When asked to elaborate, the child usually responds in terms of the consequences involved, explaining that stealing is bad "because you'll get punished" (Kohlberg, 1958b).

6 Stage 2. Individualism and Exchange.
This stage children recognize that there is not just one right view that is handed down by the authorities. Different individuals have different viewpoints. At stage 1 punishment is tied up in the child's mind with wrongness; punishment "proves" that disobedience is wrong. At stage 2, in contrast, punishment is simply a risk that one naturally wants to avoid.

8 Level II. Conventional Morality
Stage 3. Good Interpersonal Relationships. At this stage children--who are by now usually entering their teens--see morality as more than simple deals. They believe that people should live up to the expectations of the family and community and behave in "good" ways. Good behavior means having good motives and interpersonal feelings such as love, empathy, trust, and concern for others.

10 Stage 4. Maintaining the Social Order.
Stage 3 reasoning works best in two-person relationships with family members or close friends, where one can make a real effort to get to know the other's feelings and needs and try to help. At stage 4, in contrast, the respondent becomes more broadly concerned with society as a whole. Now the emphasis is on obeying laws, respecting authority, and performing one's duties so that the social order is maintained.

12 Level III. Postconventional Morality
Stage 5. Social Contract and Individual Rights. At stage 5, people begin to ask, "What makes for a good society?" They begin to think about society in a very theoretical way, stepping back from their own society and considering the rights and values that a society ought to uphold. They then evaluate existing societies in terms of these prior considerations. They are said to take a "prior-to-society" perspective (Colby and Kohlberg, 1983, p. 22).

13 Stage 5. Social Contract and Individual Rights.
Stage 5 subjects,- then, talk about "morality" and "rights" that take some priority over particular laws. Kohlberg insists, however, that we do not judge people to be at stage 5 merely from their verbal labels. We need to look at their social perspective and mode of reasoning.

15 Stage 6: Universal Principles.
Kohlberg believes that there must be a higher stage--stage 6--which defines the principles by which we achieve justice. Kohlberg's conception of justice follows that of the philosophers Kant and Rawls, as well as great moral leaders such as Gandhi and Martin Luther King. According to these people, the principles of justice require us to treat the claims of all parties in an impartial manner, respecting the basic dignity, of all people as individuals. The principles of justice are therefore universal; they apply to all. Thus, for example, we would not vote for a law that aids some people but hurts others. The principles of justice guide us toward decisions based on an equal respect for all.

17 Kohlberg: Summary At stage 1 children think of what is right as that which authority says is right. Doing the right thing is obeying authority and avoiding punishment. At stage 2, children are no longer so impressed by any single authority; they see that there are different sides to any issue. Since everything is relative, one is free to pursue one's own interests, although it is often useful to make deals and exchange favors with others.

18 Kohlberg: Summary At stages 3 and 4, young people think as members of the conventional society with its values, norms, and expectations. At stage 3, they emphasize being a good person, which basically means having helpful motives toward people close to one At stage 4, the concern shifts toward obeying laws to maintain society as a whole.

19 Kohlberg: Summary At stages 5 and 6 people are less concerned with maintaining society for it own sake, and more concerned with the principles and values that make for a good society. At stage 5 they emphasize basic rights and the democratic processes that give everyone a say, and at stage 6 they define the principles by which agreement will be most just. 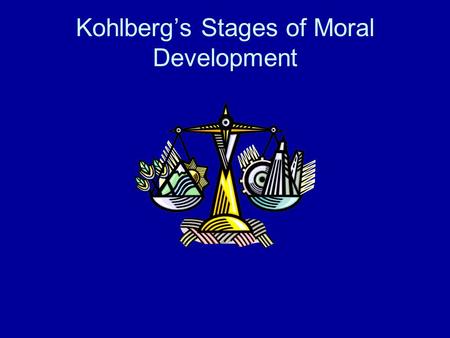 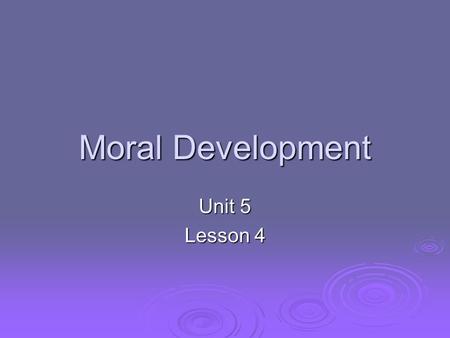 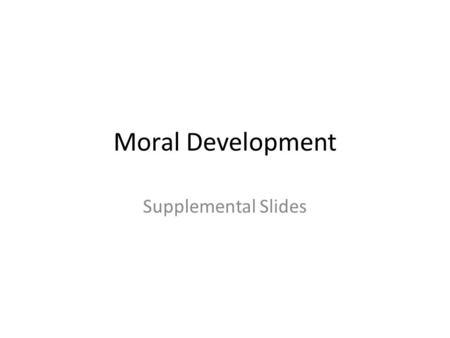 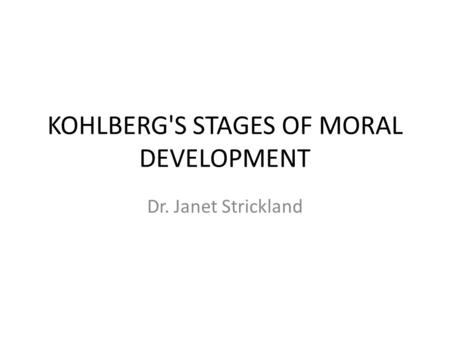 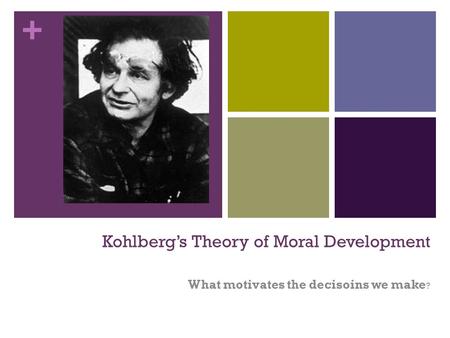 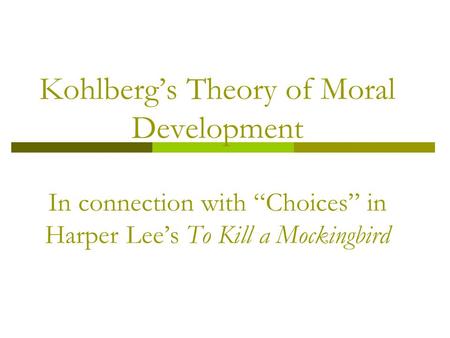 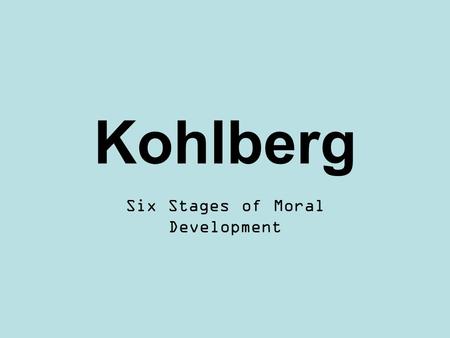 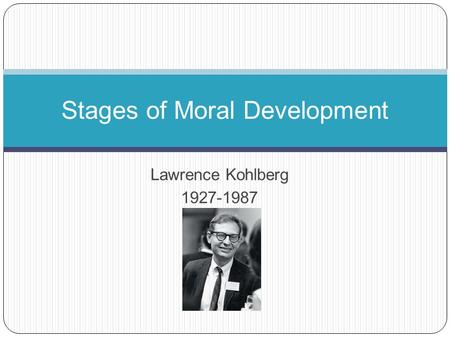 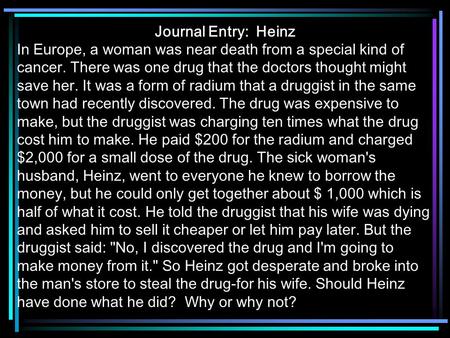 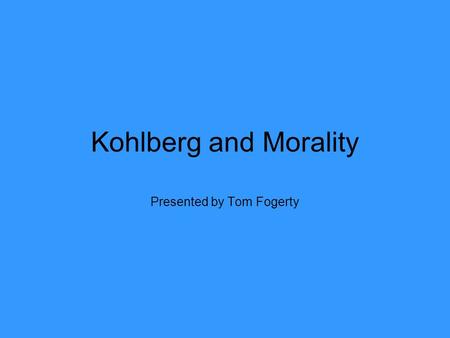 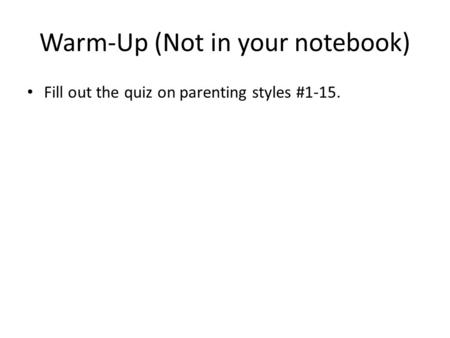