Presentation on theme: "Chapter 10 Racial and Ethnic Minorities. With which racial/ethnic characterization do identify with the most? Choose only one. A. Anglo (white, non-Hispanic)"— Presentation transcript:

2 With which racial/ethnic characterization do identify with the most? Choose only one. A. Anglo (white, non-Hispanic) B. Hispanic C. African American, black D. Native American (American Indian) E. Asian F. Other

3  What Cues, or markers did you use to identify your self?  Are these physical, cultural, or based on ancestry?

6 Genetic Definitions of Race  Differences in traits, such as hair and nose type, have proved of no value in making classifications of human beings.  Similarities appear to be far greater than any physical differences including skin color.

8 Legal Definitions  There has been little consistency among the legal definitions of race.  The state of Missouri made “one-eighth or more Negro blood” the criterion for nonwhite status.  As recently as 1982, a dispute arose over Louisiana’s law requiring anyone of more than 1/32 African descent to be classified as black.

11 Facts about Racial Intermarriage People who intermarry are younger and better educated than average couples. Three million children are growing up in interracial families. This is up from 900,000 in 1970. Black men are much more likely to intermarry than black women. Ten percent of black men have a nonblack spouse. More than 10% of the married couples in Hawaii, California, Oklahoma, Alaska, and Nevada were interracial.

12 The Concept of Ethnic Group  An ethnic group has a distinct cultural tradition that its own members identify with and that may not be recognized by others.  They adhere to customs, maintain similarity in family patterns, religion, and cultural values.  They often possess distinct folkways and mores; customs of dress, art, and ornamentation; moral and value systems; and patterns of recreation.  The group is may be devoted to a monarch, religion, language, or territory.

13 The Concept of Minority  Louis Wirth’s definition of a minority:  A group of people who, because of physical or cultural characteristics, are singled out from others in society for differential and unequal treatment, and who therefore regard themselves as objects of collective discrimination.

14 Question  Which of the following would qualify as a minority group in U.S. society according to the sociological definition of the term? A. homosexuals B. the elderly C. people with disabilities D. all of these choices are correct

15 Answer: D  Homosexuals, the elderly and people with disabilities would qualify as a minority group in U.S. society according to the sociological definition of the term.

16 Prejudice  An irrationally based negative, or occasionally positive, attitude toward certain groups and their members.

17 Discrimination  Differential treatment, usually unequal and injurious, accorded to individuals who are assumed to belong to a particular category or group.

18 Institutionalized Prejudice and Discrimination  Complex societal arrangements that restrict the life chances and choices of a specifically defined group, in comparison with those of the dominant group.  http://www.nytimes.com/2012/10/15/business/aclu-to-sue-morgan-stanley-over-mortgage-loans.html?hp&_r=0 http://www.nytimes.com/2012/10/15/business/aclu-to-sue-morgan-stanley-over-mortgage-loans.html?hp&_r=0

20 Social Functions of Prejudice  A prejudice helps draw together those who hold it.  When two or more groups are competing for access to scarce resources it is easier to write off competitors as unworthy.  Prejudice allows us to project onto others those parts of ourselves that we do not like and therefore try to avoid facing.

21 Patterns of Racial and Ethnic Relations 1. Assimilation - groups with different cultures come to have a common culture. 2. Pluralism - development and coexistence of separate racial and ethnic group identities within a society. 3. Subjugation – subordination of one group and the assumption of of authority, power, and domination by the other.

22 Patterns of Racial and Ethnic Relations 4. Segregation - a form of subjugation, refers to the act, process, or state of being set apart. 5. Expulsion - forcing a group to leave the territory in which it resides. 6. Annihilation - deliberate extermination of a racial or ethnic group.

Download ppt "Chapter 10 Racial and Ethnic Minorities. With which racial/ethnic characterization do identify with the most? Choose only one. A. Anglo (white, non-Hispanic)" 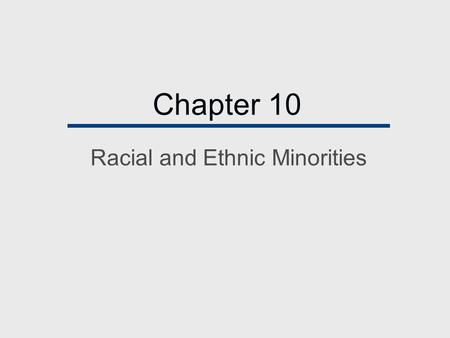 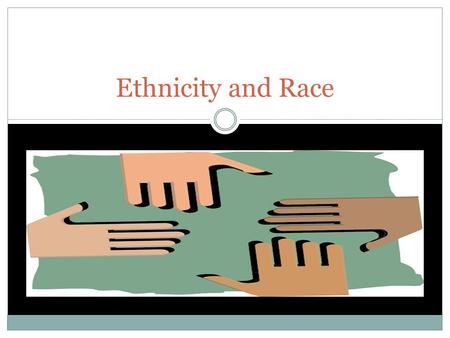 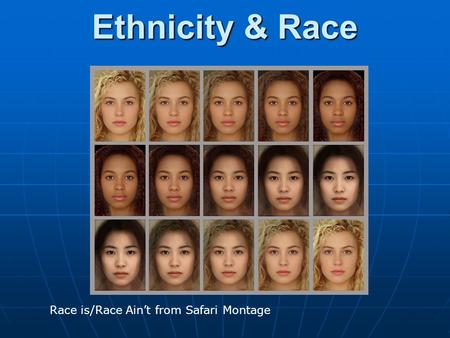 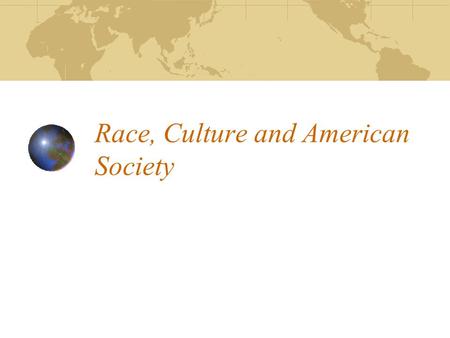 Race, Culture and American Society. All of the World Is a Stage Saturday Reader. 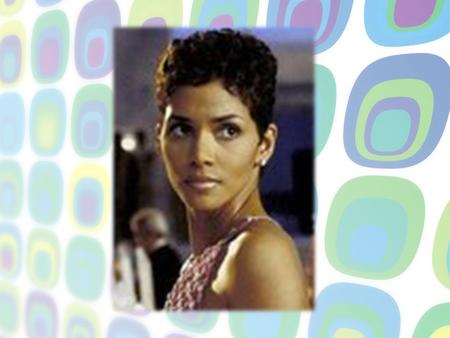 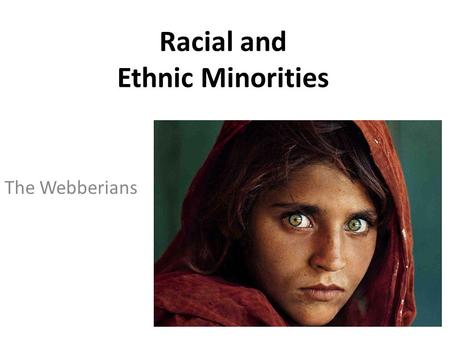 Racial and Ethnic Minorities The Webberians. The Concept of Race Race refers to a category of people who are defined as similar because of a number of.