3 The Internal Combustion Engine Cars have operated using the internal combustion engine for over a hundred years! 3

4 How does a car work? 4 Movement! Smog! What happens here?

5 How does a car work? 1.Gasoline is pumped into the car and stored in the gas tank 2.Gasoline explodes in the car engine! 3.Explosions move the pistons moving the crankshaft, moving the transmission, moving the wheels 4. Exhaust (smoke and gases) from the exploded gasoline leave the car through the tailpipe.

6 A bunch of stuff comes out the tailpipe of an internal combustion engine. On average, about half a pound of carbon dioxide comes out of the tailpipe for every one mile driven. Half a pound doesn’t seem like a lot, but people drive a LOT! If we added up the total distance driven by all US drivers in one year, how long would this distance be? – 200 million drivers – 15,000 miles driven annually by each driver 6

8 Why should we move away from oil? 8 Limited resource Gas is also getting expensive!

10 Alternative fuel vehicles Although many new car designs are being developed, one of the most radical changes is the shift away from gasoline as a fuel. Other fuel sources? – Electricity – Biofuels – Hydrogen Gas – Natural Gas 10

13 But, where does the electricity come from? 13 Input: Electricity From power plants! Amount of emissions depends on the type of power plant Output: Nothing! Energy comes from batteries, which don’t emit anything.

15 But, hydrogen can take a lot of energy to produce! 15 Input: Hydrogen Gas Output: Water

17 Alternative Fuel Downsides Doesn’t necessarily reduce emissions, depends on where the fuel comes from and how it’s made. Very expensive! The car can cost twice or three times as much up front. New cars require other support, for gasoline cars there are gas stations. Electric cars need charging stations, hydrogen cars need hydrogen gas stations. 17

18 Public transit is another way of saving fuel. 18 On average, one bus emits as much as five cars! Yes, emissions are higher for a bus than for a car.

20 Behavior and perception changes can also save fuel. Very difficult! Even if people care about the environment, they still need to drive to work, get groceries, drive kids, etc. Driving less and/or saving fuel was not something people cared about in the past. 20 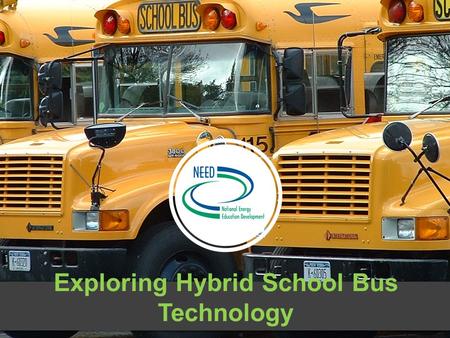 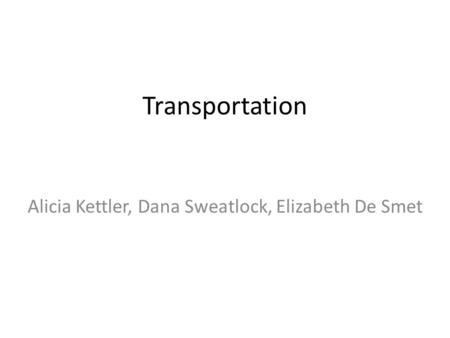 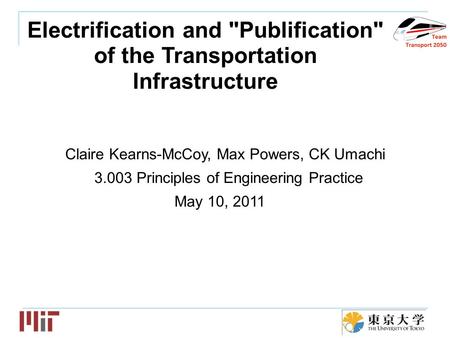 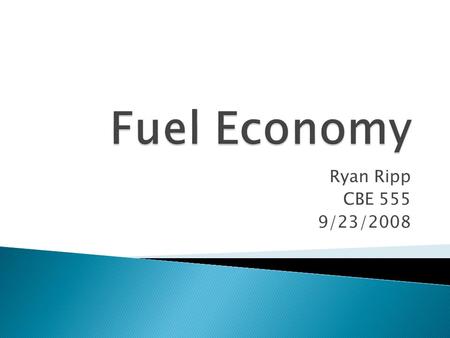 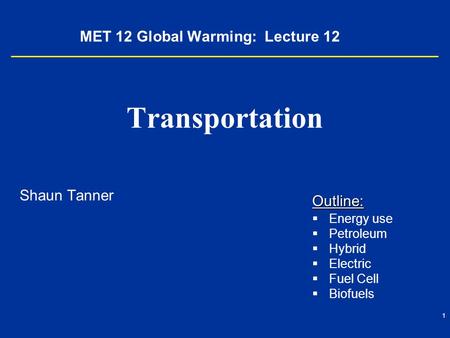 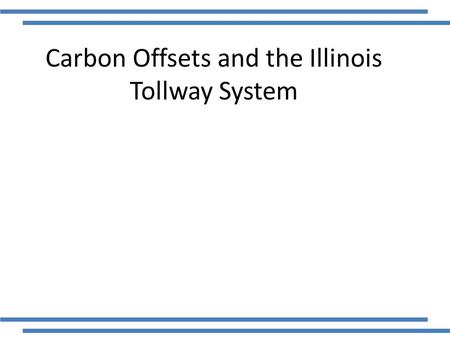