The Cold War from 1945-1962 As you move through the PowerPoint, take notes on your timeline. Some topics also require reading excerpts from the textbook.

Presentation on theme: "The Cold War from 1945-1962 As you move through the PowerPoint, take notes on your timeline. Some topics also require reading excerpts from the textbook."— Presentation transcript:

1 The Cold War from As you move through the PowerPoint, take notes on your timeline. Some topics also require reading excerpts from the textbook (as noted on your handout) or watching video clips. When you finish, analyze the primary documents on the back of the handout.

2 What was the Cold War? The Cold War was a period of intense hostility between the US and the USSR that stopped just short of actual war It lasted from

4 The Iron Curtain In 1946, Winston Churchill gave a famous speech about the start of the Cold War He said that an “iron curtain” had fallen across Europe What do you think he meant by this? More information about the speech:

5 Truman Doctrine (1947) The US states it will take responsibility for defending “free peoples who are resisting subjugation” throughout the world Often in the form of economic and military aid Why so significant? Think about America’s traditional foreign policy…

6 Marshall Plan (1948) Named after George Marshall, the US Secretary of State Gave billions of dollars to help Western Europe recover from the war Enacted to create a stable Europe, which would hopefully prevent any Communist political parties from becoming more popular

7 Containment The US wanted to prevent the spread of Communism by firm resistance This general policy of the US towards the USSR during the Cold War was called containment How do you think the Soviets viewed Truman and his policies? Images like this made Americans fearful of the threat of Communism

8 The First Problem of the Cold War: The Division of Germany
Germany had been divided into 4 zones of occupation after the war Berlin, though in the Soviet section, had been divided, too In 1948, Stalin begins a blockade of West Berlin to try to force the West to give up control of that part of the city What should be done? Occupied Germany

9 The Solution: The Berlin Airlift
Though a potentially dangerous situation, which could have escalated into war, the US responds with the Berlin Airlift, and flies plane-loads of supplies around the clock into West Berlin for over a year to support the West Berliners. Stalin eventually ends the blockade.

10 1949: A Busy Year West and East Germany are officially divided.
The USSR detonates its first atomic bomb—the arms race begins! Deterrence: Using the threat of a massive counter-strike to prevent an attack from an enemy; requires both sides to stockpile huge amounts of weapons

11 1949: A Busy Year A civil war in China is won by Communist forces
A Western military alliance called the North Atlantic Treaty Organization (NATO) is created

13 Results in a Climate of Fear…
All of these changes result in a climate of fear. Watch this video clip to see how the US government tried to make kids feel safer during this time…enjoy 

14 Korean War ( ) North Korea invades South Korea to establish a Communist regime US sends troops to help the South The fighting results in a stalemate What is the significance?

16 Sputnik Space Race During the Cold War, the two sides often competed in non-military ways The Soviet launch of Sputnik, the first satellite, launched the start of one such competition-the Space Race

17 Berlin Wall, 1961 Ordered by Nikita Khrushchev
Built to stop flow of refugees to West Berlin Symbol of the Cold War Watch this video:

18 You are the President of the United States, and a spy plane has just brought back this photo from a run over Cuba—which shows Soviet nuclear missiles--- what do you do?

22 If you want to test your knowledge…
Interactive Quizzes:

Download ppt "The Cold War from 1945-1962 As you move through the PowerPoint, take notes on your timeline. Some topics also require reading excerpts from the textbook." 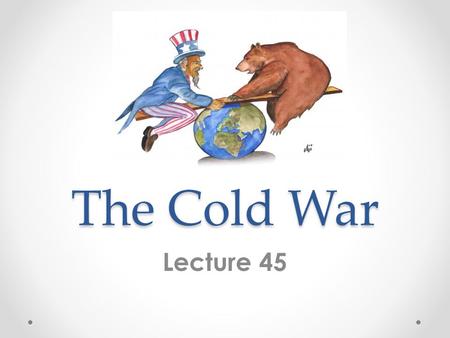 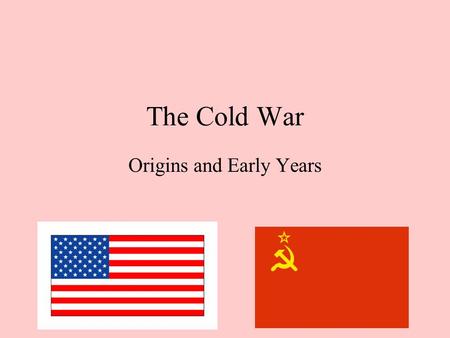 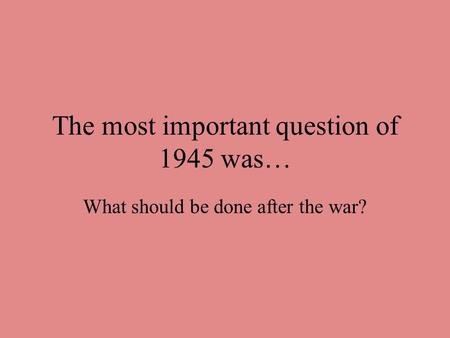 The most important question of 1945 was…