7 Interpretation of the Constitution What is equality under the law? To prevent “violation of essential human dignity and freedom through the imposition of disadvantage, stereotyping, or political and social prejudices, and to promote a society in which all persons enjoy equal recognition at law as human beings or as members of Canadian society, equally capable and equally deserving of concern, respect and consideration.” 7 Canadian Law

8 Interpretation of the Constitution Thus, the courts recognized four dimensions of equality: –Equality before the law is equality in the administration of justice, where all individuals are subject to the same criminal laws in the same manner by law enforcement and the courts. –Equality under the law is equality in the substance of the law, where the content of the law is equal and fair to everyone so that everyone experiences the same result. –Equal benefit of the law ensures that benefits imposed by law will be proportionate. –Equal protection of the law ensure that the protections imposed by law will be proportionate so that the human dignity of every person is equally safeguarded by the law. 8 Canadian Law

10 Criticism: –The Americanization of Canada: a focus on corporate and individual rights while ignoring social and group rights –Claims have been made that the federal government has allied itself with rights claimants, thereby limiting provincial powers –It is a cosmopolitan and not a Canadian document 10 Canadian Law

11 References [1]D.L. Marston, Law for Professional Engineers, 4th Ed., McGraw Hill, 2008. [2]Julie Vale, ECE 290 Course Notes, 2011. [3] Wikipedia, http://www.wikipedia.org/ These course slides are provided for the ECE 290 class. The material in it reflects Douglas Harder’s best judgment in light of the information available to him at the time of preparation. Any reliance on these course slides by any party for any other purpose are the responsibility of such parties. Douglas W. Harder accepts no responsibility for damages, if any, suffered by any party as a result of decisions made or actions based on these course slides for any other purpose than that for which it was intended. 11 Canadian Law 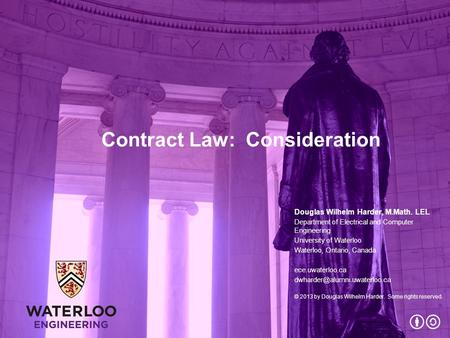 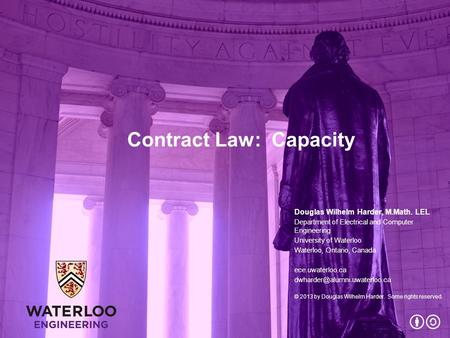 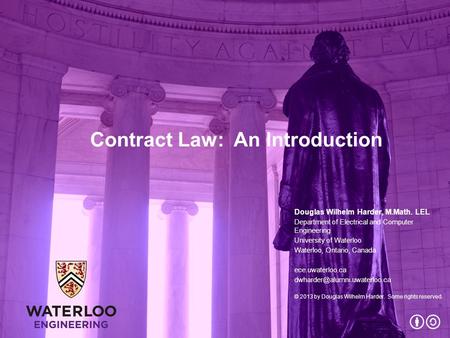 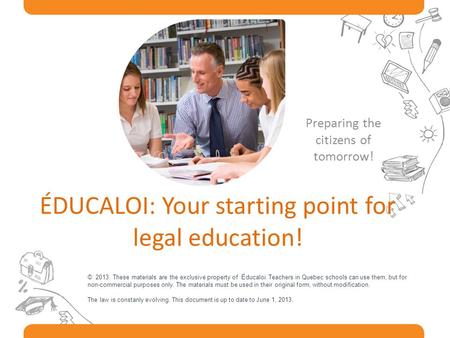 ÉDUCALOI: Your starting point for legal education! Preparing the citizens of tomorrow! © These materials are the exclusive property of Éducaloi. 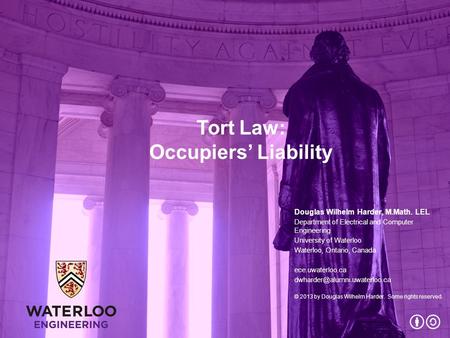 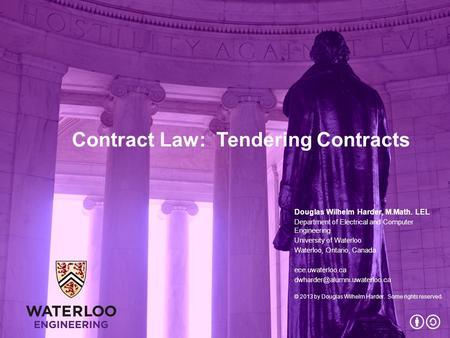 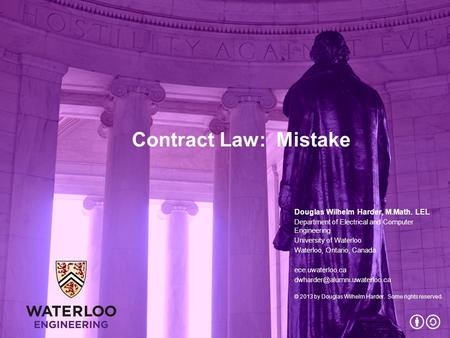 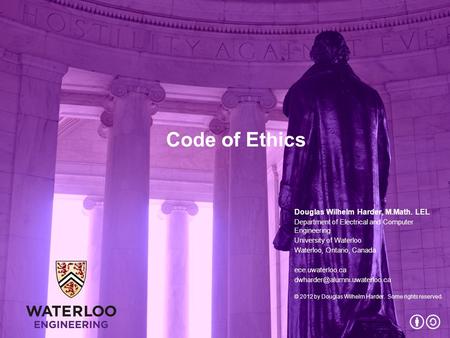 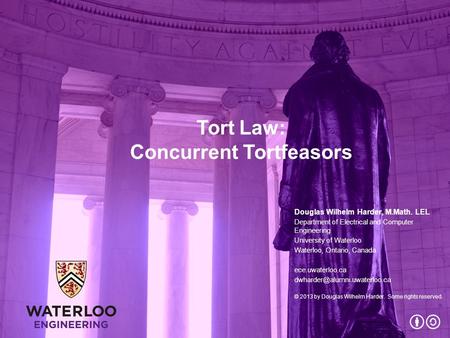 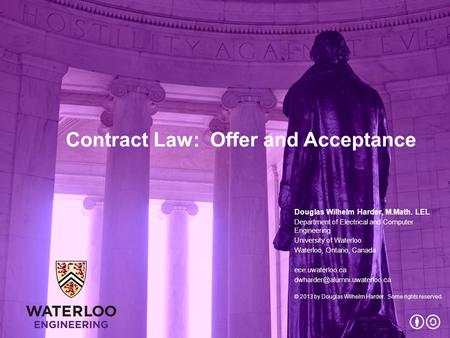 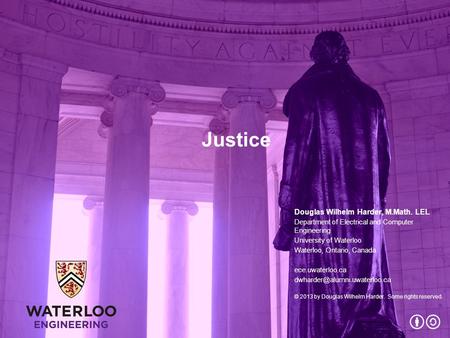 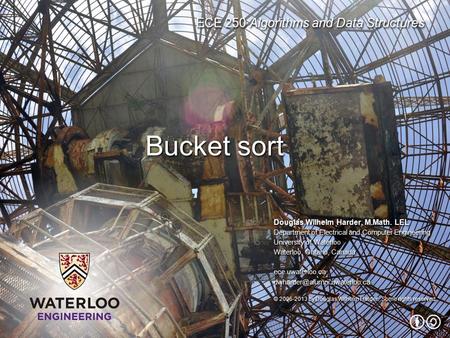 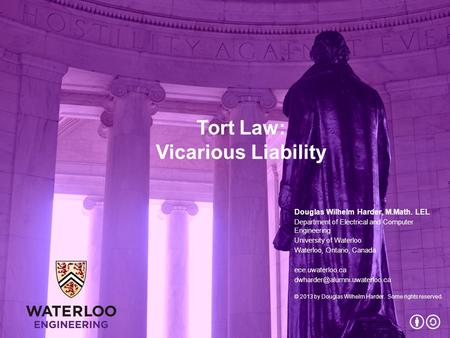 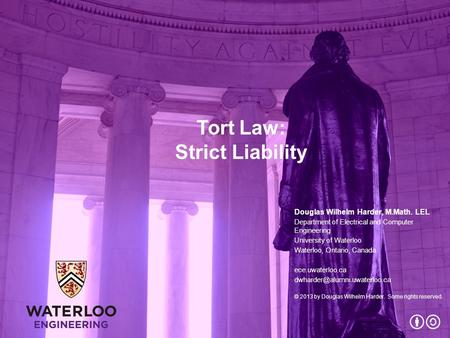 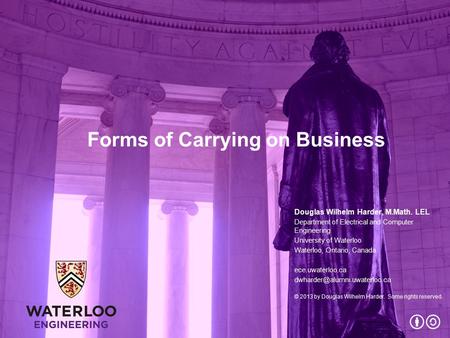 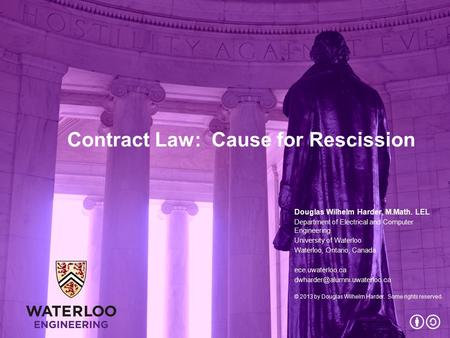 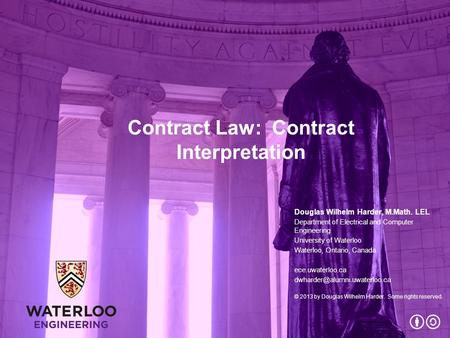 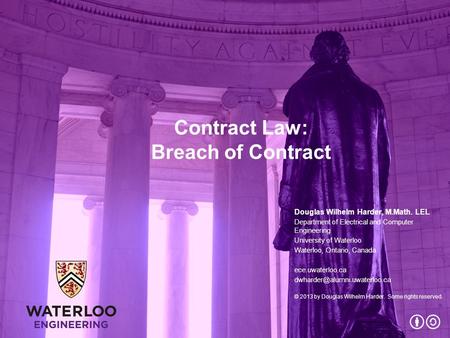